Just Why Do We Make New Year’s Resolutions?

Believe it or not, the annual practice of vowing to better yourself is twice as old as Christianity. Discover the long history of New Year's resolutions. 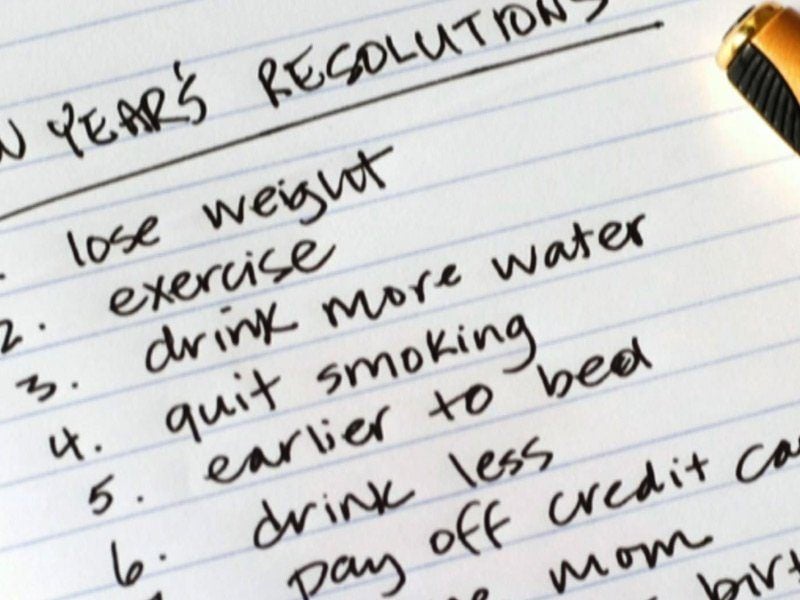 Have you ever wondered why the (slightly deluded) people in your life pledge to eat healthier/drink less alcohol/quit smoking/stop cheating on their partners every New Year’s Day? Is there just something in the air in the beginning of the year that encourages us to make countless vows to better ourselves, or is there more to the history of new year’s resolutions?

If you know this site at all, you’ll already have guessed that it’s the latter. New Year’s resolutions are actually a tradition twice as old as Christianity, which helps explain why they’re such an ingrained part of our culture (although not, obviously, important enough for most folk to consider sticking to them for more than a week).

The earliest recorded New Year’s celebration was 4,000 years ago, in ancient Babylon. Although they didn’t have written calendars, historians determined that the Babylonians observed their new year in late March, during the first new moon after the Spring Equinox. Their ceremonial festivities were known as the Akitu festival, which lasted 11 days and inspired the Babylonians to make promises that would align them with their gods and help them begin the year on the right foot.

New Year’s resolutions continued with the ancient Romans, when Julius Caesar decided to make some changes and introduce the Julian calendar, which closely represents the modern Gregorian calendar. Caesar declared January 1st, the first day of the year, a day to honor Janus, the god of new beginnings. Hence, Romans made (often moral) resolutions and offered sacrifices to Janus every New Year, and a tradition was born.

The concept of creating resolutions is now a popular part of Western culture. But while they stemmed from a spiritual nature, millions around the world now use the day to surrender bad habits. Despite the sad reality—approximately only 40% of people are still sticking to their resolutions by the middle of the year—it’s an act that gives people a little hope as they head into the unknown of another new year.

Gabrielle Kwarteng
A born and bred New Yorker, Gabrielle Kwarteng is the Social Media Manager for PBH Network. She loves to take street portraits with her Nikon FA and DJ for anyone who'll listen.
You might also like
Report a bad ad experience
×
Follow hu On