Young people on the latest HIV drugs can now expect to live almost as long as the average population thanks to advances in medicine. 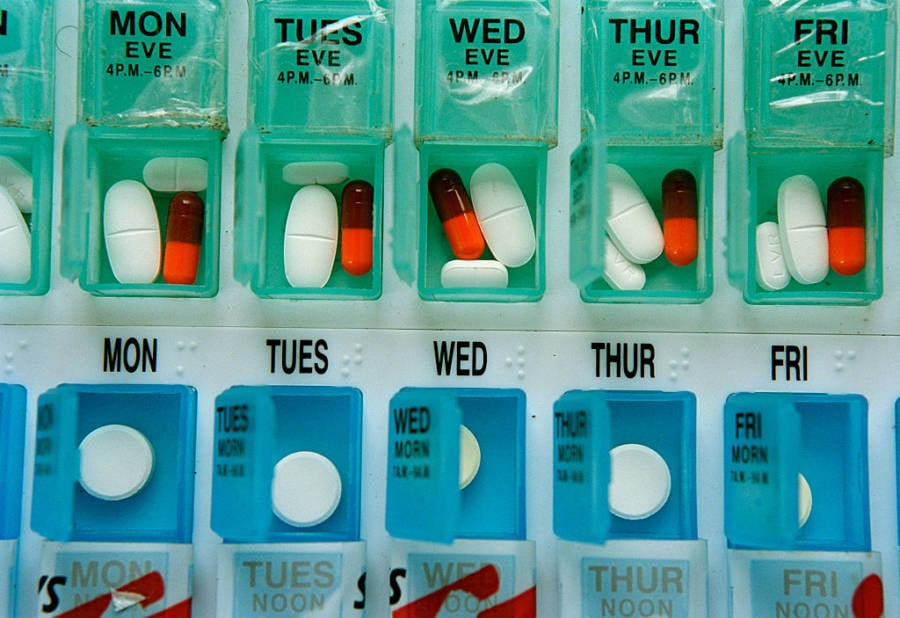 Gideon Mendel/Corbis via Getty ImagesThe same antiretroviral drugs in different forms: above, as three separate pills, and below combined into one generic tablet.

It wasn’t too long ago that an HIV diagnosis was as good as a death sentence.

In the 1980s and 1990s, the misunderstood disease was believed by many to be a sort of “gay cancer,” and was claiming young lives at a startling rate.

Though there is still no cure for the virus today, recent research shows that those living with the disease can finally expect to live fairly normal lives thanks to new advances in medication.

Twenty-year-olds who start medication therapy soon after their diagnosis have an average life expectancy of 78 years, which closely mirrors that of the general population, according to a new study from the University of Bristol.

That is ten years longer than anyone could expect in 1996, thanks to advances in the antiretroviral treatment, which has been called “one of the greatest public health success stories of the past 40 years.”

Antiretroviral therapy combines three or more drugs which, if taken once a day, stop the virus from replicating.

This has changed since the early days of the treatment, when dozens of different medications had to be taken at all different times of day.

Today, the limited number of drugs needed can be combined into one pill taken at the same time each day — which also has fewer side effects.

“We hope the results of this study go a long way to finally removing any remaining stigma associated with HIV, and ensuring that patients with HIV can live long and healthy lives without experiencing difficulties in gaining employment and – in countries where it is necessary – obtaining medical insurance,” Professor Helen Stokes-Lampard said of the new research.

Now, the focus for people working toward those goals is on early diagnosis — as one in every eight people with HIV is thought to be undiagnosed.

Though this proportion of the population has steadily fallen over the last 20 years, unawareness remains a key barrier to treatment in the developing world (where the majority of HIV deaths occur).

Developing new treatments is no longer the priority for stopping HIV, the study concludes. Rather, destigmatization and access to affordable antiretroviral medication are what will propel the virus into nonexistence.

Next, learn the story of David Kirby and the photo that changed the world’s perception of AIDS. Then, see the new research that finally did away with the HIV/AIDS “Patient Zero” myth.