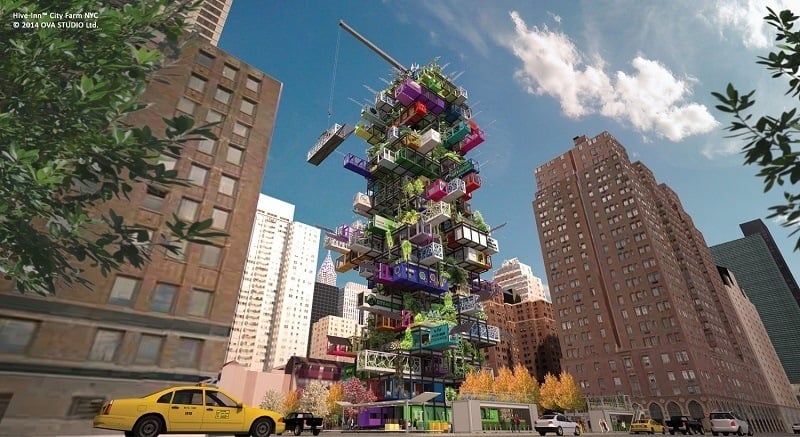 If you thought farming was best done in the country, you haven’t seen the Hive-Inn City Farm designs. These proposed designs are for a modular, modern farming structure to be erected in none other than the concrete jungle of New York City.

Created by the visionaries at OVA Studio Limited, the Hive-Inn City Farm draws heavily on designs from the Hive-Inn hotel, in which shipping containers are stacked upon one another to create a highly versatile, aesthetically appealing building. 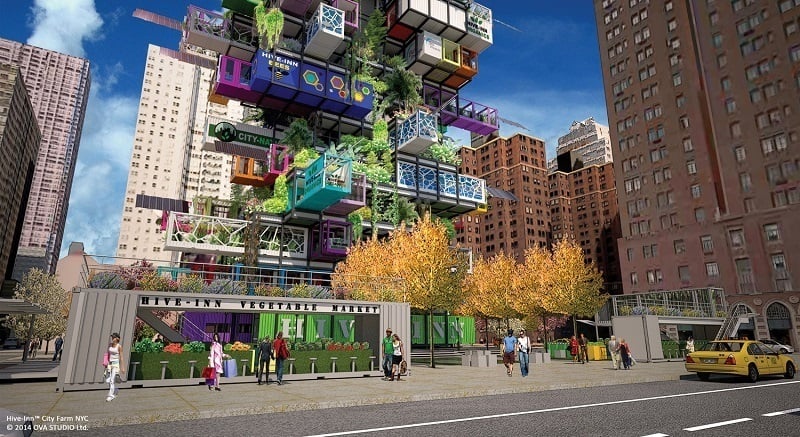 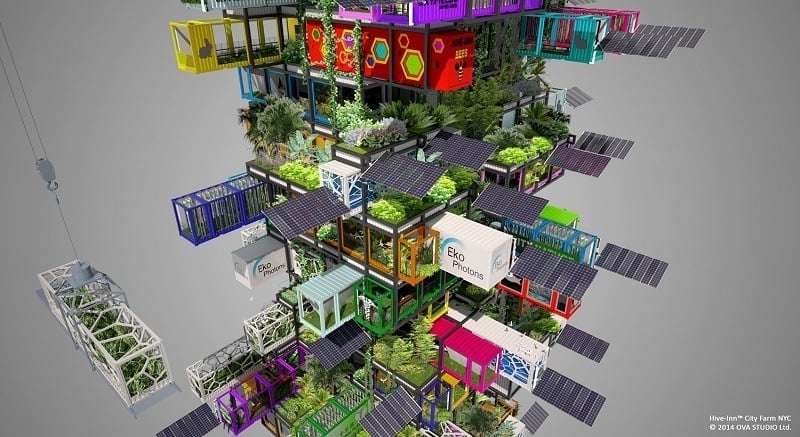 The Hive-Inn City Farm was designed to nurture a complete ecosystem in which each of the shipping containers have a specific purpose within the unit, ranging from producing food, harvesting energy or recycling water and waste.

Containers on the top of the unit collect rainwater, which is distributed by gravity throughout the rest of the units to feed plants and sustain fish. OVA Studio also proposed ideas for how the containers could use water and wind energy to produce electricity and compost waste. If all goes as planned, the Hive-Inn City Farm would be entirely self-sustainable and eco-friendly. 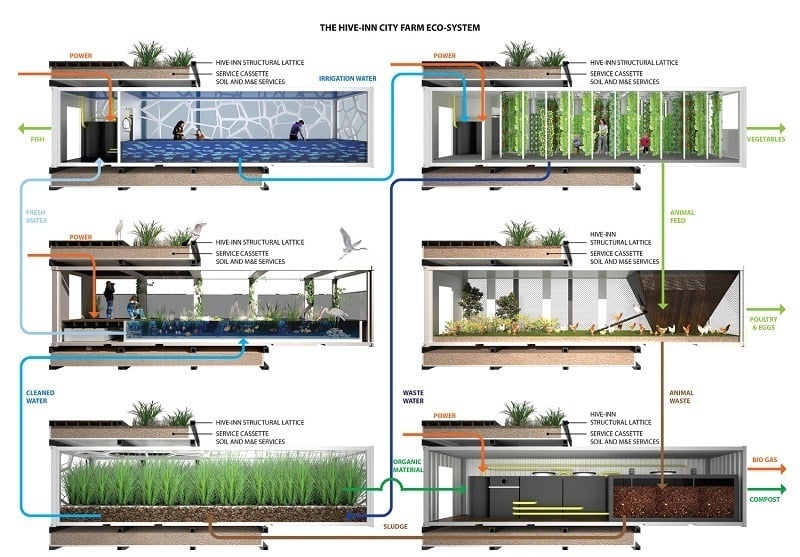 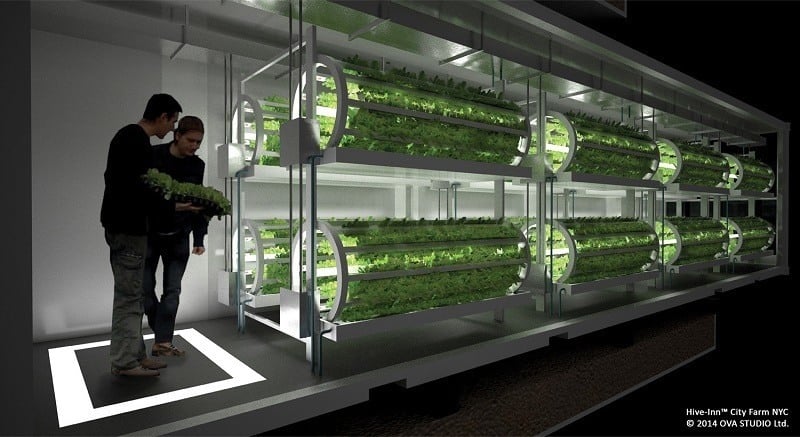 While the Hive-Inn City Farm would be a functional farming space in a highly industrialized area, it also has an important business function. Individual shipping containers can be owned or rented by local businesses, major organic brands and nearby restaurants to generate advertising income.

Since the various containers can be rearranged, replaced or redesigned based on client needs, the possibilities for the Hive-Inn City Farm are endless. This flexibility would also allow companies to move the shipping containers to warmer locations during New York’s winter to keep plants healthy during the cold. 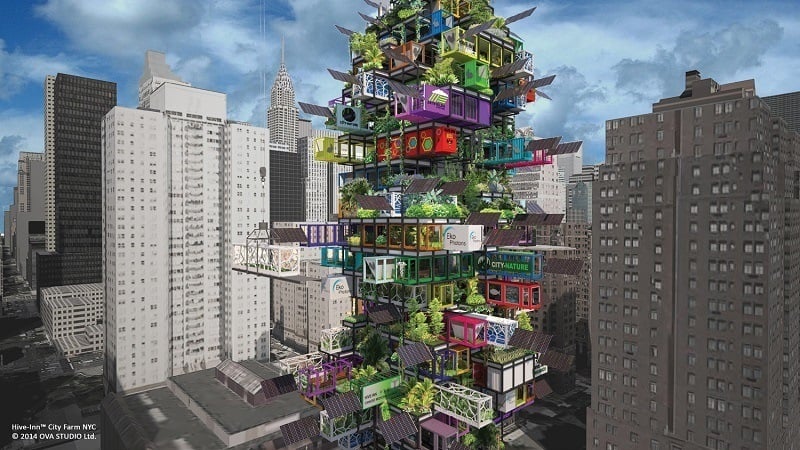 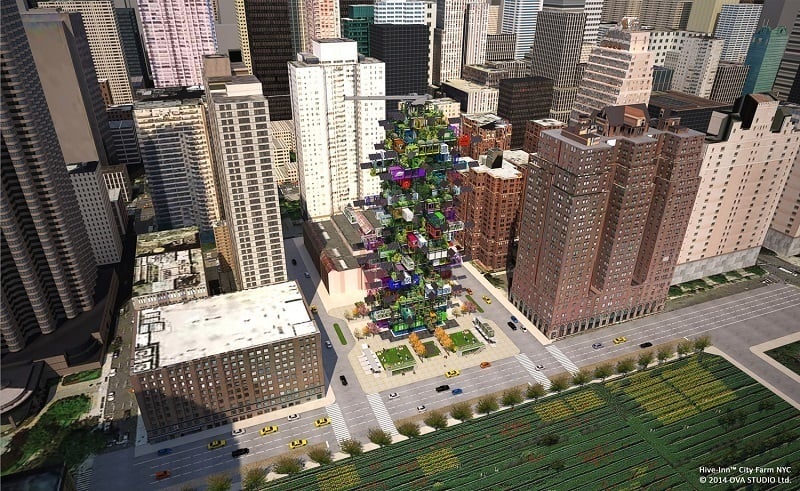 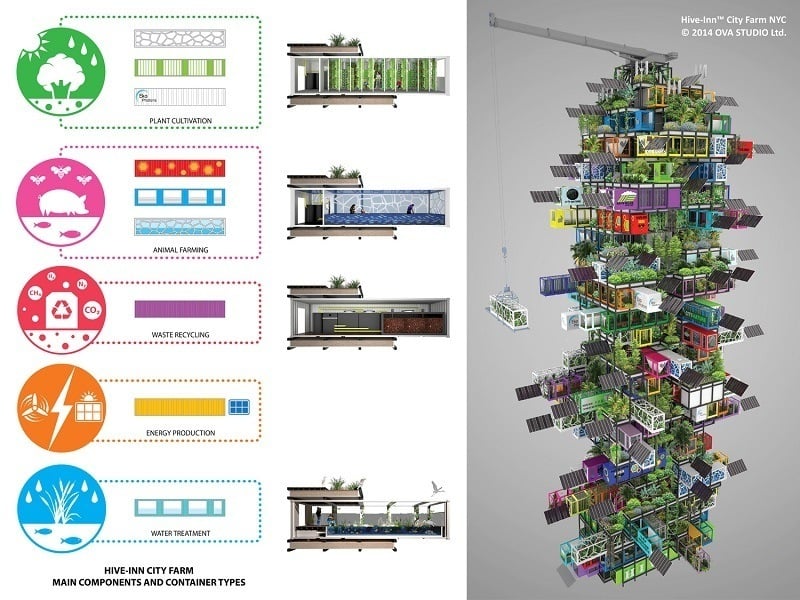