Honor Killing Perpetrators May Face Life In Prison, According To New Pakistani Law

Legislators say the time has come to end the "culture of impunity." 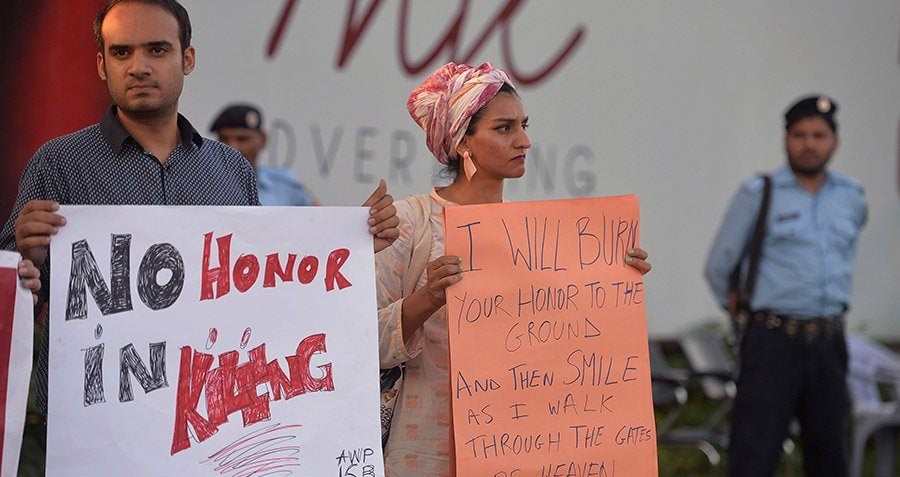 AAMIR QURESHI/AFP/Getty ImagesPakistani civil society activists carry placards during a protest in Islamabad on July 18, 2016 against the murder of social media celebrity Qandeel Baloch by her own brother.

A new Pakistani law makes it such that individuals who commit honor killings may face life in prison, even if the victim’s family pardons them.

The bill, called the Criminal Law Act, passed unanimously in both houses of parliament on Thursday, CNN reported. Legislators first introduced the bill in March 2015, in order to remove a loophole in Pakistani law that allows families to forgive those who commit honor killings — the slaying of a woman by a relative who believes that she has “dishonored” the family — and thus evade prosecution under the law.

This loophole, bill proponents say, helps create a culture of impunity and effectively condones violence against women in Pakistan.

“We’ve been working to remove such loopholes so victims get justice,” Pakistan’s Law Minister Zahid Hamid told CNN. “The right of retributive justice by the guardians of the victim means the accused are not even brought to trial at times.”

Now that the law has passed, this loophole has been closed, and “honor killing” perpetrators will face a minimum sentence of 25 years in jail.

“A vicious circle has now come to an end,” Senator Farhatullah Babar told CNN. “No murderer will be able to walk away free even if his parents or family members forgive him for killing his sister, wife or mother in the name of honor.”

According to the Criminal Law Act, honor killings claim the lives of hundreds of women each year and that as recently as 2012, 432 women lost their lives due to honor killings. However, that figure only includes reported cases, meaning actual incidence is likely higher.

This vote comes months after the killing of Pakistani social media personality Qandeel Baloch drew renewed international attention to the practice — and gender disparity writ large in the country. Indeed, according to the World Economic Forum’s 2015 Gender Gap Report, Pakistan ranked 144 out of 145 countries with regard to gender disparity. 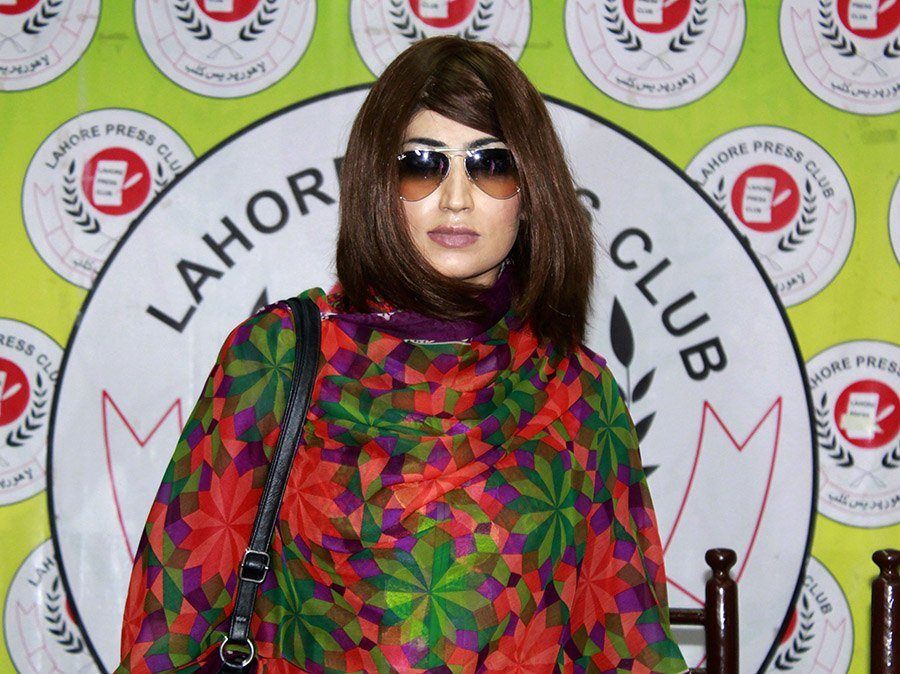 STR/AFP/Getty ImagesPakistani social media celebrity Qandeel Baloch. Baloch, whom many young people admired and many conservatives loathed, was murdered by her brother in July 2016.

While many say the bill’s passage is a step in the right direction, critics say it doesn’t go far enough, and that the country still has a long way to go when it comes to making real gains in gender equality.

“I strongly want to say that this bill still needs a lot of amendments,” senator Sherry Rehman, the first Pakistani parliamentarian to introduce a bill against honor killings, told CNN.

“That culture of impunity still has to go. The woman who has not been murdered, the survivors of such crimes have not been provided with any recourse. This bill only deals with murder and death. “This still does not make honor killing a crime against the state, which is what we have also been working for.”

In order to understand what kind of culture the Pakistani parliament is going up against, check out the Pakistani Islamic Council’s call to permit husbands to beat their wives. Then, read up on the horrifying honor killing by fire of a 16-year-old Pakistani girl this past spring.