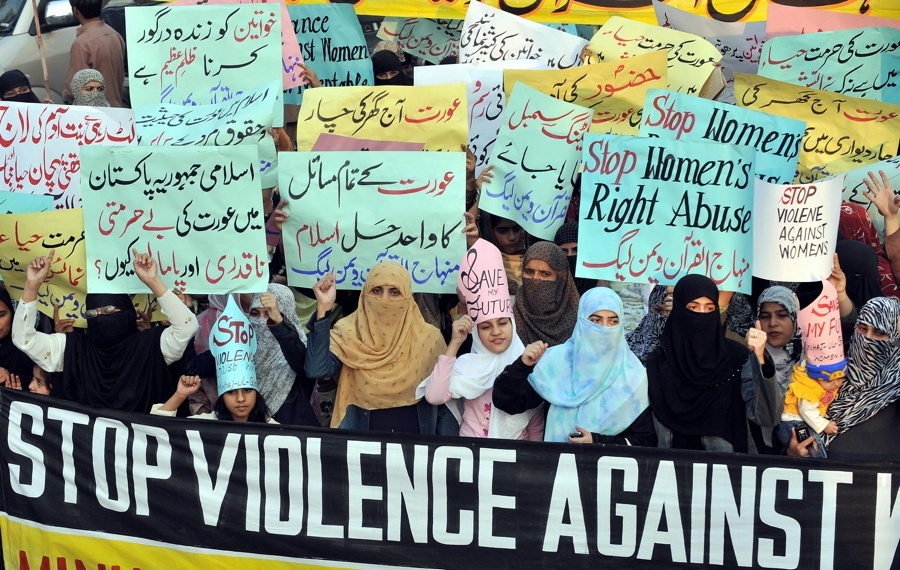 Last week, just 30 miles outside the Pakistani capital of Islamabad, a 16-year-old girl was set ablaze.

Acting on information from the girl’s own mother, a tribal council tied the girl to the seat of the van used to commit her “offense,” covered the van in gasoline, and set it on fire, leaving her to die.

Her crime? Helping a couple from a nearby town use that van to elope.

In the words of district police chief Saeed Wazir, “I hadn’t seen such a barbaric attack in my whole life.”

While much of the world has likewise never seen — nor even heard much about — such attacks, scenes like the one last week are chillingly common.

They’re called honor killings. In the words of Amnesty International:

“Relatives, usually male, commit acts of violence against wives, sisters, daughters and mothers to reclaim their family honor from real or suspected actions that are perceived to have compromised it. Due to a range of factors, including discriminatory attitudes and beliefs about women, officials often condone or ignore the use of torture and brutality against women. As a result, the majority of so-called honor killings go unreported and perpetrators face little, if any, consequence.”

According to the Honour Based Violence Awareness Network, 5,000 honor killings occur worldwide each year — although they, like Amnesty International, are all but certain that the actual figure is much higher because so many killings go unreported — with at least 1,000 of those taking place in Pakistan, perhaps the biggest offender.

The tribal councils (jirgas) largely responsible for honor killings, are, according to Reuters, summoned often in northwest Pakistan to resolve disputes, although their rulings aren’t technically law.

Currently, Pakistan’s government is working on legislation that would fight back against the jirga loophole and help reduce the number of honor killings that go unpunished.

For now, in the case of the 16-year-old put to death last week, punishment for her killers may actually be coming. On Thursday, police arrested 15 members of the jirga responsible for her horrifying end.

Next, meet the Kurdish women fighting back against ISIS.