When a dangerous riptide swept a Florida family away, strangers on the beach took more action than law enforcement. 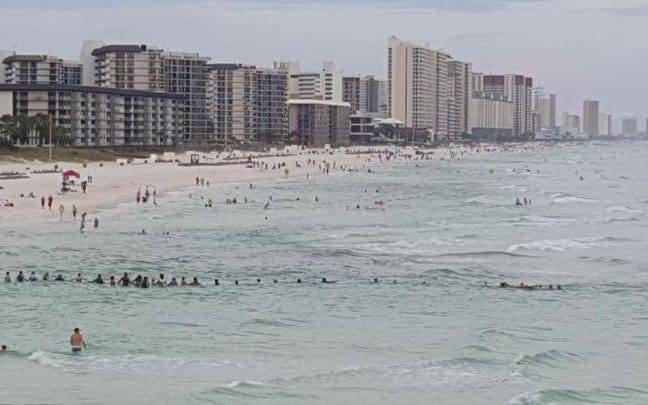 The nine people had already been treading water for 20 minutes, fighting a powerful riptide off the shores of Florida’s Panama City Beach on Saturday, when bystanders decided to take action.

“Form a human chain!” strangers began to shout, anxiously watching the heads bobbing in the water 100 yards away.

The stranded victims included six members of one family. Two of them, brothers Noah and Stephen Ursrey (ages 11 and 8, respectively), had become separated from their family while playing on boogie boards in the waves.

When the boy’s family members tried to rescue them, they got caught as well — as did another couple who had already been in the water nearby.

Law enforcement had already been called, but decided it would be best to wait for a rescue boat.

But the people left on the beach couldn’t wait. 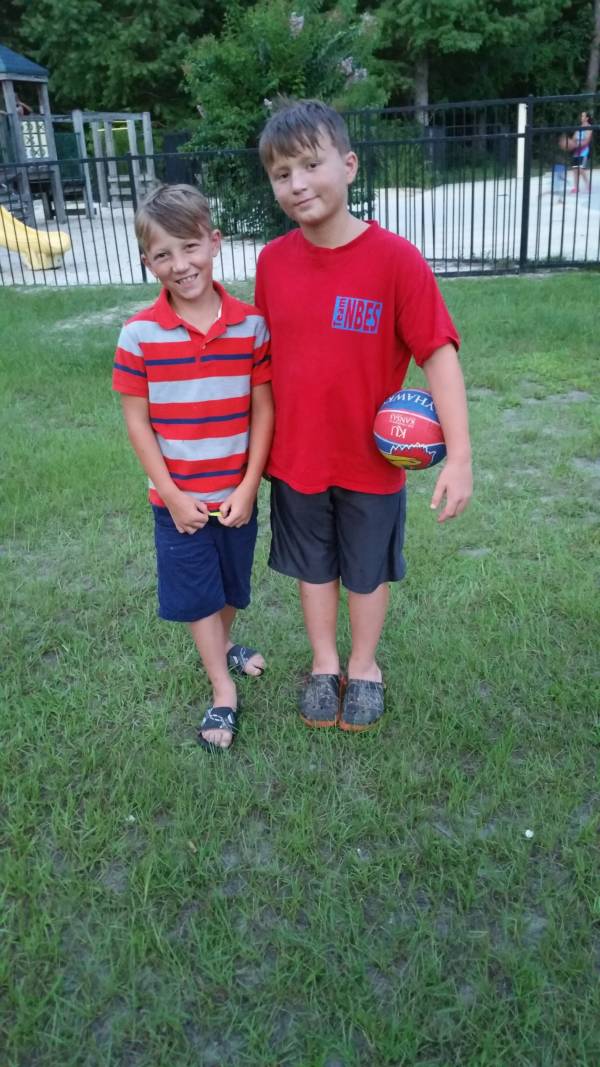 Five volunteers began linking arms — reaching only a short way into the water. Then 10 more joined in. Soon, around 80 people were linked together — stretching toward the quickly tiring group.

“I got to the end, and I know I’m a really good swimmer,” one volunteer, Jessica Simmons, told the News Herald. “I practically lived in a pool. I knew I could get out there and get to them.”

She was right. Simmons and her husband soon made contact. They began passing the boys and the others down the human chain and toward the beach.

By the time they reached Roberta Ursrey (the boys’ mother), she was on the verge of giving up.

She blacked out just as Simmons got ahold of her and woke up on the sand.

But when she came to, she learned that her 67-year-old mother, Barbara Franz, was still stuck.

Someone yelled that she was having a heart attack.

Though Franz instructed her family “to just let her go,” they persevered as the chain stretched to meet them.

An hour after they had entered the water, all of the stranded swimmers had been returned to the beach.

Franz had indeed suffered a huge heart attack and a stomach aneurysm while in the water, but she is now reportedly in stable condition.

“To see people from different races and genders come into action to help TOTAL strangers is absolutely amazing to see!!” Simmons wrote in a Facebook post. “People who didn’t even know each other went HAND IN HAND IN A LINE, into the water to try and reach them. Pause and just IMAGINE that.”

“It showed me there are good people in this world,” she said.

Next, check out the Irish beach that suddenly reappeared 33 years after vanishing entirely. Then, watch this insane video of a sea lion dragging a girl into the water.