Humans May Have Adopted Monogamy To Avoid STIs

A new study proposes that human monogamy may be the result of both sexually transmitted infections and peer pressure. Here's how and why. 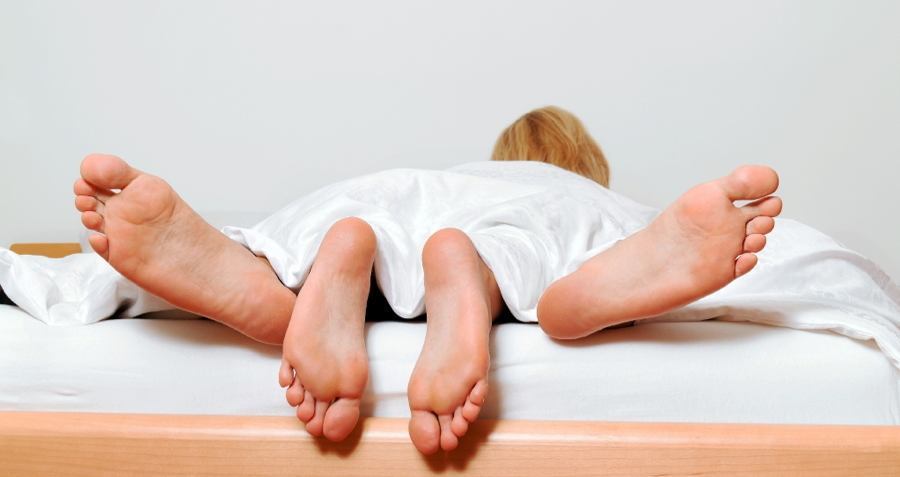 A study published Tuesday in Nature Communications claims that fear of sexually transmitted infections among our prehistoric ancestors may have been the very cause of human monogamy.

University of Waterloo professor Chris Bauch and his research partner, Richard McElreath, of the Max Planck Institute for Evolutionary Anthropology, hypothesized that high rates of STIs like syphilis, chlamydia, and gonorrhea caused early humans to change their mating behavior in order to survive. This, they say, is when the social norms that so many of us still live by today first began to develop.

Bach and McElreath’s story goes like this. When humans were hunter-gatherers, a small group of males usually dominated the mating pool, and had only one aim: To quickly increase the group’s number of children. In these smaller societies, where the number of sexually mature humans usually hovered around just 30, STI outbreaks didn’t have long-term effects on the health of the group.

But as humans moved out of the hunter-gatherer phase and into farming, populations began to grow rapidly, and STIs ran rampant, often causing infertility.

So, as these early humans realized that sex with multiple partners was spreading disease rather than increasing their numbers, monogamy became the preferred practice — and equated with survival.

Even more intriguing, however, is how monogamy transitioned from an evolutionary “best practice” to a social expectation. Indeed, Bauch and McElreath’s study proposes that monogamy-practicing groups began to punish males who continued to practice polygamy. Over time, they argue societies that had ingrained monogamy into their social structures had an advantage over those groups that did not adapt.

After learning the origins of human monogamy, read more about why we kiss. Then, find out why scientists are claiming that sex as we know it may disappear within the next 30 years.