The Indian Muslim girl was murdered for dating an Arab Muslim man. 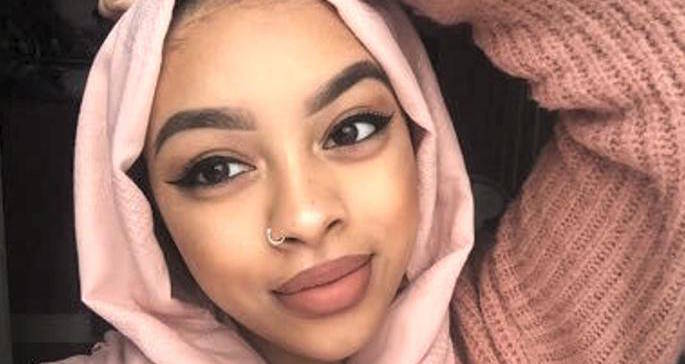 More details have been revealed in the brutal honor killing of London teen Celine Dookhran.

The Times reports that two men in ski masks abducted the 19-year-old Indian Muslim and her cousin, whose name has not been released, last Wednesday.

The assailants used tasers to subdue the women. Once comatose, the kidnappers bound them, wrapped them up in dust sheets and put them in their car. They then brought the young women to a house under renovation in a southwest London gated community.

At this empty suburban home, the assailants attacked and repeatedly raped the abducted women. At some point, one of the kidnappers slit Celine’s throat and killed her. Her corpse was stuffed into a refrigerator in the home.

She began banging on the doors of nearby houses, before stumbling her way to a nearby hospital. Doctors noted that she sustained multiple stab wounds and a slashed throat.

Celine was a make-up artist who had a burgeoning career in film makeup.

Two London men, Mujahid Arshid and Vincent Tappu, have been arrested for the attack on the two women and the murder of Celine.

Police believe the murder was an honor killing motivated by Celine’s relationship with an Arab Muslim man.

Honor killings — where members of a community or family kill one of their own for bringing dishonor or shame upon the family — happen in many cultures, and are often reactions to family members who date outside of their religion or ethnicity.

In Pakistan, where the killings are most pervasive, local human rights group the Aurat Foundation estimates that they end the lives of 1,000 women per year.

Though Celine’s boyfriend was Muslim, he had a different ethnicity — a difference that, to her assailants, apparently justified her murder.

These murders are often hard to prosecute, as members of the family and community who know about the killing are often unwilling to speak to police. In this case, however, one woman’s survival makes this scenario less likely.

Next, read about a Christian father in Israel who killed his daughter for dating a Muslim man. Then, learn about a new law that was passed in Pakistan saying that individuals who commit honor killings may face life in prison.