In a first-of-its-kind treatment, universal immune cells have cured two babies of leukemia. 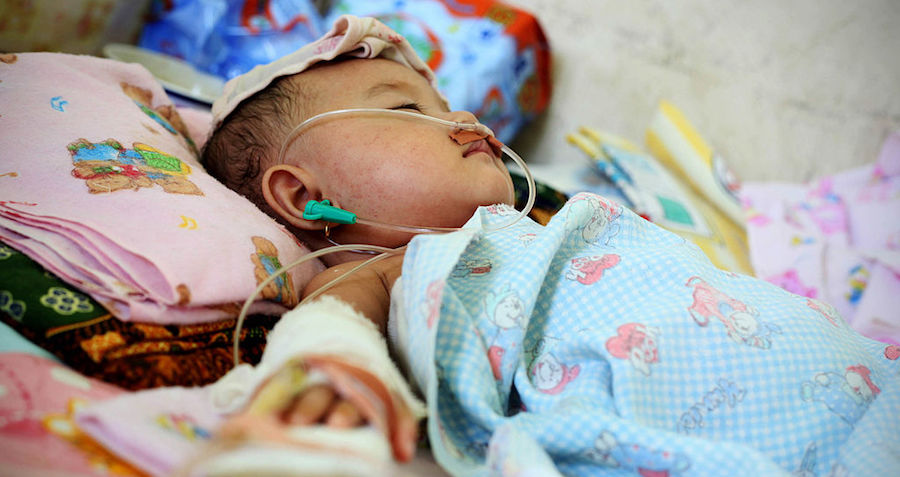 Aged 11 and 16 months, both infants previously underwent treatments that failed. Then, Waseem Qasim, the physician and gene-therapy expert who directed the experiments, administered the immune cell treatment to great success, as detailed in the case study published in Science Translational Medicine this week.

While all immunotherapy treatments require engineering T-cells (the attacking immune cells) to combat leukemia, the off-the-shelf universal approach has a distinct advantage.

“The patient could be treated immediately, as opposed to taking cells from a patient and manufacturing them,” said Julianne Smith, vice president of CAR-T development for Cellectis, one of the biotech firms investing in universal cells, to Technology Review.

According to Smith, the off-the-shelf approach turns a single donor’s blood into “hundreds” of doses that are then frozen and stored.

This was the world’s first attempt to use low-priced universal cells to fight cancer. The experiment’s success has raised the possibility of cancer patients receiving off-the-shelf cellular therapy, which doctors can drip into patients’ veins without the need to collect and re-engineer each patient’s blood cells, in a clinical setting.

“We estimate the cost to manufacture a dose would be about $4,000,” Smith said, which is roughly ten times less than what it costs to alter an individual patient’s cells. However, either treatment will cost insurers half a million dollars or more when they reach the market.

The universal cells given to the London infants are the most intensely genetically altered cells doctors have administered to patients. The donor cells were engineered not to attack the body of another person and instead directed to focus on cancer cells.

However, some skepticism about the results of the experiment does exist. Because the babies received standard chemotherapy as well beforehand, detractors say that the treatment failed to prove that the universal cells really cured the leukemia.

“There is a hint of efficacy but no proof,” said Stephan Grupp, director of cancer immunotherapy at the Children’s Hospital of Philadelphia, to Technology Review. “It would be great if it works, but that just hasn’t been shown yet.”

Next, read up on the lung cancer vaccine that just got FDA approval, before reading about whether or not cell phones truly cause cancer.