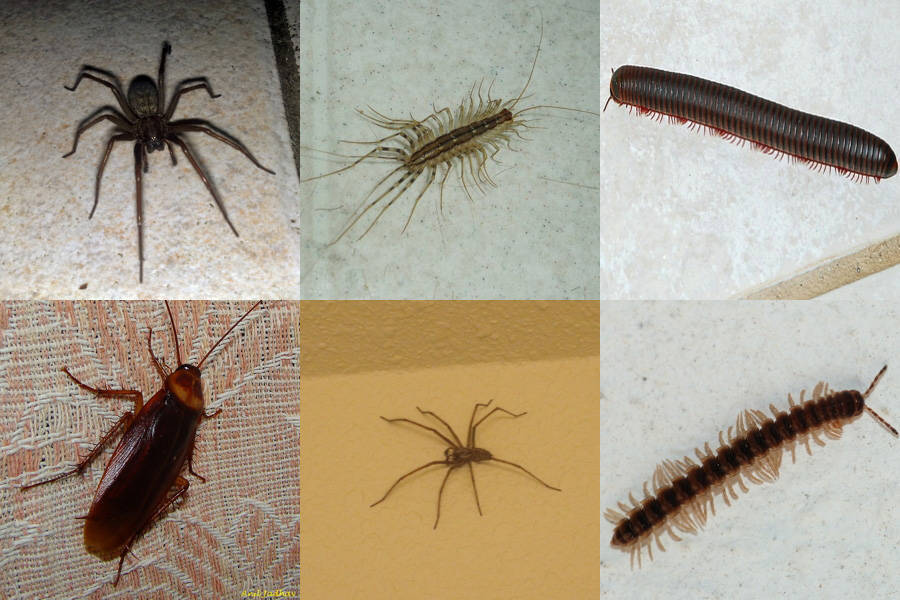 North Carolina State University recently published the first study of arthropods — spiders, cockroaches, millipedes, and many, many others — in U.S. homes. The results are terrifying.

The researchers visited 50 random homes (of the 400 who replied to their open call) near Raleigh, North Carolina and went room-to-room searching for all the arthropods they could find. They collected and catalogued all that they came across.

And what they came across was a whopping 10,000 specimens. Somehow that number becomes even scarier when you divide it down based on the number of homes. With 50 homes and 554 rooms, that means that they found approximately 18 arthropods per room. Of those 554 rooms, only five (four bathrooms and one bedroom) contained no arthropods.

Those 10,000 specimens came from 579 different morphospecies, with each individual home containing about 100 different varieties of arthropod. About 75 percent of those varieties were either spiders, flies, wasps, beetles, or ants. Furthermore, every single home surveyed contained cobweb spiders, carpet beetles, gall midges, and ants. See the complete breakdown of arthropod diversity in the average home below: 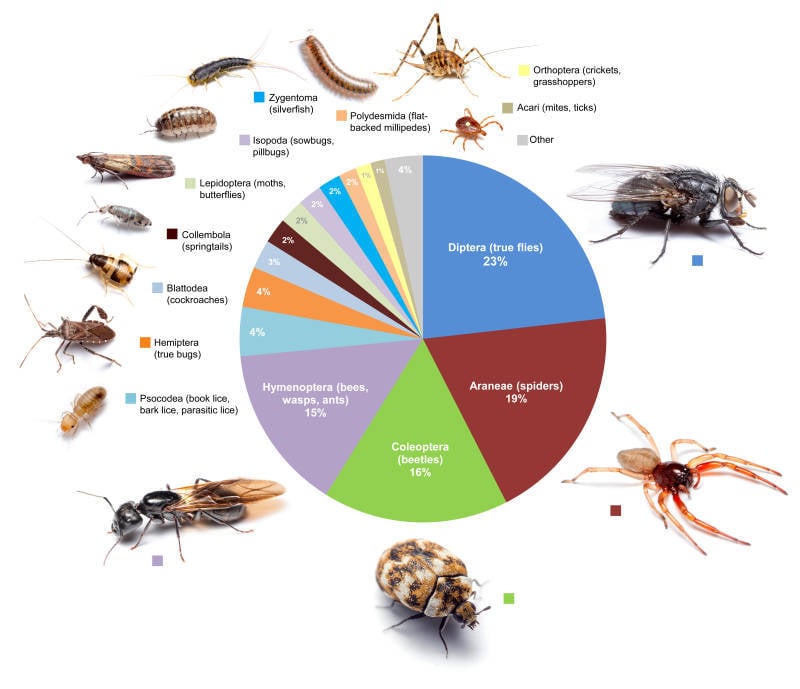 Perhaps even scarier than what the researchers found was what they never even had a chance to find. First, they didn’t search drawers, cupboards, or any other place that would impinge upon the residents’ privacy. Second, they didn’t move heavy furniture out of fear for the researchers’ safety. One can only imagine how much higher the totals would have been had those two things not been true.

Nevertheless, the researchers, led by Matt Bertone, want to spread a message of calm acceptance, and not fear. “Homeowners were extremely surprised, and some were appalled,” Bertone told Smithosonian. “But basically, that surprise goes to show that arthropods really don’t bother you.”

“We think our homes are sterile environments, but they’re not,” Bertone said. “There’s a myth that says you’re never more than three feet from a spider. After finding cobweb spiders in 65 percent of rooms, I think that could be true.”

Now that this first major study on the topic has been completed, the researchers are anxious to follow up. “This is only a first glimpse into the species that live in our homes, and more work needs to be done to flesh this picture out,” said Michelle Trautwein, of the California Academy of Sciences and a co-author of the study.

It’s a safe bet that most of us would prefer that no more work on this matter be done at all.