This isn't the first time mutilated bodies with missing organs have been found in ISIS hospitals. 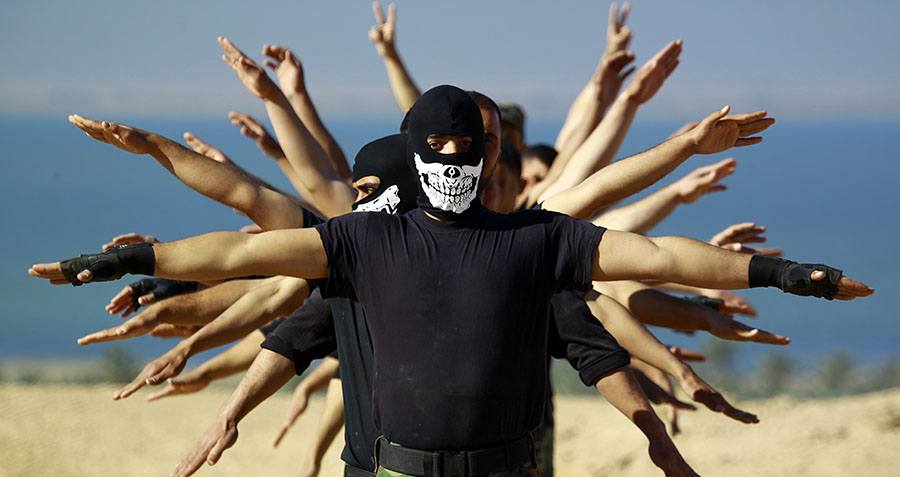 As oil revenues dry up, ISIS has set its sights on a new source of income: human organs.

According to independent Iraqi TV network Alsumaria News, the terrorist organization is harvesting organs from slain civilians and ISIS soldiers, specifically militants in hospitals in the Northern Iraqi city of Nineveh.

“A medical unit belonging to the ISIS stole human organs, including kidneys and other organs, from 85 militants in Nineveh hospitals, and transferred them to other hospital in the outskirt of the city . . . The group lost the majority of its funds, especially crude oil that provided 80% of the total income of the terrorist group, so it started to trade in human organs to revive its finances . . . Dozens of human organs were stolen from civilians and bodies that were transferred to the forensic medicine department, and then transferred through mediators to Syria then to human organs traders.”

This isn’t the first time ISIS has made the news for extracting human organs against their victims’ will.

Mohamed Alhakim, the Iraqi ambassador to the United Nations, implored the United Nations Security Council to look into the matter this past December after a dozen doctors in Mosul were supposedly killed for refusing to surgically remove organs from humans. “This is clearly something bigger than we think,” said Alhakim.

“Some of the bodies we found are mutilated … that means some parts are missing,” Alhakim said to reporters after the UN meeting, according to CNN, adding that there were openings in the bodies where the kidneys should have been.

Experts say that organ harvesting isn’t exclusive to ISIS, however.

“Dead bodies, once they are disarticulated, pulverized, processed, freeze-dried, etc., are so far removed from the ‘human’ person that they are simply commodities. The demand for fresh organs and tissues . . . is insatiable,” said Scheper-Hughes, adding that fresh kidneys from “the brain dead or from those executed with the assistance of trained organ harvesters are the blood diamonds of illicit and criminal trafficking.”

Indeed, according to the U.S. treasury, ISIS rakes in around $1 million a day, making it the wealthiest terrorist group in history. It uses this revenue to expand its endeavors into Iraq and Syria, and to fund future suicide attacks and assassinations.

Next, check out the lake of purple fire ISIS left behind while retreating, before learning why Donald Trump’s presidential victory may have been exactly what the terrorist group needed.