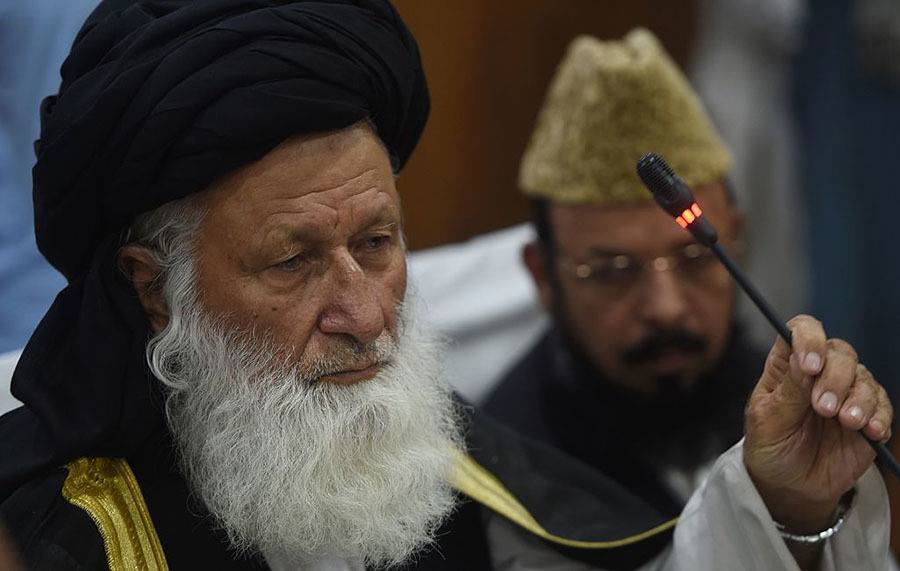 Pakistan’s Council of Islamic Ideology (CII) recently released a proposal on conflict resolution between spouses. According to the bill obtained by Pakistan’s Express-Tribune and confirmed by the Washington Post:

“A husband should be allowed to lightly beat his wife if she defies his commands and refuses to dress up as per his desires; turns down demand of intercourse without any religious excuse or does not take a bath after intercourse or menstrual periods.”

The CII drafted the proposal in response to a recently approved law which would grant women protection from abusive husbands. The law was passed in Punjab, Pakistan’s most populated province.

The council, which bases its recommendations on Sharia law, also advocates for the legalization of domestic violence if a woman “interacts with strangers; speaks loud enough that she can easily be heard by strangers; and provides monetary support to people without taking consent of her spouse,” the Express-Tribune wrote.

As Pakistan is an Islamic Republic and the Council was created for the sake of advising legislators if a proposed law is “un-Islamic,” the proposal’s language seems even more ominous. After all, council members have charged legislators who defy their recommendations with blasphemy, which in Pakistan is punishable by death.

But activists on the ground say the proposal has little chance of becoming law.

“[The proposal] shows the decadent mindset of some elements who are part of the council,” human rights activist Farzana Bari told the Washington Post. “The proposed bill has nothing to do with Islam and would just bring a bad name to this country.”

In some ways, Bari is right: While bills like this paint Pakistan as objectively backwards, the Washington Post notes that in many ways, the country is more advanced than some other Islamic countries. For instance, in 1988 Benazir Bhutto became Pakistan’s prime minister, with Pakistan becoming the first Muslim-majority country to install a female head of state.

Likewise, there are no official restrictions on what women in the country can wear in public — nor is it the case that Pakistani women are forbidden to drive. However, many of these comparative freedoms are enjoyed almost exclusively by women in urban areas.

For Bari, one way to change this is by disbanding the CII once and for all, she told the Post.

“Violence against women can’t be accepted,” Bari said. “It’s time for the nation to stand up to people who come up with such proposed laws.”

Next, read about Pakistan’s honor killings.