Two tons of valuable trinkets and tusks will be crushed in order to send a message to poachers and purchasers alike. 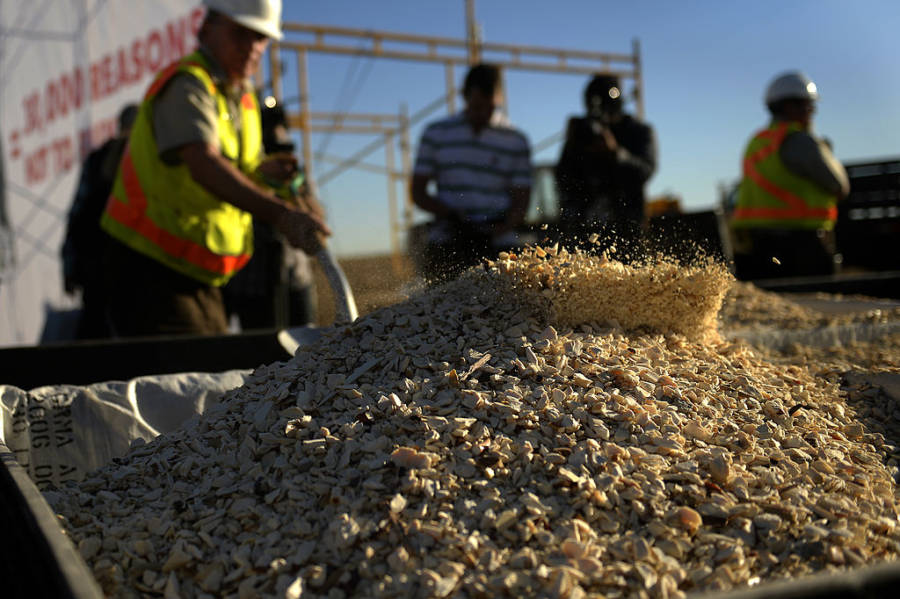 Joe Amon/The Denver Post via Getty ImagesUS Fish and Wildlife, at the direction of President Obama, crushed tons of ivory at the Rocky Mountain Arsenal Wildlife Refuge in 2013.

On Thursday, the New York Department of Environmental Conservation will pile up nearly two tons of elephant tusks, ivory statues, and ornately carved jewelry valued at more than $8 million.

Then, they’ll smash them.

“The Crush…signals our nation’s commitment to ending the global poaching crisis,” the department said in a press release.

Poaching has posed a growing threat to the African forest elephant population — which some scientists suspect could go extinct within the decade — as well as the African savannah elephant populations, which have declined by as much as 30 percent in the past decade alone, according to the Paul G. Allen Family Foundation.

To combat the trade in America, New York banned the sale of ivory in 2014. All of the items to be destroyed on Thursday were confiscated as a result of that ban.

The pulverizing of valuable trinkets isn’t just a symbolic nod to the majestic creatures. Similar crush events have been held since 1989 for a wide range of emblematic and practical purposes.

“Doing so helps reduce speculation (the existence of stockpiles drives up speculation) and clearly signals to poachers and traffickers that the U.S. will not reopen its ivory market,” the release explained. “Thereby reducing their incentive to kill elephants.”

It also helps avoid theft, since one-third of government ivory stockpiles have been robbed, according to a 2010 TRAFFIC report.

This will be the 30th ivory crush in the U.S. The first took place in 2013, when six tons of ivory were destroyed in Denver, Colorado. In 2015, one ton of ivory was demolished in Times Square.

Each day, 96 African elephants are killed for their tusks, according to the Wildlife Conservation Society (which partnered with the NYDEC for the event).

It’s unclear what will be done with the rubble, though some have suggested building a sort of elephant memorial.

This Crush will take place on Thursday in Central Park. We’ll have reporters there, so stay tuned for updates and video!

Want to crush some ivory? This is your last chance to enter for the opportunity to personally place a piece of…

Next, read about the poacher who killed 100 elephants with cyanide earlier this month. Then, watch an elephant stranded nine miles out at sea get rescued by the Sri Lankan Navy.