"He told deputies he only came to the meeting place because he believed it was an undercover sting and he thought it would be cool to see it in action." 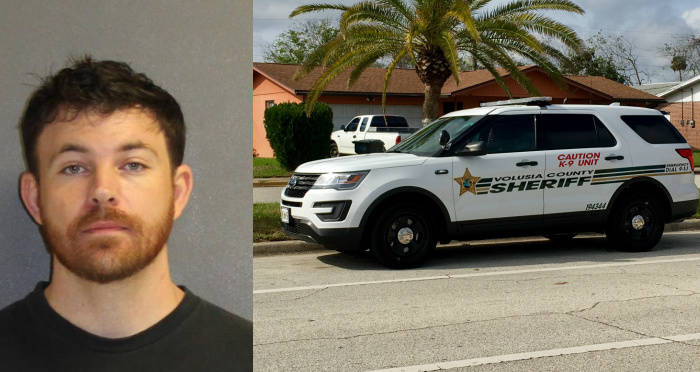 A barbershop owner from Gainesville, Florida was arrested after he was caught in a sting operation intended to capture men looking to have sex with children.

James Bowen, 34, was caught alongside six other men. But what made Bowen’s arrest different from the others was his defense.

Upon police arrival, Bowen claimed that he knew that the operation had been set up and that he just wanted to see the sting in person.

Authorities said of Bowen that he “only came to the meeting place because he believed it was an undercover sting and he thought it would be cool to see it in action.”

The operation, dubbed “Operation Unlawful Attraction,” was conducted by the Volusia County Sheriff’s Office on October 14. Authorities announced the completion of the operation the following day and released this statement regarding Bowen:

“When 34-year-old James Bowen, co-owner of Bob’s Barber Shop in Gainesville, was arrested at a Racetrac station in Deltona, he told deputies he only came to the meeting place because he believed it was an undercover sting and he thought it would be cool to see it in action. His sexually charged chats and texts with an undercover detective he believed was a 14-year-old girl ensured that he got his wish.”

What’s more, Bowen was arrested while wearing a t-shirt that read “I would cuddle you so much harder.”

Police didn’t buy this defense and arrested Bowen on the spot. The sheriff’s office released footage of Bowen’s arrest, as well as those of the six other men, but Bowen’s alleged excuse for being involved in the operation wasn’t recorded.

Bowen was in custody at Volusia County jail in lieu of $40,000 bond. He was charged with use of a two-way communications device to commit a felony, attempted lewd and lascivious sexual battery of a child, traveling to meet a child after luring the child via computer, and for the use of a computer to lure a child.

One of the other arrests included 43-year-old George Wallace, who had previously spoken with other undercover detectives posing as minors in a separate sting operation two years ago. However, Wallace never wound up traveling to meet the “child” he believed to be speaking to, and as such was not arrested.

Operations such as this one are seemingly common in Florida. Just last week on Oct. 9, 13 men were arrested in the Orlando area as a result of a similar six-day operation for child molesters. One of those suspects admitted to knowing he was HIV positive before meeting who he thought was a child.

All seven of the men arrested by Volusia police in this latest operation were charged with the same four crimes as Bowen. It’s unclear when Bowen will appear in court or if he’ll use the same defense as he did at the time of his arrest.

Next, check out this list of 5 horrifying acts of child abuse that actually used to be legal. Then, check out this story about a Florida man who allegedly attempted to barbecue child molesters.