At the Jarramplas Festival in Spain, crowds gather to throw rock-hard turnips at a costumed scapegoat. 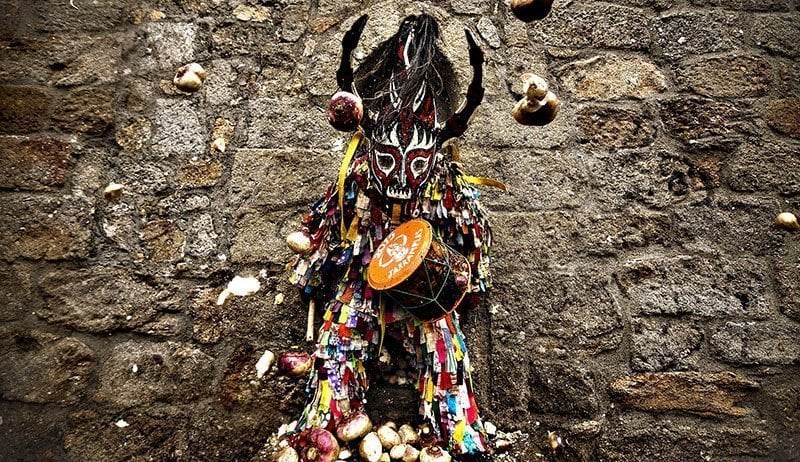 Bystanders beware! For the people of Piornal, Spain, Saint Sebastian Day calls for a totally bizarre (and virtually inexplicable) turnip-throwing event called the Jarramplas festival. As the festival begins, residents in the western Spanish town gather in the streets, armed with handfuls of rock-solid turnips. Then the Jarramplas arrives. 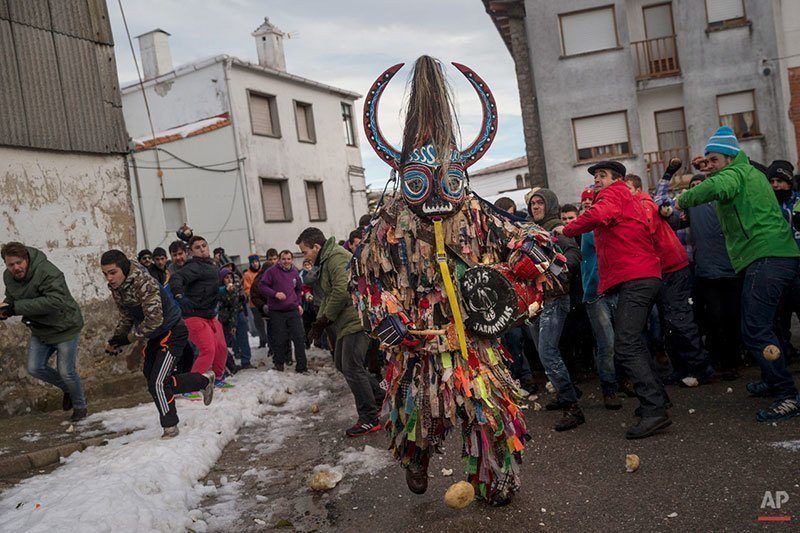 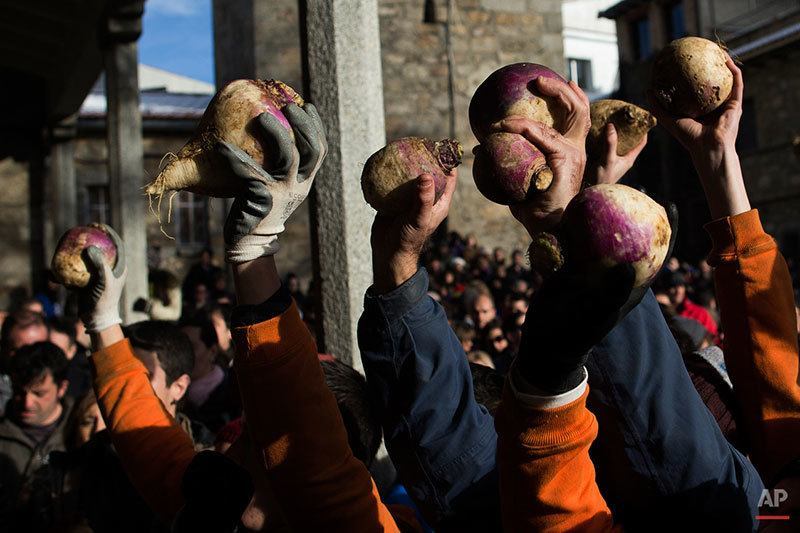 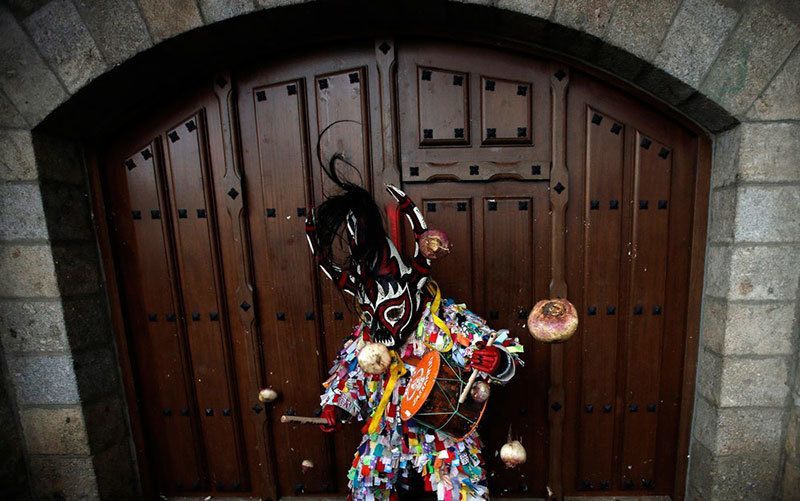 Clothed in strips of fabric, a devilish horned mask, and lots of padding, the Jarramplas beats his drum throughout the city streets, drawing the attention of hundreds. Armed with root vegetables, residents pelt the Jarramplas—aka the scapegoat—as he passes by. Chaos ensues as crowds dodge flying turnips. 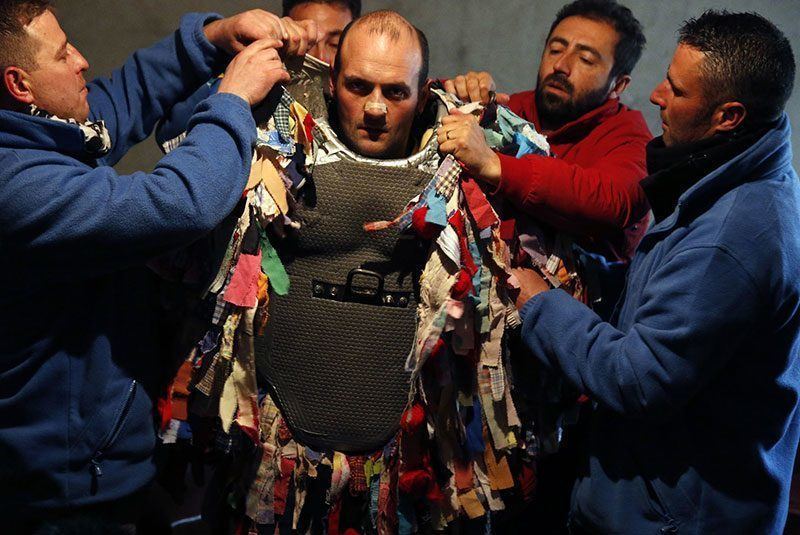 Attendants help Raul Beites prepare for his stint as this year’s Jarramplas. Source: The Atlantic 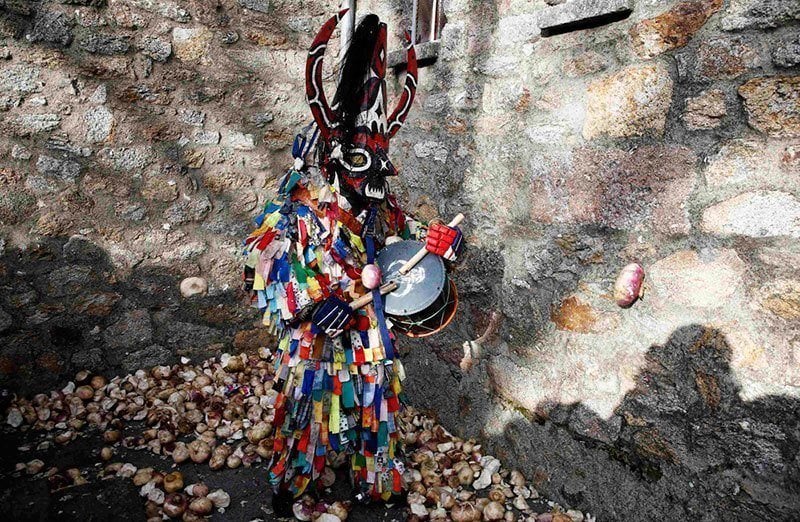 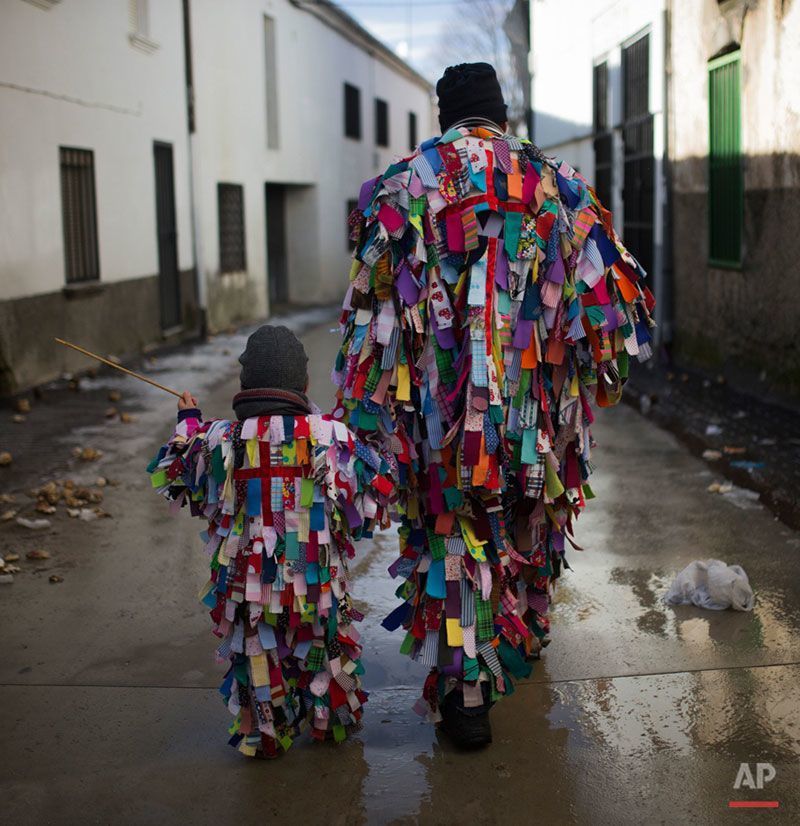 A man and young boy don the costumes of the Jarramplas. Source: AP Images 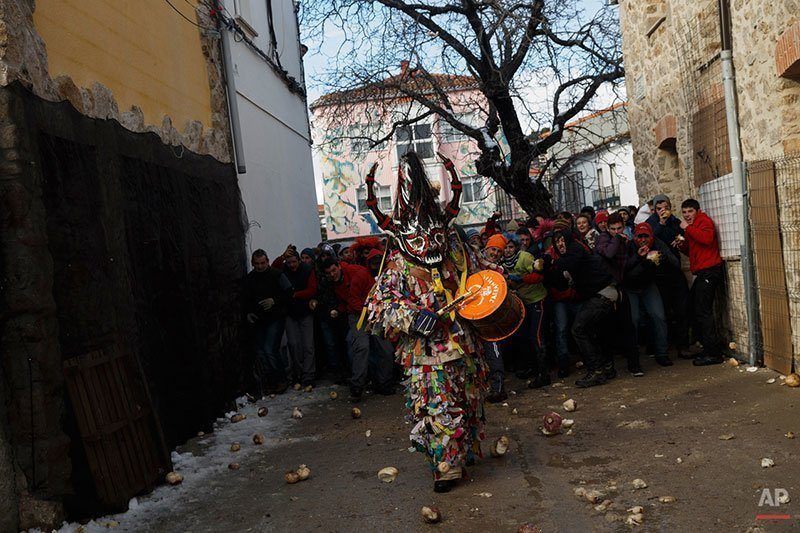 At the 2015 festival, Angel Cerro Fernandez, Carlos Calle Rodriguez, and Raul Beites Sanchez all represented the Jarramplas. Though the origins of the Jarramplas festival are murky at best, the tradition has continued for centuries as a way to rid the town of evil.

Some people believe that the Jarramplas festival is connected to the mythological punishment of Caco by Hercules, while others think that it has to do with an ancient story of a cattle thief being driven out by his neighbor. 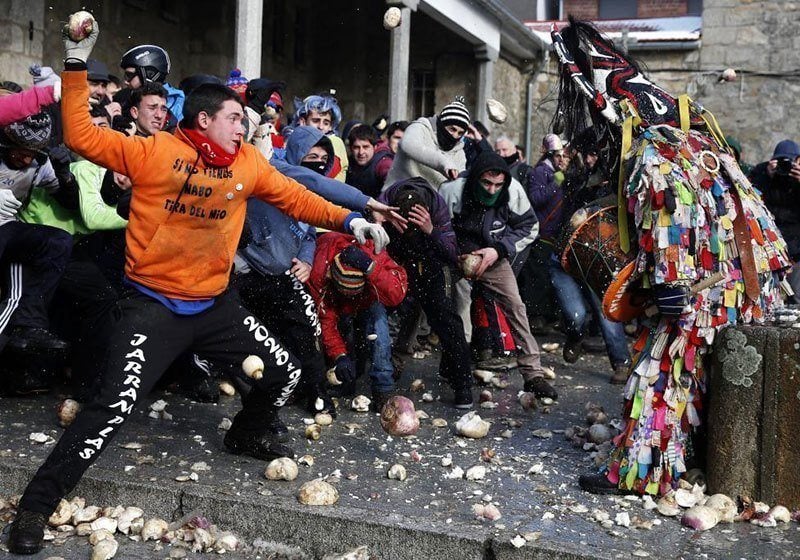 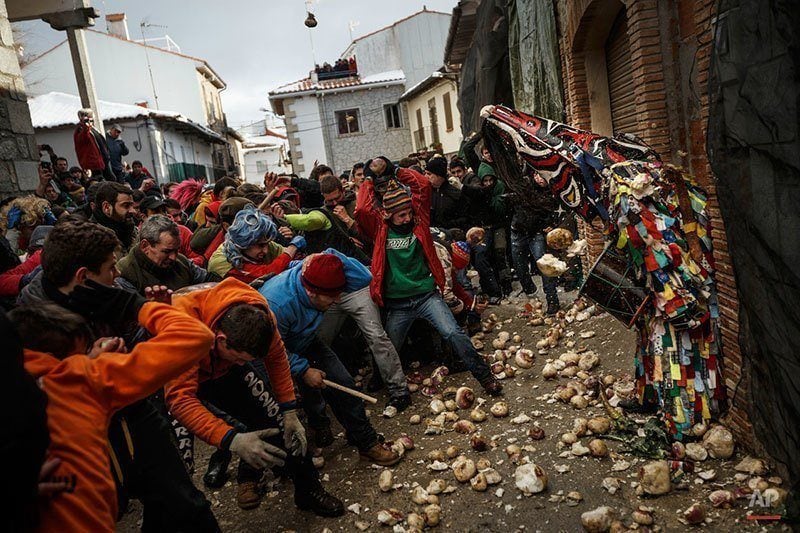 The Jarramplas is eventually cornered near a local church. Source: AP Images 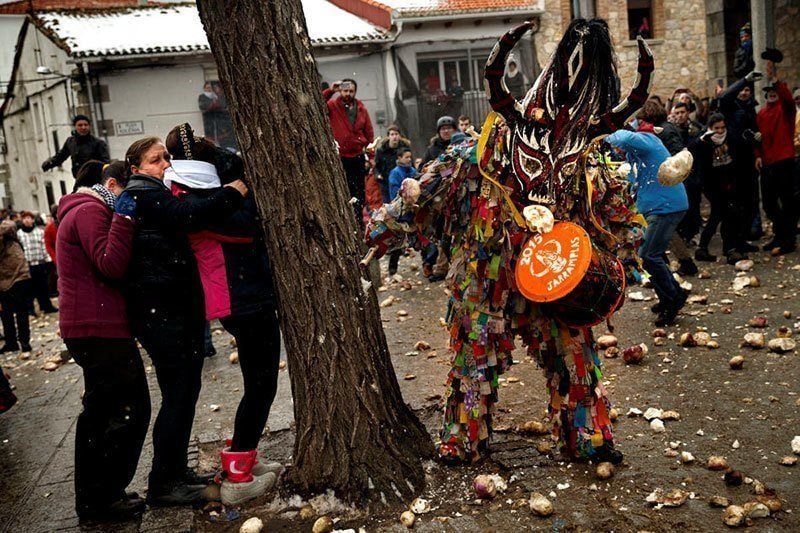 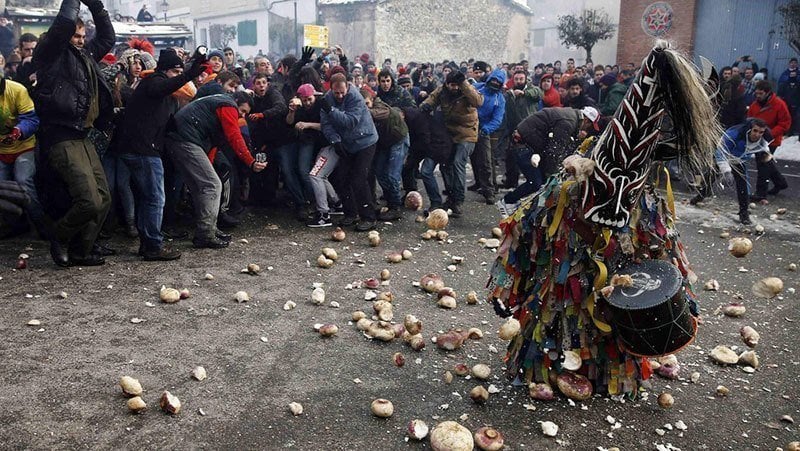 The Jarramplas ducks from the onslaught of flying turnips. Source: CNN