Here’s How To Prevent Jet Lag, According To Science

It sounds a little intense, but if it cures jet lag, it just might be worth it. 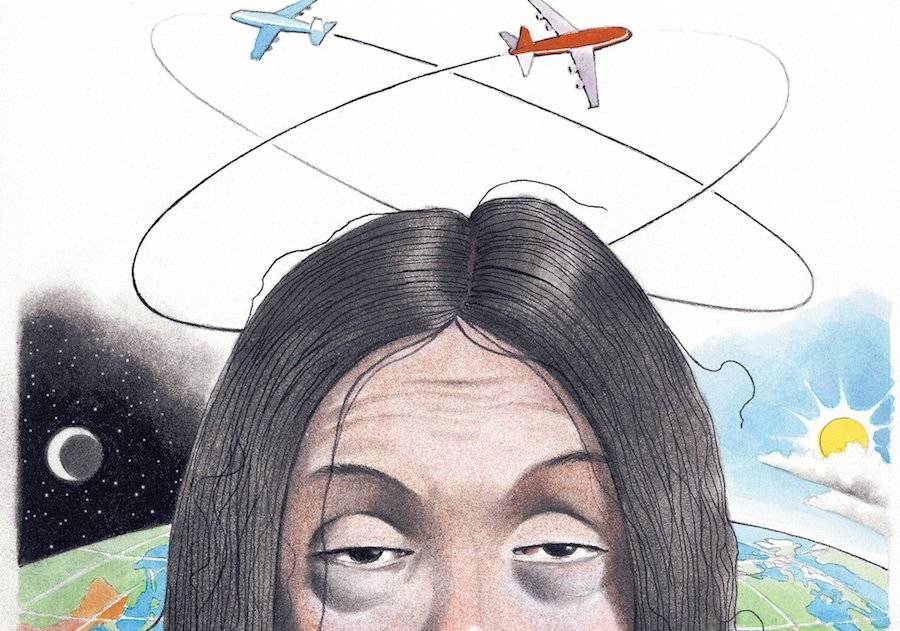 Anyone who has ever experienced severe jet lag knows that it can really put a damper on any trip and even throw you off your schedule after returning home.

But now, a study published in the journal Neuron on July 12 just may have found a way to bring jet lag down.

A team of reserachers from Washington University in St. Louis found that when they stimulated just a small percent of particular neurons in mice, the mice were able to adjust to new daily schedules much quicker — the central problem, of course, when it comes to jet lag.

“The article reveals a critical role for one class of neurons and how they talk with other neurons,” said Erik Herzog, lead author of the and a professor of biology at Washington University, to All That’s Interesting.

Located towards the bottom of your brain, near the roof of your mouth is something called the suprachiasmatic nucleus (SCN). Made up of 20,000 neurons, the SCN is the body’s internal clock. And when the neurons in the SCN are disrupted by a change in time zone, they have to work to adjust to the unfamiliar schedule.

But only 10 percent of those neurons control all the rest. That special 10 percent produce a molecule called vasoactive intestinal polypeptide (VIP), which is crucial in allowing neurons to communicate with each other, particularly when it comes to synchronizing their daily rhythms.

“We hypothesized that VIP neurons are like the grandmothers who are in charge of telling everyone what to do,” Herzog said.

Thus, the researchers carried out an experiment where they hacked the VIP neurons of mice. By keeping the mice in complete darkness with no environmental clues about what time it was, their natural internal clocks were reset — sort of like when you fly to a new time zone.

The researchers then activated the VIP neurons of the mice at the same time each day by using flashing lights. “When we flash light on the neurons, they get excited and fire an action potential. By flashing the light, we can get the neurons to fire in a user defined pattern,” said Herzog.

So when it comes to humans, said Herzog, “If we can find ways to get VIP neurons to fire in the right pattern at the right time, we might be able to reduce jet lag.” How might they accomplish this? Nothing is certain yet, but some sort of light therapy, either with or without the aid of a drug of some kind, might be able to excite human VIP neurons.

Sounds a little intense, but if it cures jet lag, it just might be worth it.

Next, check out the most interesting facts about sleep. Then, read up on the deadly sleep disorder known as fatal familial insomnia.