Russia Has The Most Powerful Doomsday Device Ever, Leaked Pentagon Docs Show

Rumors of a nuclear bomb of this size have swirled since a news report leaked in 2015, but this is the first time reports of the bomb have been confirmed. 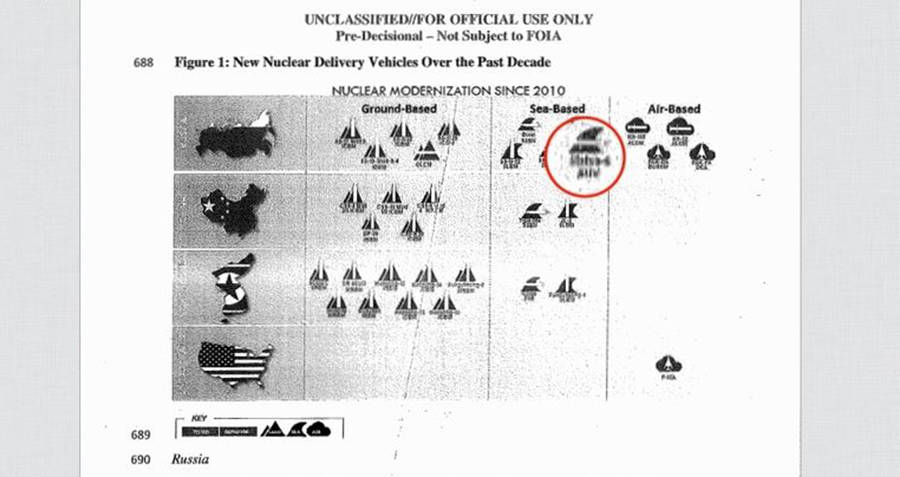 In case you didn’t have enough to worry about already, it turns out the Cold War may not exactly be over.

According to a recently released document from the Pentagon, Russia is currently in possession of a nuclear-powered torpedo capable of killing roughly eight million people and injuring six million more.

The document, a part of the Nuclear Posture Review report, was dated January 2018 and lists the torpedo as a definite part of Russia’s underwater nuclear arsenal.

Known as “Kanyon” by the U.S., and “Ocean Multipurpose System Status-6” by the Russians, the torpedo is a 5.5-foot-wide, 79-foot-long, long-range autonomous underwater vehicle carrying 100-megatons of power.

For scale, the Tsar Bomba, the most powerful thermonuclear weapon ever tested, was about half that strong. For more scale, it’s roughly double the power of Hiroshima and Nagasaki combined.

According to the documents, Kanyon has been designed for maximum destruction.

It was created to target the coastline, specifically coastal cities, naval ports, and naval bases. If launched, the mega-bomb would not only cause mainland destruction, but the residual blast would result in an artificial tsunami that would devastate miles of coastline and spread radioactive contamination through the floodwaters.

Additionally, the report claims that there are rumors of the bomb being “salted” with Cobalt-60, a synthetic radioactive isotope with an unusually long half-life. The isotope is so strong that areas contaminated with it would be off-limits to humans for at least 100 years.

As if the theoretical results of the warhead weren’t enough, Kanyon is said to have the actual ability to reach the United States.

The Pentagon report claims that Kanyon was designed with the U.S. in mind, as it has the ability to get around carefully constructed American ballistic missile defenses – specifically the Ground-Based Interceptor. The GBI, as it is known, was designed to counteract small numbers of intercontinental ballistic missiles from places like Iran or North Korea. Russia claims that they will be able to override the GBI, even if the defenses are bumped up to a higher standard.

Kanyon first made headlines in November of 2015 when a Russian television network leaked classified info on it. In December 2016, rumors surfaced that a test had occurred involving a Russian Sarov-class mothership submarine.

The most recent report, however, is the first time that the existence has been confirmed.

Next, read about the Russian spy ship that was spotted off the U.S.’s east coast last year. Then, check out the scariest things to come out of Russia.