“I was sitting at the back of the deck and, yeah ... it was bad,” she said before being taken into an ambulance. 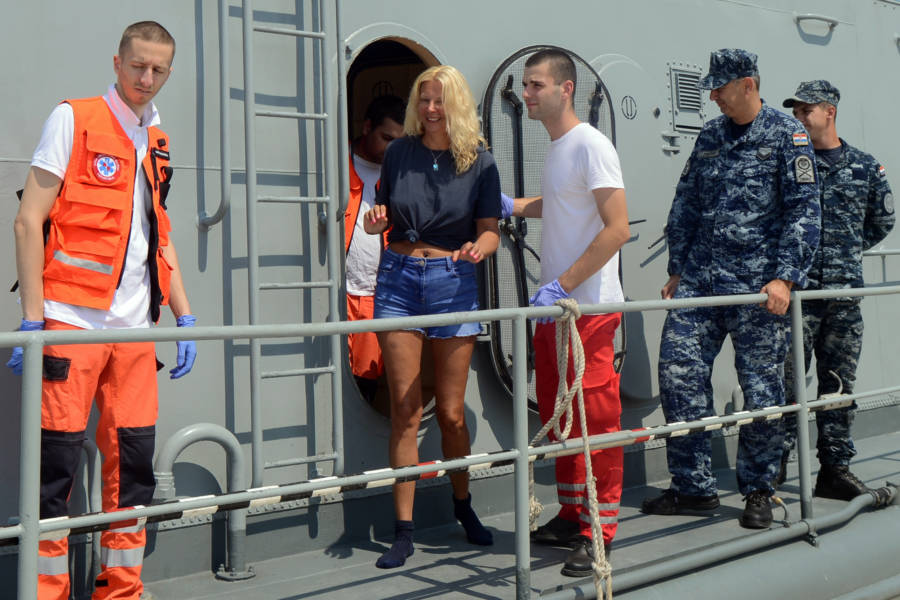 A woman from the U.K. that was traveling on a cruise ship was miraculously rescued about 10 hours after she fell off the vessel and into the Adriatic Sea.

The 46-year-old, identified as Kay Longstaff, fell from the Norwegian Star ship that was traveling to Venice, Italy from Croatia about 60 miles off of Croatia’s coast near midnight on Aug. 19. At about 6:30 a.m., once the situation became clear, the ship sent out an alert regarding the missing woman and was joined by Croatia’s coast guard in the search for the passenger.

At 9:40 a.m., after a little more than three hours of searching and 10 hours since she went overboard, Longstaff was spotted and a rescue swimmer safely fished her out of the water. According to Croatian news outlets, Longstaff was found a little under one mile away from the spot where she had originally fallen in.

Once she was rescued from the sea, Longstaff was approached by local media and appeared relatively calm and collected after enduring such a long time floating in the water.

Longstaff told the Croatian news channel HRT, “I fell off the back of the Norwegian Star and I was in the water for 10 hours, so these wonderful guys rescued me… I am very lucky to be alive.”

After arriving at shore in Croatia, Longstaff was promptly transported to a hospital in the town of Pula and is reportedly in stable condition. “We are pleased to advise that the guest was found alive and is currently in stable condition,” read a statement released by Norwegian Cruise Line. 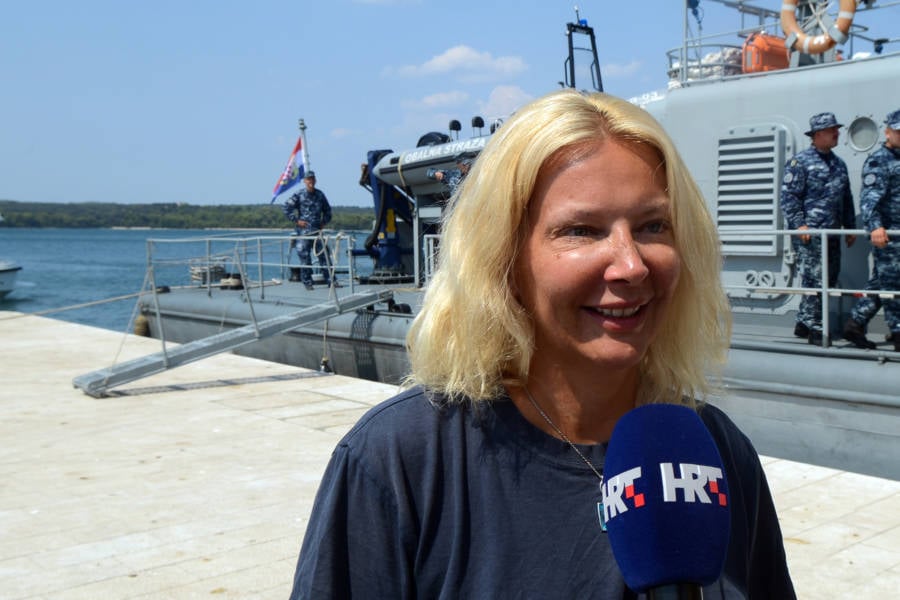 STR/AFP/Getty ImagesBritish tourist Kay Longstaff speaks to the press upon her arrival in Pula.

The astounding rescue was made possible by a number of factors that worked in Longstaff’s favor. For one, Longstaff was extremely lucky in that she could have gotten pulled under by the ship but managed to escape that.

The water in the Adriatic Sea is also relatively warm in comparison to other bodies of water. The estimated temperature of the water at the time that Longstaff fell is said to have been approximately 82-84 degrees Fahrenheit. The warm water was likely much easier for Longstaff to handle for such a long period of time, and why she ultimately survived. 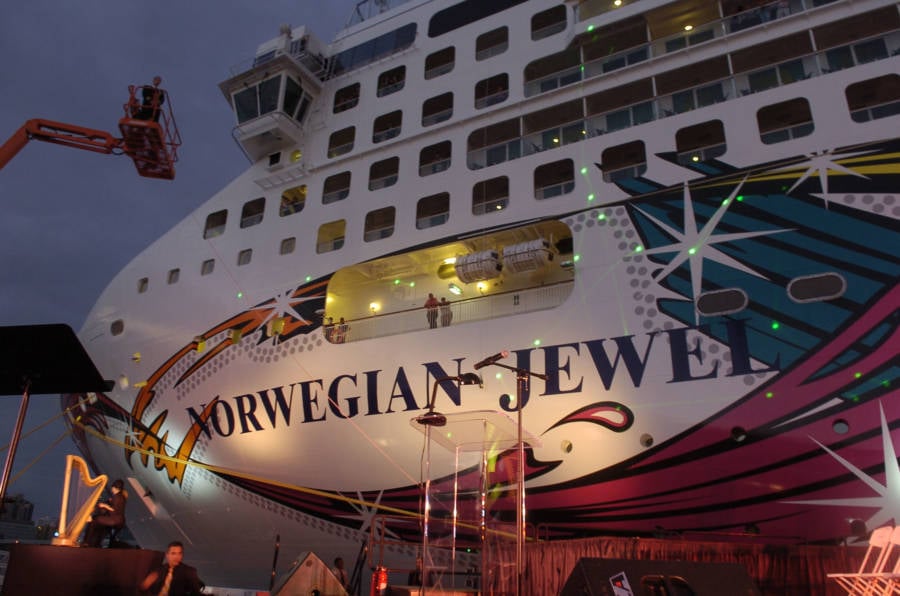 The Adriatic Sea’s relatively calm waters also increased Longstaff’s chances of survival, as it was easier for her to float calmly until rescuers were able to find and save her.

One rescuer reportedly said that Longstaff’s active lifestyle also enabled her to survive her ordeal at sea. “She said the fact that she practices yoga helped her as she was fit. And she said she was singing to not feel cold in the sea overnight,” the rescuer told The Sun.

But as to how she fell into the water in the first place, the truth remains unclear. The circumstances surrounding this incident are currently under investigation, but at least one crew member has come forward with claims that Longstaff jumped into the water amid a series of drunken arguments with her boyfriend.

But while the question of why she ended up in the water may remain unclear, the fact remains that Longstaff’s story represents a miraculous tale of survival.

The rescue ship’s captain, Lovro Orešković, said Longstaff was exhausted when they reached her and said that the rescue crew was “extremely happy for saving a human life.”

Next, discover the story of Terry Jo Duperrault, an 11-year-old-girl that was orphaned at sea. Then, read about Jose Alvarenga, the man that miraculously survived 438 days adrift in the Pacific Ocean.