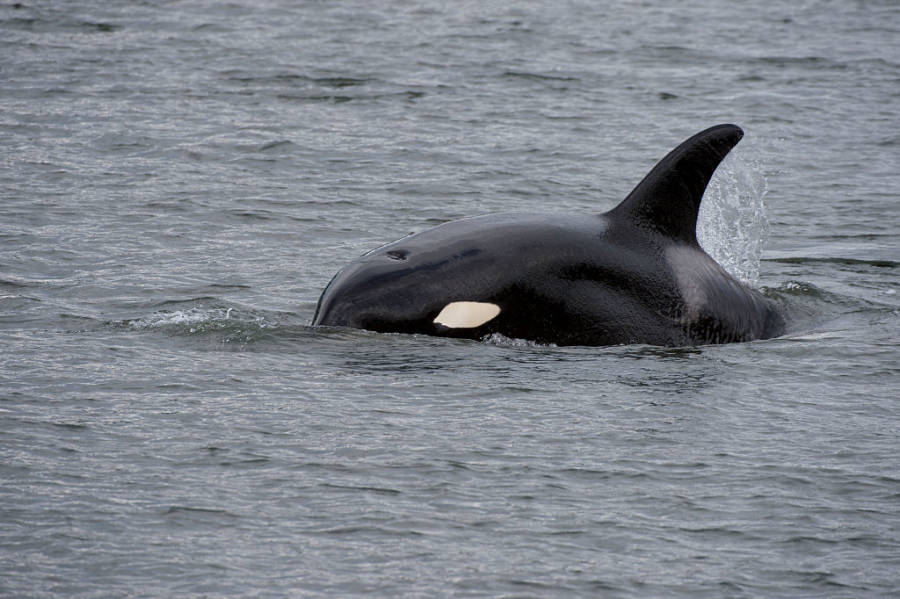 After decades of peaceful coexistence, killer whales in Alaska are tired of fishers taking their food.

Now, huge gangs of the massive creatures have begun stalking fishing boats in the Bering Sea, and then robbing them as soon as they have a catch — stripping hooks clean save a for a few halibut.

One fisherman described them as being like a “motorcycle gang.”

“You’d see two of them show up, and that’s the end of the trip,” boat owner John McHenry, told The National Post. “Pretty soon all 40 of them would be around you.”

Though orcas used to be a fun and irregular sight for fishermen, in recent years they’ve become a problem. And the smart animal’s consistent targeting of the same boats has led those affected to believe that the attacks are systematic.

This isn’t surprising for people who study orcas. The whales have fascinatingly complex social structures and use different languages in different regions. They also have been known to adapt their hunting techniques for different times and places, passing down what they learn to their young.

For example, whales used to be driven away by electronic noisemakers. Now, though, fisherman say that the sound has become like a dinner bell.

Groups will swarm around a boat and track it for miles, sometimes becoming aggressive as they wait for a catch.

One pod of 50 whales stuck with Captain Robert Hanson for days, stealing about 12,000 pounds of halibut.

“The pod tracked me 30 miles north of the edge and 35 miles west,” Hanson wrote in a letter to the North Pacific Fisheries Management Council, according to the Anchorage Daily News. “I drifted for 18 hours up there with no machinery running and they just sat with me.”

Other fishermen say they’ll harvest 20,000 to 30,000 pounds of fish one day, and almost nothing the next after the whales catch on.

“It’s gotten completely out of control,” Jay Hebert said, noting that he now abandons any fishing trip as soon as he sees a whale.

Killer whales aren’t the only species causing problems for fishermen in the area. Sperm whales also pillage fishing lines, delicately removing prey from hooks, as seen in this incredible video:

This doesn’t surprise whale experts, who see creatures that have learned not to fear humans since the 1980’s moratorium on commercial whaling allowed them to swim by boats in peace.

Whales can now distinguish which kind of boat is nearby and when fishing gear is being lowered into the water all by sound, biologist John Moran said. The very social creatures can also communicate with each other to learn the best tactic for harassing a boat.

“Grabbing a fish off a line is nothing,” Moran said.

As of right now, it looks like humans are losing this battle with the Sea’s original fishers, boat owner Paul Clampitt said.

“We’ve been chased out of the Bering Sea.”

Next, read about the killer whale named Lulu, who, when found dead, was “one of the most contaminated animals on the planet.” Then, see why these humpback whales that have formed supergroups are baffling scientists.