Great whites will flee an area when they smell an orca even two miles away and won't return to that area for the rest of the season. 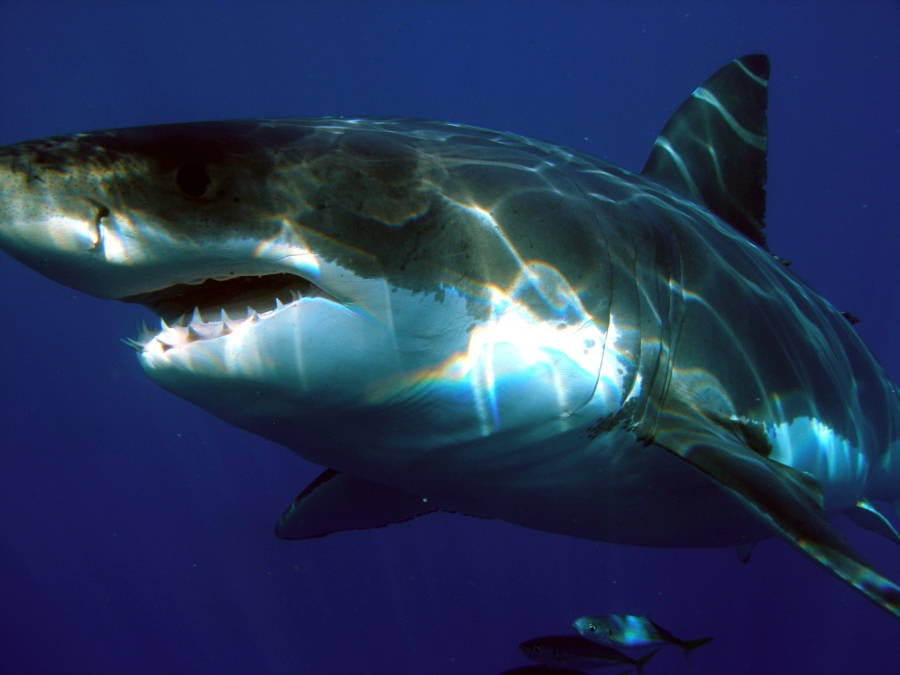 Wikimedia CommonsGreat whites are commonly thought of as the apex predators of the ocean, but orcas terrify the species to death — and with good reason.

Great white sharks are universally thought of as the apex predator of Earth’s oceans. The prehistoric killers who never stop swimming, smell blood from afar and fear no other, do indeed, have an Achilles heel: the orca whale. According to a new study, killer whales terrify great whites because they brutally hunt and disembowel them for their livers.

Published in the journal, Nature Scientific Reports, research indicates that great whites are so fearful of orcas, in fact, that they leave an area as soon as a killer whale arrives.

Senior research scientist, Salvador Jorgensen at the Monterey Bay Aquarium, <a href="http://began this study over a decade ago.

In 2009, Jorgensen’s team radio-tagged 17 sharks around Southeast Farallon Island. The Greater Farallones National Marine Sanctuary — a refuge for marine and wildlife off the California coast — provided the perfect site to observe the predators and their behavior.

What Jorgensen and his colleagues noticed fairly quickly was that the sharks were easily successful and efficient at feeding on the local seal population, but feared for their lives as soon as a pod of orcas entered the scene. Most sharks didn’t even return to that spot for the entire remainder of the season.

A Discovery UK segment on the Farallon Islands and regional orcas killing great white sharks for their livers.

Naturally, Jorgensen and his team expanded their preliminary study to observe this fear more closely. The situation they’d encountered could very well be a localized fluke — an anomaly that doesn’t represent the relationship between sharks and orcas on a bigger scale. But then again, it might not be.

The team subsequently examined the records of around 165 great white sharks tagged in the Farallones between 2006 and 2013, and then compared that data with whale, shark, and seal surveys collected there over 27 years. In the end, their instincts were correct: great whites will consistently avoid areas where orcas frequent.

“When confronted by orcas, white sharks will immediately vacate their preferred hunting ground and will not return for up to a year, even though the orcas are only passing through,” explained Jorgensen.

Indeed, an average year in the Farallones saw 40 elephant seals eaten by sharks. However, years that included orca appearances — 2009, 2001, and 2013 — saw that number drop by 62 percent from their previous years. Naturally, the seals are quite content with this arrangement, as even a simple swim-through by orcas will rid the seals of their biggest predator for an entire season.

According to Inverse, great whites are so terrified of encountering killer whales that they’ll leave as soon as an orca is within two miles of them. But there’s good reason for the shark’s fear, namely, that orcas have a predilection for their livers and will utterly mutilate them for those tasty organs. 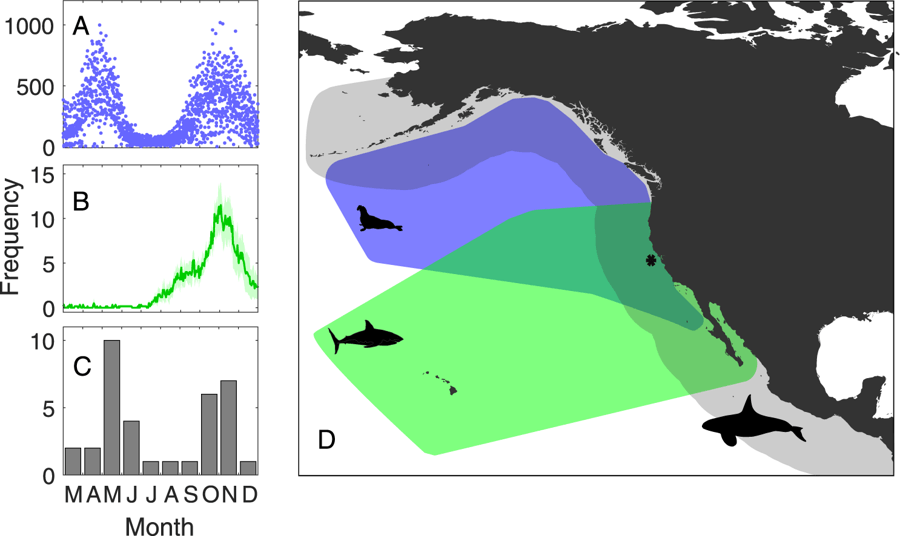 In the first interaction between great whites and orcas ever recorded, a pair of killer whales were interrupted by a great white while feeding on a sea lion and the orcas subsequently demolished the shark. According to the fishermen who witnessed the incident 1997, the orcas mushed the shark to death from the tail and then proceeded to eat its liver.

Two decades later, the beached corpses of five great white sharks appeared in South Africa. All of their livers were missing — with nearly surgical precision, and mystifying accuracy. Jorgensen and his team had already hypothesized how this happens, and how frequently, of course.

“It’s like squeezing toothpaste,” explained Jorgensen, in reference to the cooperative bashing of sharks that the orcas engage in. 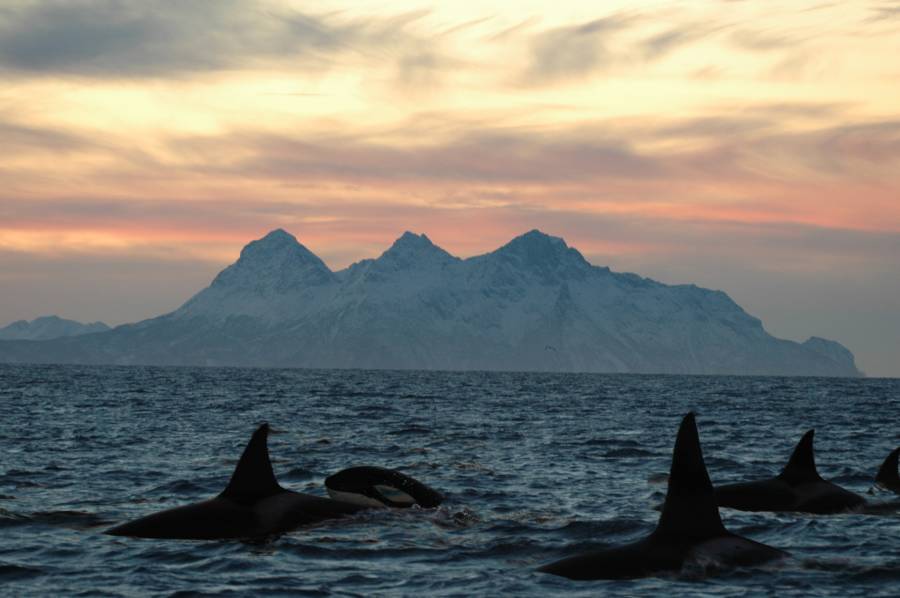 PixabayA pod of orcas traveling together, likely scaring off nearby sharks.

The scientific community has since begun to assess this phenomenon with more serious, large-scale analyses. Researchers are observing that this instilled instinct to avoid predators creates a “landscape of fear,” which can have substantial ripple effects on the ecosystem at large.

“We don’t typically think about how fear and risk aversion might play a role in shaping where large predators hunt and how that influences ocean ecosystems,” said Jorgensen. “It turns out these risk effects are very strong even for large predators like white sharks — strong enough to redirect their hunting activity to less preferred but safer areas.”

Indeed, for the great white shark, avoiding the one species that can crush its body until it bursts isn’t a weakness. It’s a rational instinct to have — even for the prime marine predator, the great white shark. That’s certainly a truth that anyone can appreciate: even monsters have their fears.

Next up, learn about the unprecedented murder spree these killer whales were on in Monterey. Then, see video of the tiger shark feeding frenzy that obliterated a whale.