The door has resisted evolution since its inception but Klemens Torggler challenges that with his incredible new iteration. 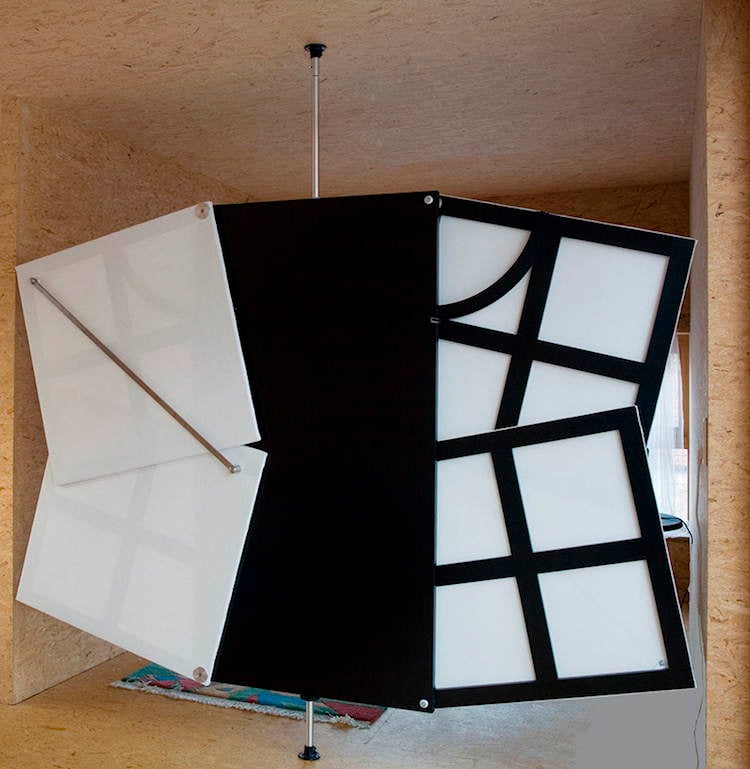 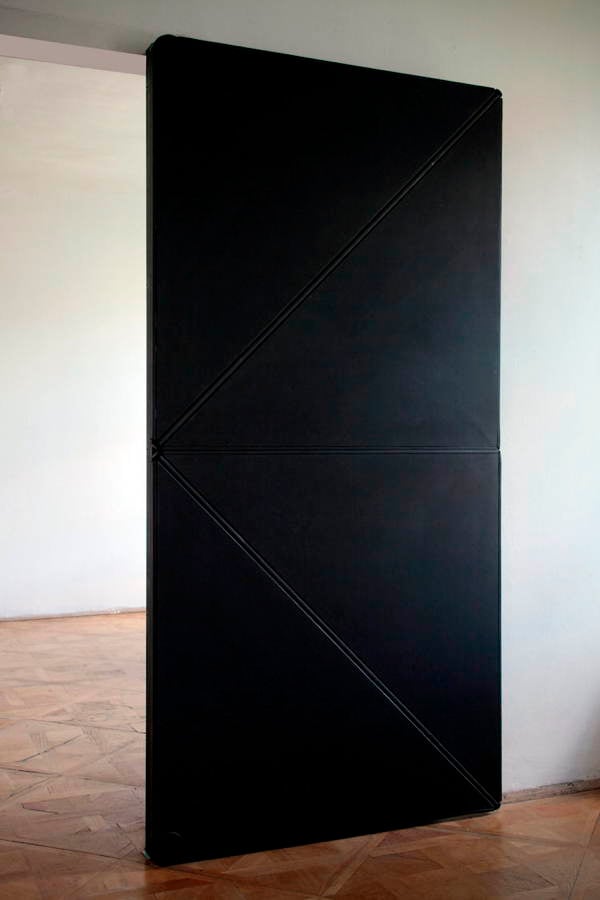 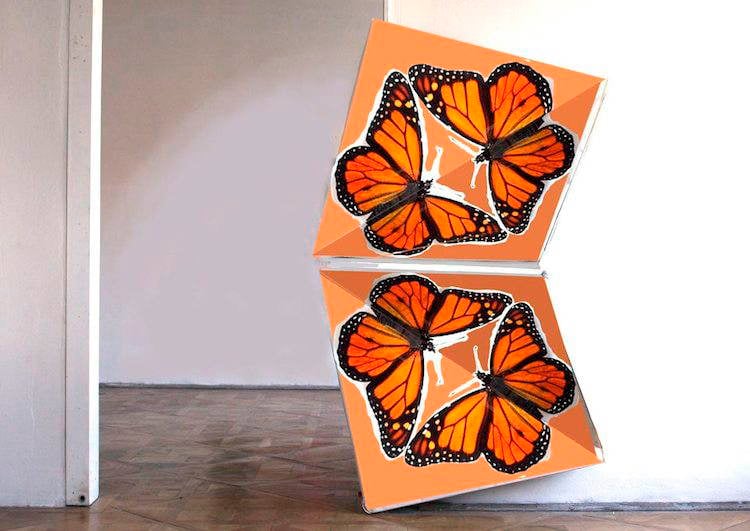 Instead of the conventional handle and hinge, Torggler has opted for a more mysterious and mind-boggling set of folding flip panels. With his variation on the door, manual operation is a thing of the past. Torggler’s ‘Evolution Door’ allows the user to simply tap the central point of the panels and watch the door does the rest.

His kinetically designed system works with a series of strategically positioned rods and squares that allow the deftly designed door to fold in on itself like origami or the fluttering wings of a butterfly. For the more accident prone among us, there’s also an option to craft the doors from softer squares to prevent missing fingertips. 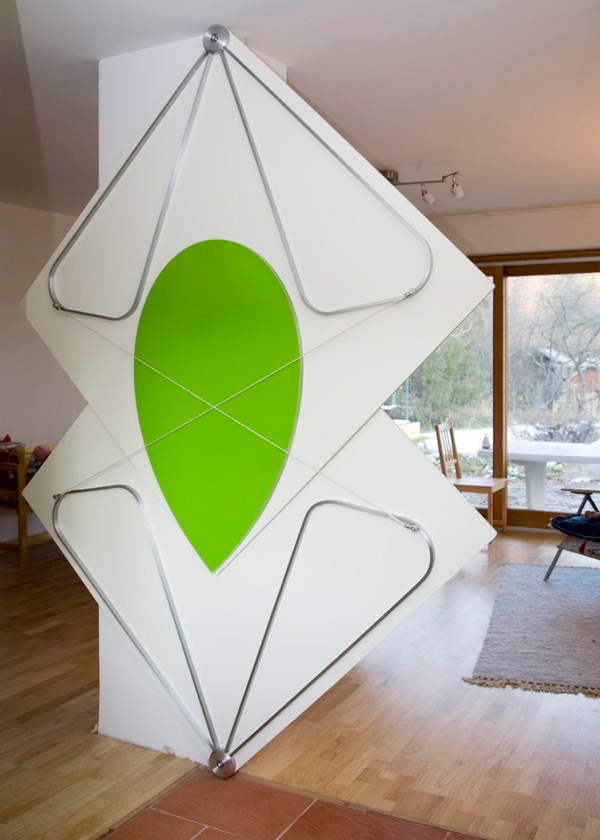 While the doors are still prototypes and unlikely to hit homes or high streets for the foreseeable future, Torggler’s invented a whole series of systems which allow his creations to be transformed into portable room dividers and stylish, space-saving entrances.

Using a combination of wheels, tracks and triangles, the rest of his designs range from a gravity defying 8-panel doorway to glistening glass models. At a mere flick of the finger, the five variations of door—or Dryehplattentur—can be seen sliding aside as if by magic. 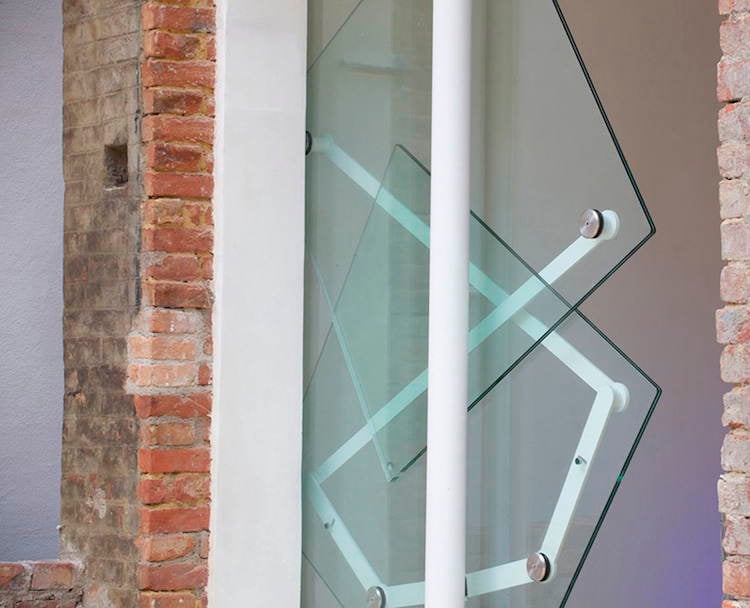 The first kinetic prototypes were loosely conceived in 1997, and Torggler’s doors are as much works of art as they are an attempt to rethink the architectural norm. Even though the doors are not yet for general sale, a small selection of signed prototypes are available through Artelier Contemporary, an art site whose Torggler designs are decorated with ink blot and pop culture images. 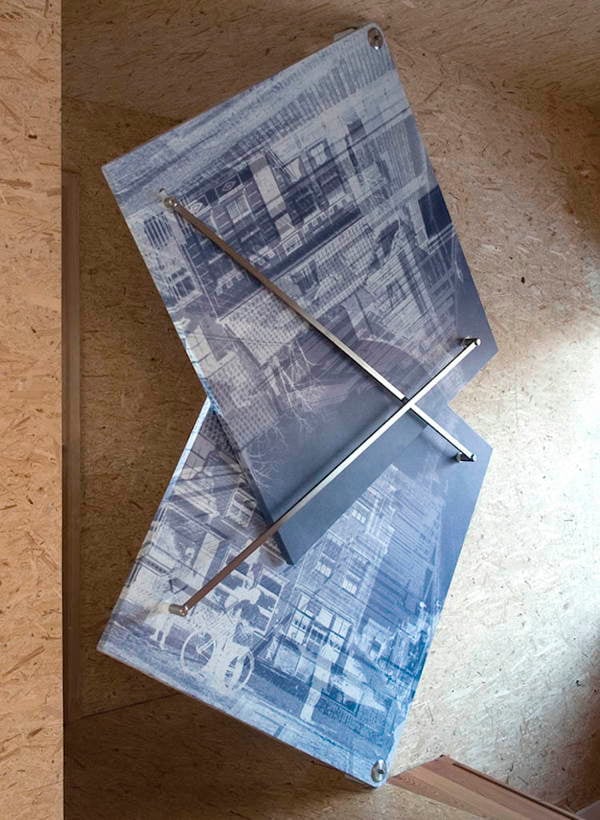 One downside amid the general Jetson-esque coolness? In order to keep the door open, there has to be enough space on either side for the panels to unfold. This may not be the most convenient setup for studio apartment dwellers, but it wouldn’t look out of place in the pages of Architectural Digest.

Klemens Torggler’s doors are likely to keep evolving, and while they won’t replace the stone, steel and wooden counterparts we’ve come to know for hundreds of years, they may well encourage others to think a little outside the box, or maybe reinvent it altogether.