The Moment 27 Years Of Wrongful Imprisonment Ends For Kwame Ajamu

Kwame Ajamu spent 27 years locked away in a prison for a crime he didn't commit. His expression following his exoneration is wrenching. 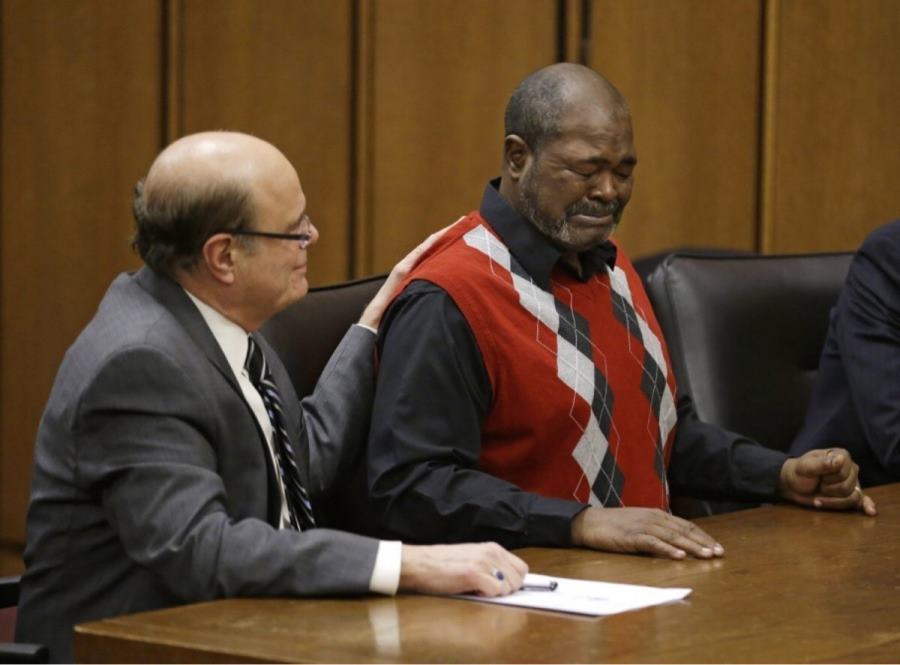 At age 17, Ohio native Kwame Ajamu saw much of his future vanish. Ajamu, along with his brother and a friend, was convicted of murdering a money-order salesman in Cleveland. The boys, all of whom were under 21 at the time, were sentenced to death but later had their sentences commuted.

Neither Ajamu nor his peers played any role in salesman Harold Franks’ death, but testimony from then 12-year-old Eddie Vernon gave jurors enough cause to believe that they could convict the boys. Kwame Ajamu, featured above, would spend 27 years in prison before being released on parole in 2003.

A 2011 story in a Cleveland magazine cast doubts on the authority of Vernon’s testimony, leading Ohio Innocence Project lawyers to look into Ajamu’s case. Meanwhile, Vernon’s pastor reached out to Vernon. While lying in a hospital bed, Vernon confessed to his pastor. He then cemented that confession in an affidavit, according to the Washington Post.

After being exonerated, Ajamu described the procedures of the Ohio legal system as criminal. “We were robbed. There will be no offspring when I die. When my brother passes away, that is it. We don’t have children.”

While Kwame Ajamu had harsh words for the system that seized decades of his life, he was far less condemning toward Vernon. Said Ajamu in an interview with the Plain Dealer, “I didn’t believe Edward had any malice. He was a kid who got caught up in the wrong thing.”

According to the Post, Kwame Ajamu and his peers can seek up to $4.1 million in compensation, as Ohio law stipulates that those found wrongfully imprisoned are eligible for more than $40,000 for each year of wrongful imprisonment.

But the change Ajamu seeks seems to be more systemic. Said Kwame Ajamu:

“It’s my hope going forward that we don’t have to wait another 40 years for the next Kwame Ajamu, Wiley Bridgeman, Ricky Jackson. It’s my hope that from this day on we can stop ignoring what is obvious in the criminal justice system and move forward with peace and love.”