YouTubers Accused Of Faking An Evacuation Video From The California Wildfires

The popular YouTube family is facing some major backlash after they videoed themselves evacuating a California wildfire. 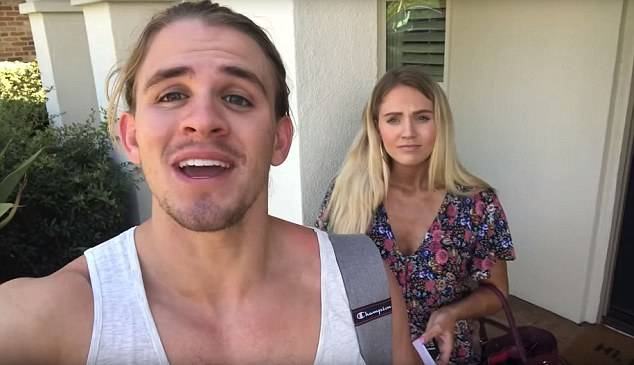 A screenshot of the evacuation video the family posted.

A popular YouTube family is facing some heat after they posted a video of themselves dramatically evacuating from their California home because of a wildfire when it wasn’t necessary.

The couple Cole and Savannah LaBrant along with Savannah’s daughter Everleigh are social media superstars boasting millions of followers on Instagram and 6.7 million subscribers to their YouTube channel. However, a video of them evacuating from the Holy Fire in California posted to the account on Aug. 13 has garnered the family some unwanted negative attention.

According to Fox 11, the LaBrant family lives in Ladera Ranch, Calif., an area which was never under an evacuation order. Residents in nearby Orange and Riverside Counties were told to leave the area as a precaution as the fire got too close for comfort, but the LaBrant family’s home was not under threat at that time.

A fact that you would never have guessed after watching their dramatic evacuation video.

The video of the LaBrant family’s evacuation.

Titled “WE LEFT OUR HOUSE BECAUSE OF FIRES IN CALIFORNIA,” the video shows the family packing their suitcases and driving north up the state in order to escape the flames. The video shows smoke as seen from the family’s roof and Cole tells viewers that the fire “is four miles away.”

When the couple later drove to pick up their daughter from her grandmother’s house, they told the child that “we’re going away from the fire so you don’t have to be scared anymore,” adding that Everleigh’s greatest fear is fire.

The first portion of the video showed the family packing and driving away from the deadly fire, but the latter portion seemed more like a travel vlog than a harrowing evacuation story. The family traveled to San Francisco and stayed in a hotel for two days while they toured the city.

At the start of their time in San Francisco, the couple stopped to get a cup of coffee and Cole remarked, “It’s freezing here! We went from like burning fires to cold weather.”

The “burning fires” Cole referred to torched more than 22,000 acres of land in Southern California and destroyed 18 homes, according to Buzzfeed News.

Fox 11 spoke to some of the LaBrant family’s neighbors and they voiced their outrage over the couple’s insensitive video.

“I have friends who were evacuated and [it’s] a very scary situation,” an unidentified Ladera Ranch resident said. “So kind of making light of that, I don’t think was proper, just to make a buck.”

Another neighbor who was also less than enthused over the video said that she thinks they took advantage of the extremely serious situation and used it for their own selfish gain.

“I just think it’s really sad they would exploit a situation that’s as serious as a fire that so many people were evacuated from just so they could get more likes or more hits on their channel,” a neighbor told Fox 11.

However, some of the famous Youtube family’s fans came to their defense saying that the couple was justified in their evacuation because they were just being overcautious due to Savannah’s pregnancy and Everleigh’s fear of fire.

The LaBrant family has not yet responded to the backlash.

Next, read about the popular YouTube hosts that lost custody of their kids after “pranking” them in abusive videos. Then take a look at these 21 photos which show the devastation of the California wildfires.