Before this discovery, there was a 4,000-year-old gap in archaeological evidence of human activity in the area. 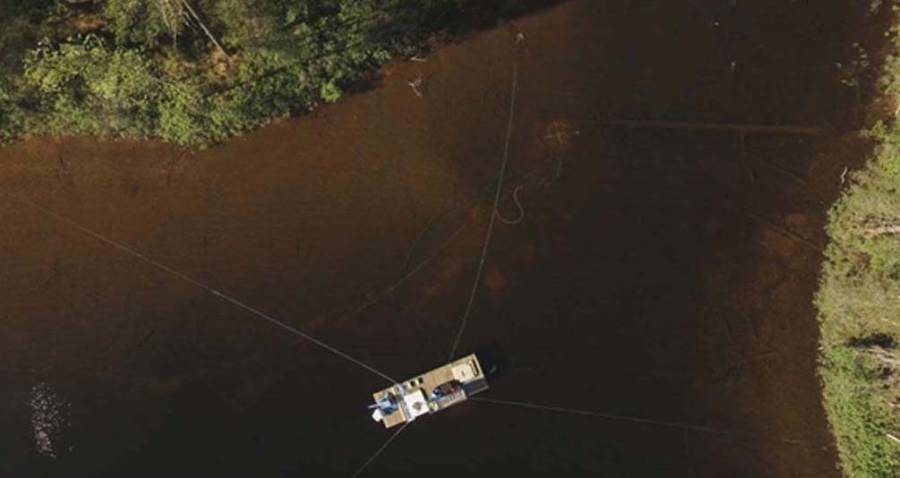 Jesse Jokinen/MuseovirastoA drone photo on the excavation area on the west side of Kammarlahti.

A newly discovered ancient settlement submerged in a Finnish lake is giving fresh clues about life for humans in the Stone Age.

At the bottom of Lake Kuolimo in Kammarlahti, a town in southeast Finland, archaeologists uncovered the remains of a settlement believed to be about 8,000 to 9,000 years old, according to a release from EurekAlert.

This discovery is the first of its kind in Finland and it has provided archaeologists with a much clearer picture of human life in the area during the Mesolithic and Early Neolithic periods of the Stone Age. Previously there was a massive 4,000-year-old gap in information about human activity, according to IBTimes.

Archaeologists from Finland, Sweden, and Denmark all teamed up to study the lakebed through underwater excavations and sediment analysis, in hopes of finding answers about day-to-day lives of the people who lived in the area thousands of years ago. They ended up discovering a Finnish archaeological gold mine.

The team discovered an underwater hearth as well as implements used to shape stone tools.

“In one of the test pits, we found a distinct layer of burned soil, charcoal and burned rocks,” Satu Koivisto, a postdoctoral researcher and the project’s head, said in the report on EurekAlert. “Quartz flakes were also found in the surrounding test pits and these remains show that quartz artifacts had been made at the site during the Stone Age.”

Koivisto told YLE Uutiset that they also found a stove structure about one meter below the lake’s surface. The researchers said that it was possible for this settlement to exist in its unusual underwater spot because 8,000 to 9,000 years ago, the water levels of the lake were much lower. 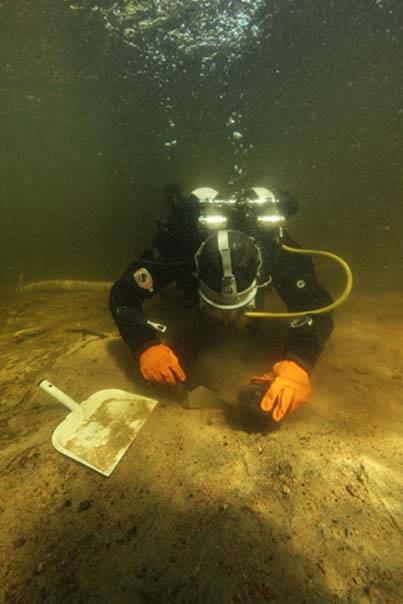 Koivisto explained that the water levels were nearly 20 meters lower during the Stone Age, and didn’t rise up to its current level until about 6,000 years ago.

Part of the reason why researchers are so excited about this discovery is that they believe that it is going to open new doors for archaeology in Finland.

“With the excavation equipment tested in the underwater research at Kammarlahti, we may also be able to find other submerged sites at similar locations,” said Koivisto. “For this reason, the discovery opens up an entirely new era in the research into the Finnish Stone Age.”

Koivisto said that many of the area’s surrounding lakes could have the potential to house similar settlements and that the new equipment that they used at Lake Kuolimo might help uncover them.

“A lot of our inland lakes such as Vanajaveesi, Pielinen, and Lake Oulu have experienced similar surface variation,” Koivisto told YLE. “That is why there are great expanses of largely untapped underwater archaeological resources in Finnish lakes where very old organic material may have survived for thousands of years.”

It’s no lost city of Atlantis, but the ancient settlement found at the bottom of Lake Kuolimo might prove to be just as legendary for Finnish archaeologists.

Next, check out Lake Kaindy, home to Kazakhstan’s submerged forest. Then discover why a recently discovered 14,000-year-old settlement may require revising the history of North America.