A seven-hour surgery resulted in the successful removal of the world's largest brain tumor, which the doctor referred to as a "second head." 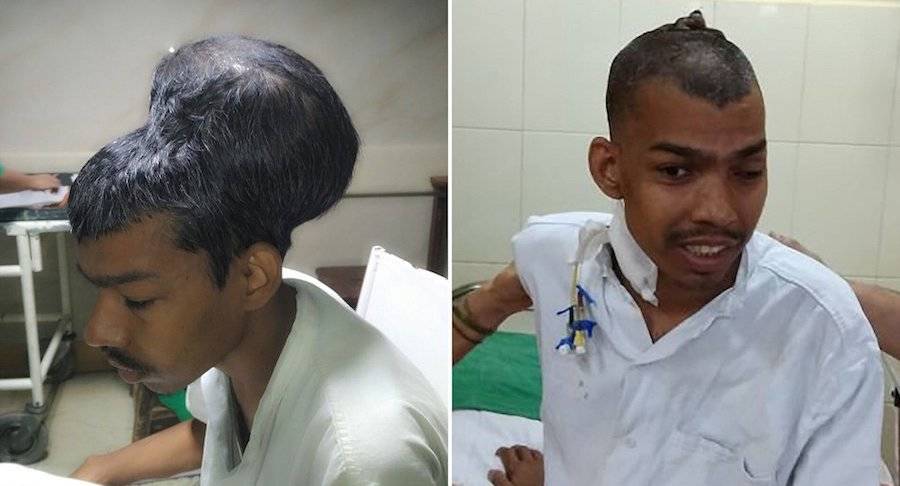 Daily MailSantal Pal before and after the surgery.

Talk about taking a load off. After a seven-hour surgery, doctors in India were successful in removing the world’s largest brain tumor.

The patient was Santlal Pal, a 31-year-old shopkeeper from Uttar Pradesh. The surgery happened in Central Mumbai at Nair Hospital on Feb. 14, 2018.

The tumor, weighing around 3.9 pounds, was bigger than Pal’s head.

“It appeared as if there are two heads mounted on top of each other,” said Trimurti Nadkarni, the neurosurgeon who performed the surgery.

Of course, Pal didn’t just wake up with the tumor one morning. He had been living with it for three years, as doctors from three different hospitals near Uttar Pradesh told Pal and his wife, Manju, that the tumor was inoperable.

Not that it wasn’t a risky operation.

The tumor grew most rapidly within the last year. Ten percent of it was contained inside Pal’s skull. The rest protruded out. Since the scalp grew over the protruding portion of the tumor, doctors had to cut open the scalp to perform the procedure.

In fact, doctors didn’t make the surgery public immediately because they weren’t sure if it would be a success.

Doctor Nadkarni was assisted by a medical team of five. The surgery required 11 units of blood and Pal needed to be put on a ventilator for three days following the surgery to support his breathing. 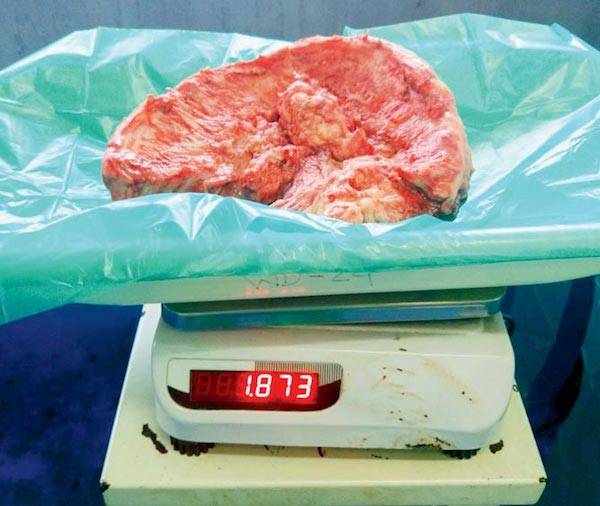 Pal is currently in recovery in the hospital’s intensive care unit, but the worst of the risks are behind him. His focus now is solely on recuperating.

Pressure on his brain from the mass of flesh caused Pal to gradually lose vision in both his eyes. The tumor’s weight would also give him massive headaches. He’s still blind, but the hope is that he will slowly regain his eyesight over time.

Once Pal was in recovery mode, Doctors checked to see if any larger tumors had ever been removed and didn’t find any.

“We have looked up medical literature from all over the world and it is the largest to be excised successfully. Such large tumors are rare and a surgical challenge,” Nadkarni said.

After accomplishing the medical feat, doctors sent the tumor for biopsy to test for malignancy.