Leigh Occhi vanished in 1992 while staying home alone for the first time, and the only evidence police ever found was her blood-soaked nightgown and a mysterious package containing her glasses that arrived in the mail a few weeks later.

On the morning of August 27, 1992, Leigh Occhi awoke to the sound of her mother, Vickie Felton, getting ready for work. The dark threat of Hurricane Andrew was hovering over the quiet town of Tupelo, Mississippi. The blond, horse-loving eighth-grader was in her final days of summer break and scheduled to attend an open house at her new school with her grandparents later that day — but she never made it there.

Occhi was staying home alone unsupervised for the first time that morning. Hurricane Andrew had been downgraded to a tropical storm, but when a strong band of rain came through Tupelo shortly into Felton’s work shift, she called home to check on her daughter. There was no answer.

Felton rushed back home, but Leigh Occhi had vanished. The only traces of her left behind were smears of her blood in the hallway and small pools of it on the carpet. Neighbors hadn’t seen or heard anything. She was simply gone.

The investigation that followed would confound police at every turn.

The Baffling Disappearance Of Leigh Occhi 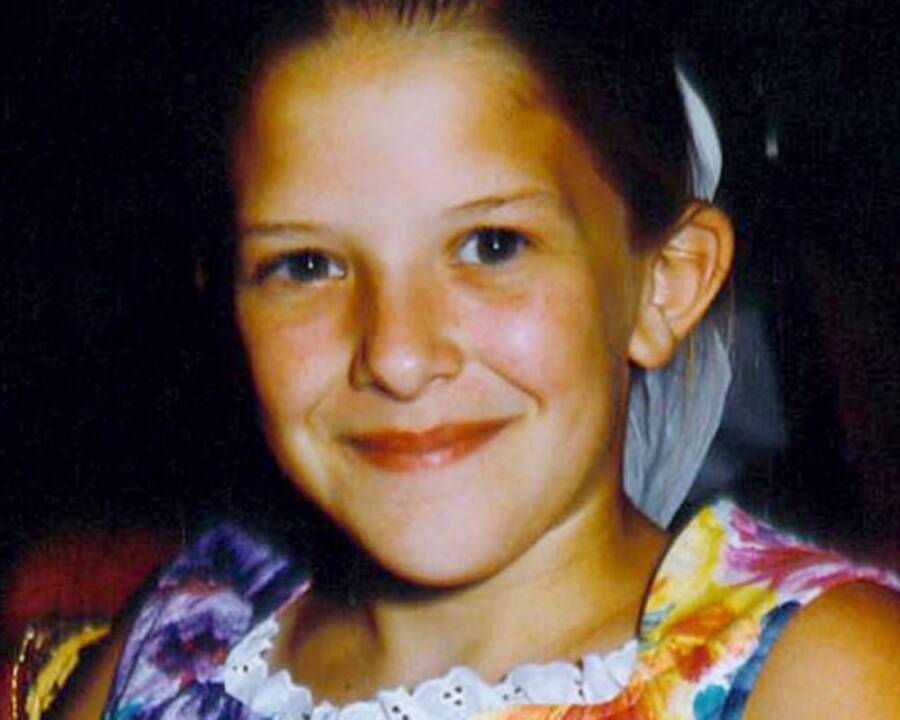 Photo courtesy of Vickie Felton/CNNLeigh Occhi was 13 years old when she disappeared on August 27, 1992.

Vickie Felton left for work at 7:40 a.m. the morning her daughter disappeared. When she called the house just before 8:30 a.m. and 13-year-old Occhi didn’t answer the phone, Felton quickly left her office and drove the mile-and-a-half home to check on her. She pulled into the driveway to find the garage door open and the light inside still on.

“That was very strange, because the light doesn’t turn on unless someone triggers the door,” Felton later told CNN.

Inside the house, Felton called out for her daughter. A quick search produced no sign of the girl, but then Felton spotted smears of blood on the hallway walls. Panicking, she approached Occhi’s room. She found small pools of blood on the floor outside her door and even more on the door frame. A bloodied nightgown was tossed in the clothes hamper.

As she continued through the house, more desperately this time, Felton found more blood near the back door. She checked outside, then called 911 at approximately 8:30 a.m.

Police rushed to the scene and found no signs of forced entry. A team of bloodhounds searched the neighborhood, running through nearby fields and ditches, but they picked up no trace of young Leigh Occhi. It was hard to tell if the heavy rains were washing away any scent of the girl or if there was simply none to be found in the area.

Inside the home, police found more traces of blood in the bathroom. “It’s pretty obvious to us that someone tried to clean up the scene or the countertop,” Tupelo Police Captain Bart Aguirre told CNN. “But we couldn’t find the rag or towel that had been used. We couldn’t find it anywhere.”

Missing from the house along with Occhi were her shoes, a pair of shorts, a new pair of underwear she’d received for her birthday, her glasses, and a sleeping bag. If not for all the blood, it would have seemed that Leigh Occhi had simply run away.

Aside from the blood, police found few clues at the scene, and none pointed to Occhi’s whereabouts. Investigators studied the girl’s nightgown and concluded that the blood likely came from a head or neck wound, as it seemed that it had dripped onto the gown from above. Tests later revealed that all the blood in the home was Type O — Occhi’s blood type.

Leigh Occhi’s father, Donald Occhi, soon secured leave from his Army post in Alexandria, Virginia, and joined the search efforts. He and Felton had met and married while stationed together in California, but their marriage dissolved soon after their daughter was born, and he remained in the Army while Felton left the military to work for a manufacturing company. 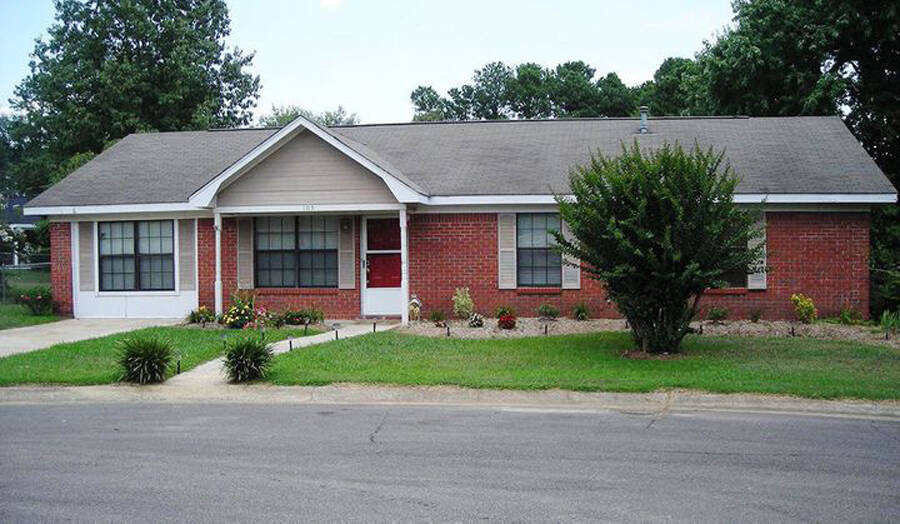 In an interview with Mississippi’s Daily Journal, Donald Occhi recalled the phone call he received from Felton on Aug. 28: “She said, ‘Leigh’s missing.’ I said, ‘What the hell do you mean? Did she run away? What happened?'”

“I had no idea there was blood and stuff like that,” he continued. And in a separate interview with true crime blogger Anthony Wayne, he clarified, “The day after it happened, all she said was Leigh was ‘missing’… A couple of days later she called with the details of the blood and everything else.”

Despite extensive search efforts over the following weeks, there was still no sign of Occhi. Then, on Sept. 9, Felton received a mysterious package in the mail. It was addressed to her husband and Occhi’s stepfather, Barney Yarborough, from whom she’d recently separated, and it had no return address. Inside were Leigh Occhi’s glasses.

Police tested every part of the package but found no fingerprints or further clues. Even the seal and stamps had been moistened with water, not saliva. It was postmarked from Booneville, a town 30 miles away.

The town rumor mill began churning. Classmates remembered that Occhi had previously shown up to school covered in bruises, though she attributed them to horseback riding. According to Stories of the Unsolved, one of Occhi’s friends recalled she’d once seen her eating berries on the school playground and warned her they may be poisonous. Occhi responded that she didn’t care and that maybe she wanted to die. She later said she was joking, but the comment still stuck with her friend.

Suspicion began to brew, and even Donald Occhi started to believe that Vickie Felton had something to do with their daughter’s disappearance.

According to Huffington Post, Felton took three polygraph tests at three different times — one administered by a local polygraph examiner and two by the FBI. Aguirre said she “failed it three times.”

Felton vehemently defended herself against the polygraph results. “I couldn’t tell you why,” she said. “They measure changes in your body and when your daughter has gone missing and they strap you up to things, I can’t imagine anyone’s body not reacting.”

Since polygraph tests don’t generally hold up in court, and as there was no solid evidence connecting Felton to her daughter’s disappearance, she was never charged. Even now, 30 years after Leigh Occhi vanished, police have no true suspects.

The Many Theories About What Happened To The Teenage Girl

Despite the fact that Vickie Felton was never charged in connection with Leigh Occhi’s disappearance, Donald Occhi still believes she knows something. In his interview with Anthony Wayne, he explained that Felton was a trained interrogator for the U.S. Army.

“I had my concerns,” he said of law enforcement’s handling of the case. “I don’t think they had dealt with someone with Vickie’s intelligence before. She was a trained interrogator. She knew how to act regarding questioning.”

He doesn’t believe there would have been time for someone to come to the house, kill Occhi, hide any weapons, and clean up the blood in the bathroom in less than an hour. His theory is that Felton killed Occhi the night before and lied to law enforcement about the entire timeline. 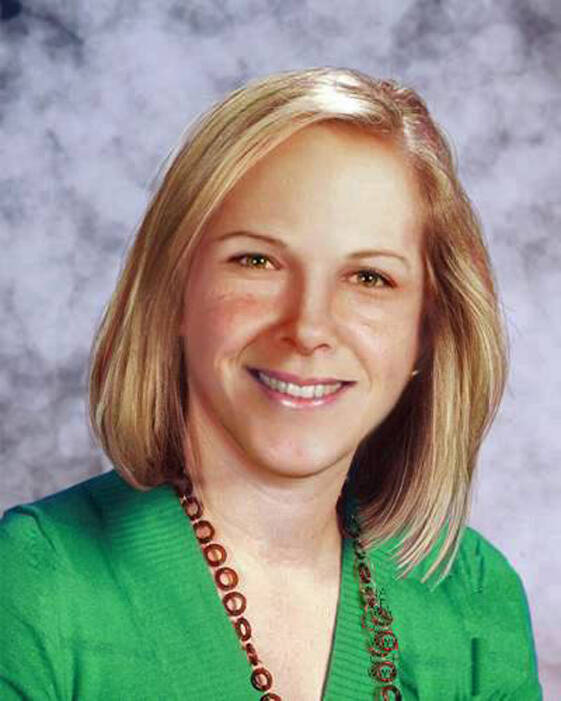 However, Vickie Felton had her own ideas about who was to blame for her daughter’s disappearance, and they would send Tupelo into a tailspin.

She pointed a finger at Oscar Kearns, the Sunday school teacher at Holy Trinity Lutheran Church that Felton and Occhi attended. Kearns also had horses at the same stable that Occhi frequented and had asked the young girl to go riding with him once or twice.

Felton argued that since there were no signs of forced entry, Occhi must have opened the door for whoever abducted her. And since she would never have let a stranger inside, the perpetrator had to be someone she knew.

Felton’s claims were bolstered by the fact that just nine months after Occhi went missing, Kearns abducted a 15-year-old girl in Memphis, Tennessee whom he’d met through church. He sexually assaulted her before dropping her off at school, and he pleaded guilty to rape when arrested.

Kearns was sentenced to eight years in prison, but he served only four and was released in October 1997. Then, two years later, he kidnapped a married couple and raped the wife. He served an additional 20 years for those crimes. Kearns has continually refused to speak with police and the FBI about Leigh Occhi’s disappearance.

Against the backdrop of Hurricane Andrew and the upcoming 1992 election, Occhi’s case got crowded out of the news cycle. As those closest to Occhi, including her mother Vickie Felton and her stepfather Barney Yarborough, were cleared of wrongdoing, police ran out of suspects to question.

And with scant physical evidence besides the blood found in the house, police ran out of clues to follow, as well. There was a fleeting glimmer of hope in November 1993 when a farmer found a skull in his soybean field. However, police found it belonged to another missing woman from the area, Pollyanna Sue Keith.

Any secrets Oscar Kearns harbored went with him to his grave when he died in May 2021.

Leigh Occhi’s case may have gone cold, but it is not closed. She is still classified as a missing person. At the time of her disappearance, Occhi was slender, with bluish-green eyes and blond hair. If you have any information regarding her whereabouts or case, please contact the Tupelo Police or the Crime Stoppers of Northeast Mississippi.

After learning about the strange disappearance of Leigh Occhi, go inside the night child actor Joe Pichler vanished into thin air. Then, read about the tragic case of 11-year-old Jacob Wetterling.