A previous study claiming that socially isolated individuals are at higher risk for heart disease isn't what it appeared to be. 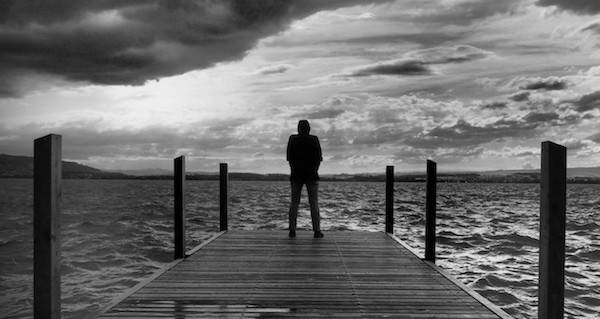 On March 26, 2018, the largest study of its kind was published online in the journal Heart by a group of public health researchers on the link between loneliness/social isolation and heart disease or stroke. However, the researchers also incorporated a number of other common risk factors associated with these health conditions that are typically ignored in these types of studies. The study was led by Dr. Christian Hakulinen of the Faculty of Medicine at the University of Helsinki.

Has anyone ever said something to you like, “Social connection is the most important thing for a long life”? Data taken from 11 studies on cardiovascular disease and eight studies on stroke were combined into one overarching analysis. The results indicated that social isolation and loneliness were associated with a 30% increase in the risk of coronary heart disease or stroke.

The problem is, in all these studies, biological, behavioral, socioeconomic, and mental health factors weren’t taken into consideration. That means that the associations found between loneliness and heart disease couldn’t be determined as independent of any of these factors.

Additionally, almost all the studies were done on a small scale.

Now, in the newly published Heart study, researchers pulled from the U.K. Biobank to survey nearly 480,000 people between ages 40 and 69 from 2007 to 2010. They also incorporated a multitude of already known risk factors into their study. The participants provided information on their income, lifestyle, ethnicity, socioeconomic background, and other potentially indicative factors. They were then asked questions to determine their levels of social isolation and loneliness. Finally, the participants were tracked for an average of seven years.

After incorporating all these other indicators into the study and adjusting the initial statistics found on correlations between loneliness and risk for first-time heart disease and stroke, the researchers found that isolation and loneliness on their own were not statistically significant in terms of risk for heart disease or stroke.

Dr. Hakulinen spoke with All That’s Interesting and explained his findings. With the initial studies that took little information aside from basic demographics (age, sex, and ethnicity) into account, he noted that “social isolation and loneliness had a 1.4 to 1.5-fold increased risk” of heart attack or stroke.

However, “When adjusted for all the possible mechanisms [or] confounders these associations largely diminished,” said Hakulinen.

“To me, this indicates that most of the excess risk was attributed to known risk factors such as obesity, smoking, low education, and pre-existing chronic illness.”

When it came to deciding which additional factors to take into consideration, Hakulinen explained, “We aimed to examine as many known risk factors as we had data.” They then looked at whether associations were similar between men and women as well as different age groups, “which is quite typical in a study like this.”

One risk correlation did remain statistically significant after the adjustments were made, though the percent of increased risk was nearly cut in half. When it came to chances of mortality after having a stroke or heart attack, whether a person was socially isolated made a difference.

The meta-analysis data from the earlier combined studies found that there was a 50% increased risk of mortality after already having a stroke or heart attack. In Hakulinen’s study, though it dropped to 25%, it’s still a strong correlation. However, loneliness did not have this kind of correlation.

“I don’t think that there is clear medical explanation for this,” said Hakulinen. “In theory, it might be that individuals who are feeling lonely have at least some social networks that activate after they get sick, but persons who are socially isolated don’t have these kinds of social networks.”

Now you can read about the study that said drinking more coffee makes you live longer. Then check out this study that may make you rethink who your real friends are.