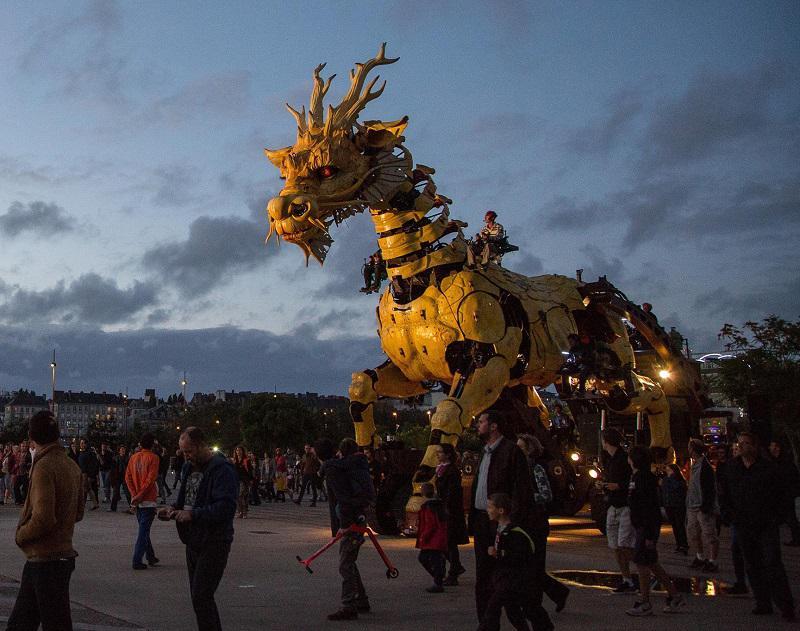 Imagine driving to work in the morning, only to run into a massive mechanical dragon walking through the city streets to its own theme music. That’s what happened to the people of Nantes, France, who were greeted by the sight of Long Ma, a fire-breathing mechanized dragon sculpture. The huge yellow dragon weighs about 46 tons—more than the weight of eight elephants—and measures in at about 40 feet tall. The incredibly lifelike sculpture was created by none other than the talented French designer François Delarozière and his team La Machine. 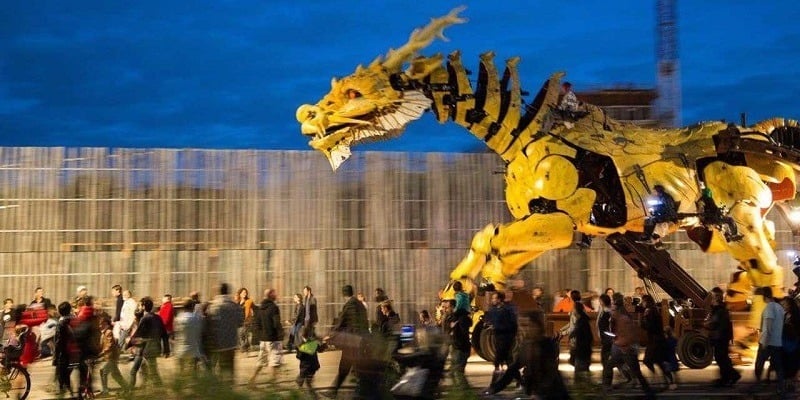 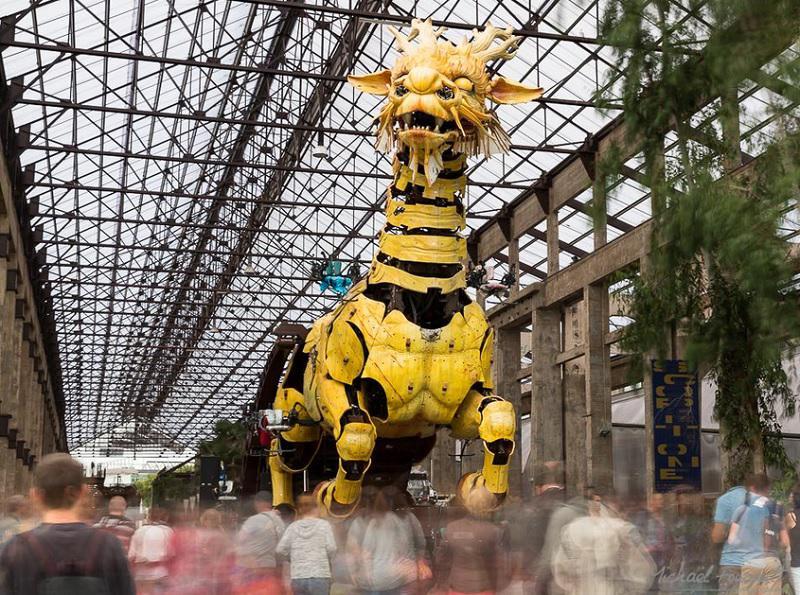 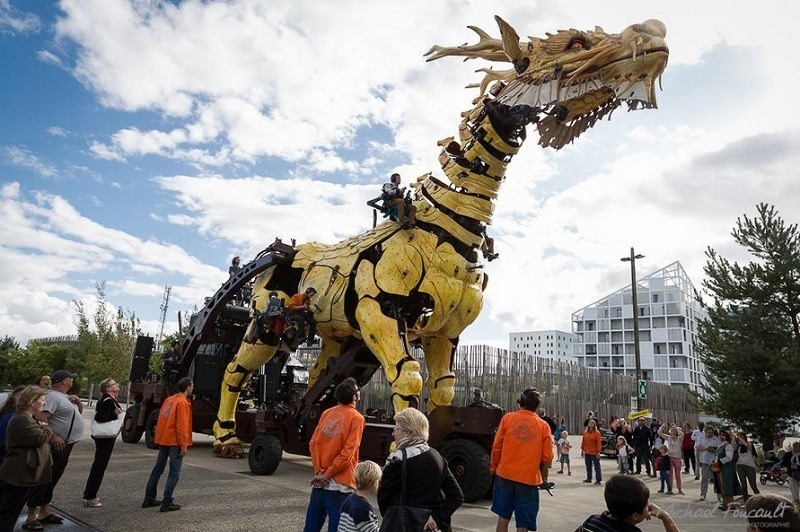 Despite the mechanical dragon’s massive size, Long Ma is surprisingly limber and can perform a number of actions, such as making facial expressions, walking and “breathing” fire and smoke plumes. In fact, in videos like the one below, the yellow dragon actually looks incredibly realistic (this, of course, assumes that dragons are actually real).

Although Long Ma spent its first few days parading through the streets of France, the fire-breathing dragon is currently en route to China, where it will be presented as a gift to celebrate the 50th anniversary of the establishment of diplomatic relations between China and France. It can also be seen as the latest French effort to boost trade in a mediocre economy and increase Chinese foreign investment flows into the country, as right now France hangs at a puny one percent of total Chinese foreign investments. 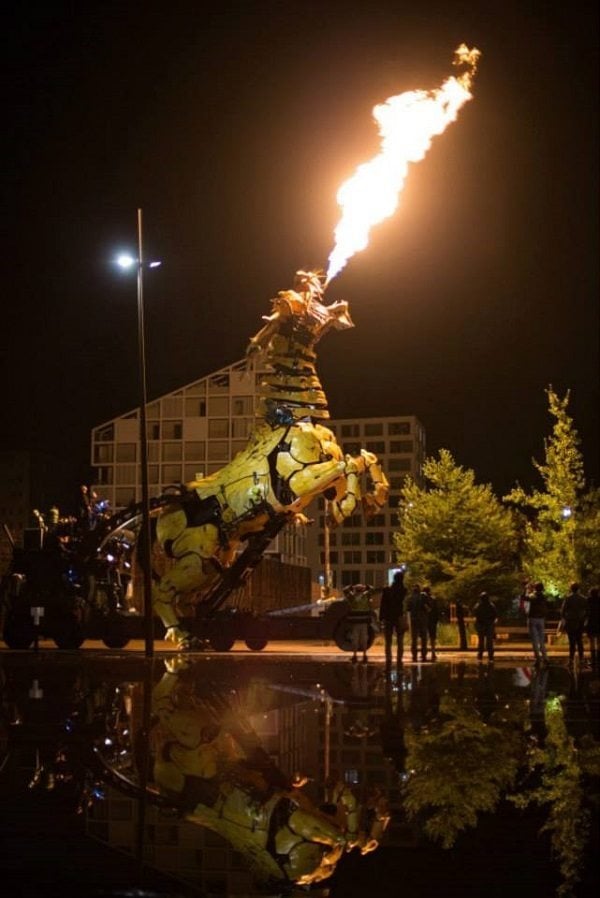 Long Ma’s creator, La Machine, is a group of artists—specifically designers, fabricators and technicians—known for creating large performing machines. Directed by artist François Delarozière, the team has created various large-scale works such as La Princesse, a 50-foot mechanical spider that debuted in Liverpool. Delarozière also designed the 50-ton mechanical elephant used in The Sultan’s Elephant, a large-scale performance art show that was created by the Royal de Luxe theatre company in 2005. Check out a video of the incredible mechanical elephant here: 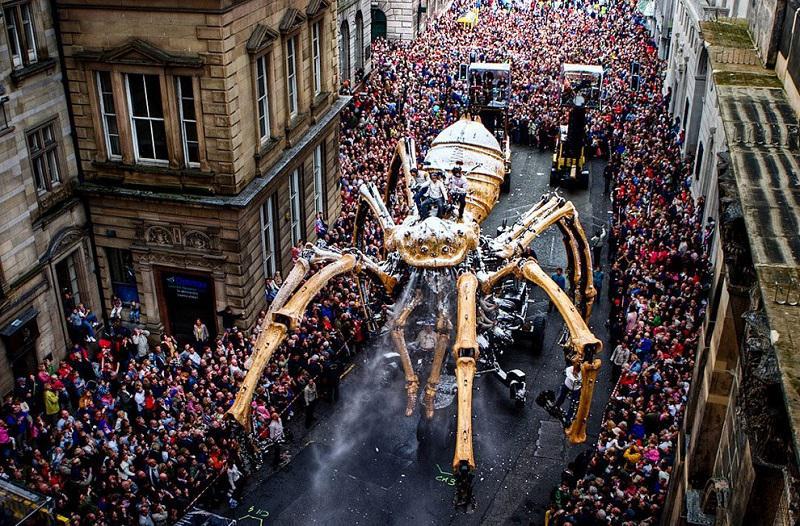 Source: What the Heck 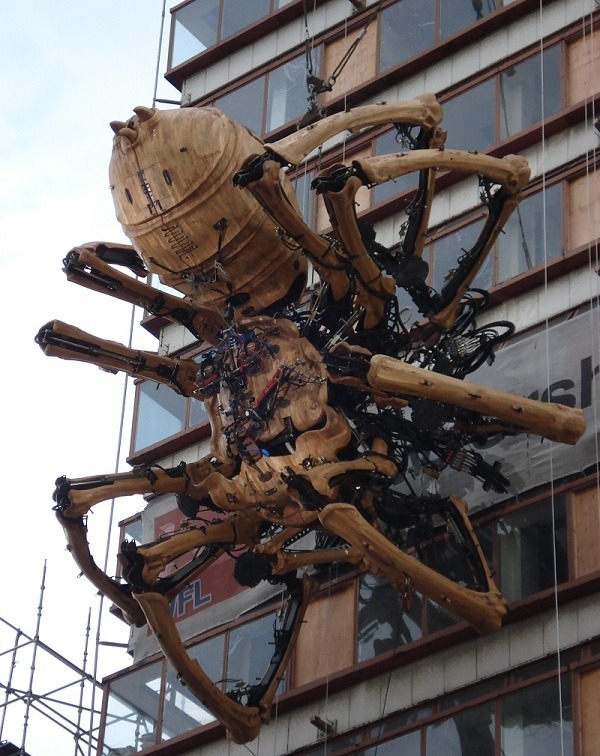 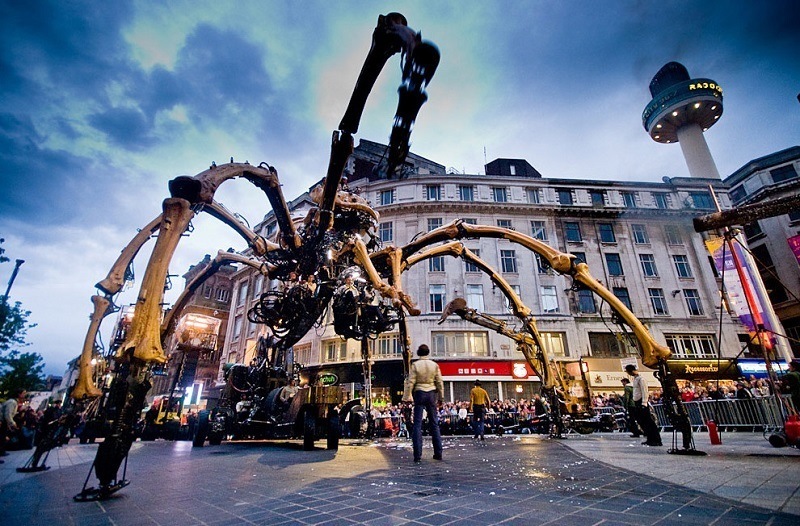