U.S. Received Millions Of Dollars’ Worth Of Stolen Artifacts From Middle East Conflict Zones In 2016

A record $100 million worth of ancient artifacts from the Middle East and North Africa found its way to the U.S. last year. 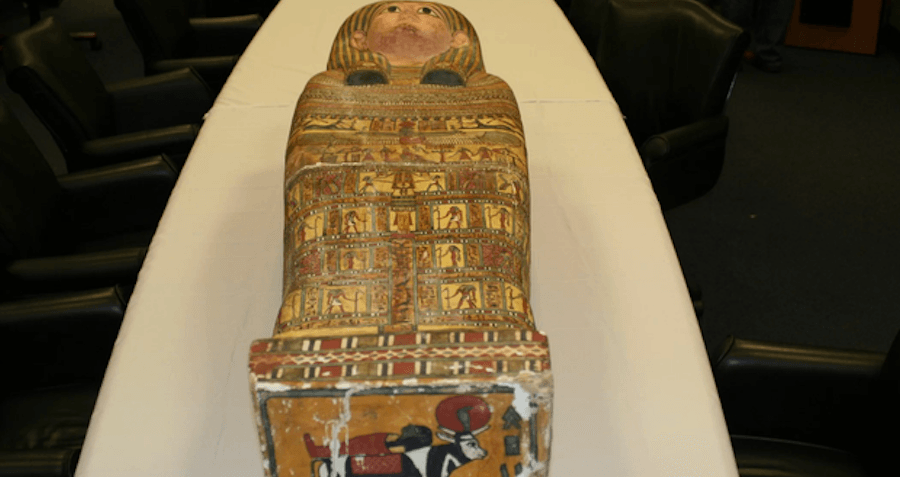 U.S. Census Bureau documents indicate that more than $100 million worth of artifacts were shipped to the United States from Egypt and Turkey in 2016 for personal use, Live Science reports. While these artifacts’ origins are difficult to determine, many of them were very likely looted from conflict-ridden areas in the Middle East and North Africa.

Not only is the 2016 figure the highest amount of artifact trade to the U.S. in almost 20 years, but this uptick in “for consumption” trade — meaning not for museum display — tragically coincides with Egypt’s 2011 revolution and the 2011 Syrian civil war.

Live Science reports that this is not the first time that Turkey, which shares a border with both Iraq and Syria, saw an increase in shipping antiquities while being close in proximity to an armed conflict with incidents of massive looting. The same behavior was on display during the 2003 Iraq War.

Whatever their origins, many of these items are shipped directly to New York City, home to countless galleries, auction houses, and antiquities dealers. From there, the actual resale value of these looted antiques is likely much higher than the value listed on the cargo manifest.

But an item’s true value and very nature can be all but impossible to discern. The U.S. customs office only audits the occasional shipment, and many are shipped under purposefully obscure titles, such as “antiques of an age exceeding 100 years,” Live Science reports.

“Middlemen are experts in making looted and smuggled antiquities look like they are part of the legitimate market by cleaning and restoring them and creating forged paperwork that makes it seem like Egypt gave permission for its export,” Erin Thompson, a professor of art crime at the City University of New York, told Live Science.

Unfortunately, there is not much that anybody can do about it by this point, although U.S. Immigration and Customs Enforcement (ICE) investigates looted antiques once they have entered the country.

“The stuff that you’re seeing popping up, that we’re getting our hands on now, in a lot of cases was stolen or looted [in] 2007 to 2012,” ICE spokesperson Brendan Raedy told Live Science.

For the most part, ICE’s plan to crack down on looted artifacts is to teach museum curators and antique store owners how to recognize the stolen antiques when they come across them.

Next, check out these 400-year-old artifacts uncovered at the first English settlement in the new world, before finding out about the time that ISIS accidentally uncovered an ancient Assyrian palace — and looted it.