Joshua Witt has admitted that the entire incident was a hoax, and that his hand was actually injured when he cut himself. 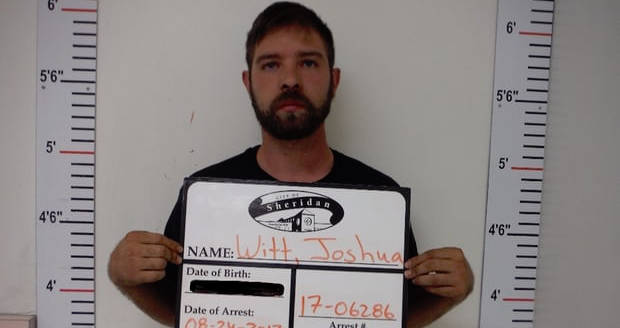 In an odd turn of events, a Colorado man who reported being stabbed for looking like a neo-Nazi has been revealed to be a liar.

Earlier this month, a Facebook post and crime report detailing an attack on Colorado resident Joshua Witt, 26, made the news rounds. In these accounts, Witt claimed that he was stabbed by a black man in his mid-20s in the parking lot of a Sheridan, Colo. Steak ‘n Shake.

Witt alleged that the man approached him in the parking lot and asked him if he was “one of them neo-Nazi?” due to his haircut. Witt then claimed that the man attempted to stab him with a small knife, cutting Witt’s hand before the attacker fled into a nearby wooded area.

Witt posted about this fabricated event on Facebook in a post accompanied by an image of his bloody hand and filed a false police report about the incident. 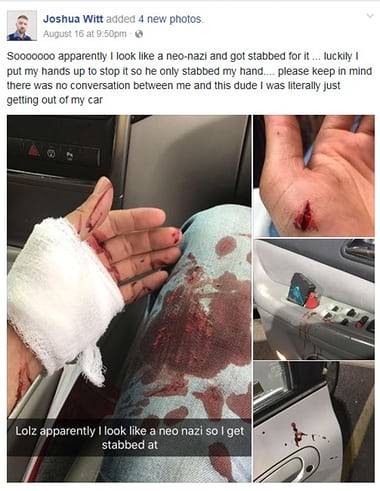 Now, The Guardian reports, Witt has admitted that the entire incident was a hoax, and that his hand was actually injured when he cut himself opening up a knife package.

He admitted to fabricating the story while being questioned by police about the incident. Police were initially suspicious of Witt’s claim because no other people in the crowded Steak ‘n Shake parking lot witnessed or reported a crime. Witt also did not seem to have the side-fade haircut associated with neo-Nazis at the time of his report, though he did in his Facebook profile picture attached to his post. 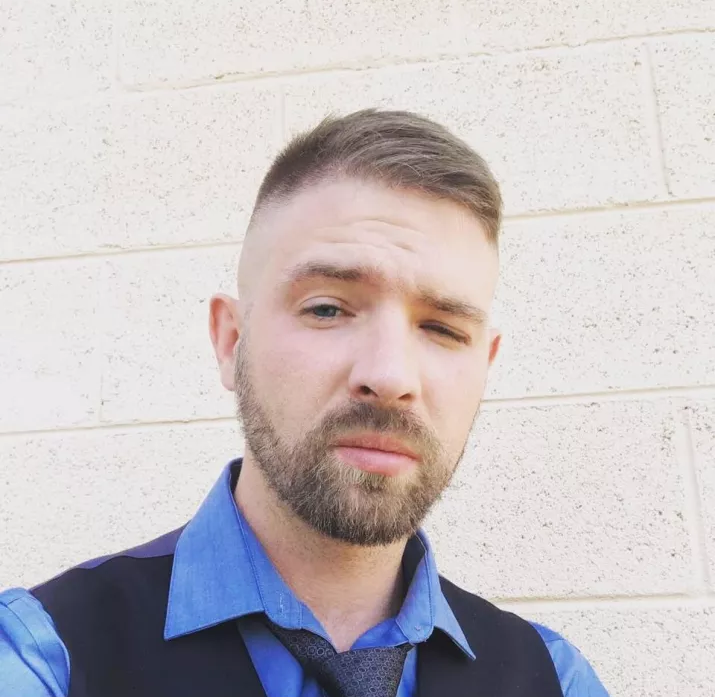 Joshua Witt/FacebookWitt’s profile picture when he posted his story.

After looking into a suspect as described by Witt, police began delving into his story. Surveillance footage from the parking lot showed no one fleeing the scene, and after some searching, footage was found showing Witt buying a small knife at a nearby sports goods store.

Confronted with this evidence, Witt confessed and has been charged with filing a false police report. He know faces a fine of $2,650 and up to a year in jail if he is convicted.

Next, learn about how the woman who instigated the Emmett Till murder by claiming he wolf-whistled at her lied about the incident. Then, read about the White supremacist who said he killed an elderly Black man to deter interracial relationships.