Though he was only serving a four-day sentence and was already halfway through it, Marc Schwartz decided to make a risky break for it. It didn't pan out like he'd hoped. 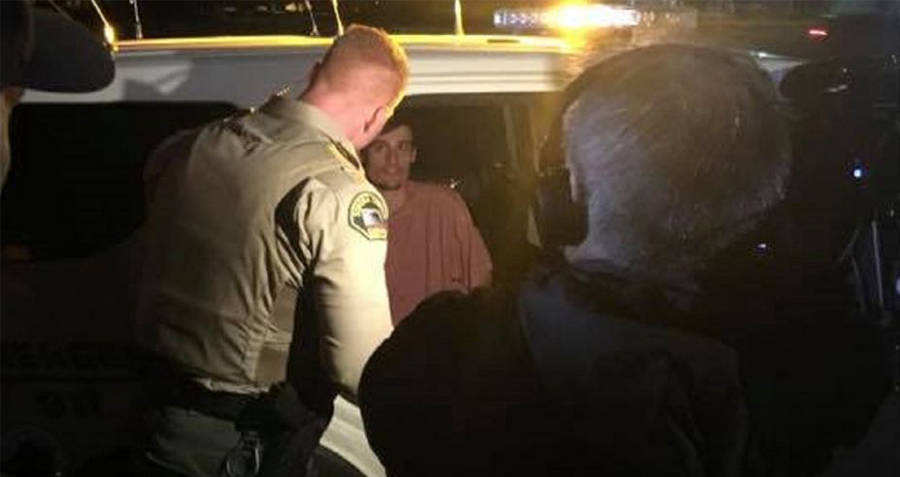 Fox NewsMarc Schwartz sits in a police car after his recapture.

Just two days into his four-day DUI sentence, Marc Schwartz pulled off an escape from the Santa Rosa jail where he was being held.

But, the California man’s taste of freedom was short-lived. Just 38 minutes after he made a break for it, he was re-captured by local authorities. Now, he could be facing a longer prison sentence than he was originally handed.

On Saturday evening, halfway through his sentence, Schwartz made his escape. While in the prison yard, he managed to scale an internal fence that was topped with barbed wire. Though the wire posed somewhat of an issue, he managed to untangle himself relatively unscathed and drop to the ground. Then, he hopped a lower, exterior wooden fence, and began running through the surrounding woods.

By the time Schwartz had made it to the fence, the jail had been put on lockdown by the guards. An inmate count identified Schwartz as the escapee, and a bulletin was quickly broadcasted with his description. Within minutes, a civilian called authorities and told them he’d seen a man matching Schwartz’ description running through the tall grass near the jail.

More than 20 deputies, a sheriff’s department helicopter, police dogs, highway patrol officers, and local police converged on the area, waiting for Schwartz. The helicopter employed a searchlight to scan the area, which the deputies said forced Schwarts to have to stop moving.

Just 38 minutes after his escape, Marc Schwartz had been recaptured.

Upon his discovery, deputies claim he was wet from running through a nearby creek, and bleeding. A bloody shirt was found nearby. Paramedics treated Schwarts for his injuries on the scene before taking him to a local hospital for further care. After being treated he was transferred back to prison, this time to the Main Adult Detention Facility in Santa Rosa, a more secure facility, where he was booked on felony escape charges.

Though there has been no word on whether Schwartz’ sentence has been extended due to his brief escape, felony escape charges carry sentences of between one and six years depending on the state, and the severity of crimes committed, if any, during the escape.

According to the sheriff’s department’s Facebook page, drugs or mental problems weren’t a factor in Schwartz’ escape. He simply made a poor choice.

“No drug or mental health issues in this case. He chose to solve a perceived problem in the absolute worst way,” the department wrote in a post.

Next, check out the tale of history’s most famous prison escape. Then, read about the pedophile dwarf who was spared jail time because he was too short.