"You don't want to see this sort of thing happening, it's really sick stuff." 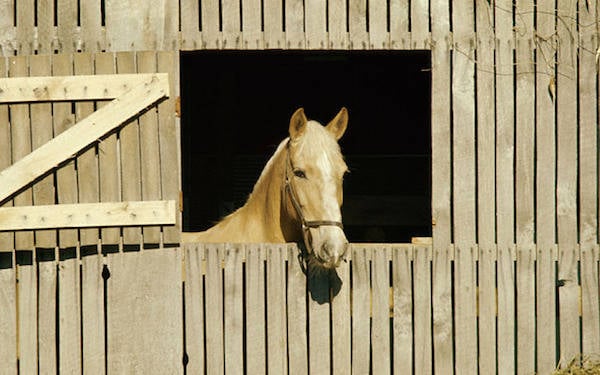 A man in New South Wales, Australia who was arrested for having sex with a young female horse will be eligible for release next week.

The 31-year-old man told police that the act was consensual because the filly winked at him first.

Prior to the incident, staff at the horse stables in the Australian city of Grafton had installed CCTV cameras after they became suspicious of potential activity going on in the stables. About a month later, on Jan. 22, 2018, the cameras triggered an alarm.

One of the trainers saw a man opening several of the stables and called the police, the Daily Examiner reported.

When police arrived, they found Daniel Raymond Webb-Jackson crouching in one of the horse’s stalls.

Though Webb-Jackson admitted to the police that he had committed two sexual acts with a horse, he pleaded not guilty to committing an act of animal cruelty. During the interviews he told police that the horse smelt his crotch and winked at him, which he believed was the animal’s way of giving consent.

Meanwhile, the horse’s trainer said the animal was left traumatized.

“She is only a little two-year-old and we had to put her out in the paddock,” the trainer said.

The horse was being condition to race, but according to the trainer, her entire demeanor changed after the incident. “The filly went from being quiet to just being highly strung, she changed in 24 hours,” he said. “You don’t want to see this sort of thing happening, it’s really sick stuff.”

Webb-Jackson was found guilty of animal cruelty. He was sentenced to 10 months, and is eligible for parole after six months. He was also fined the equivalent of about $518.

Magistrate Karen Stafford said that the definition of cruelty had to be considered in regards to the objective of the animal cruelty act, which is to ensure humans protect the welfare and treatment of animals.

In her ruling, Stafford said that allowing a horse to fellate Webb-Jackson, and digitally penetrating the horse (the two sexual acts Webb-Jackson committed), amounted to acts of cruelty.

Next read about the case involving a Michigan State University health physicist who was charged with committing bestiality on a basset hound. Then read about how the Indian Government granted animals the same legal rights as humans.