Man Who Tried To Drown Himself Sues Lifeguard Who Saved Him

The man was allegedly experiencing a bipolar episode when he attempted to drown himself in a pool. Now, he's suing the lifeguard who saved him for not acting fast enough. 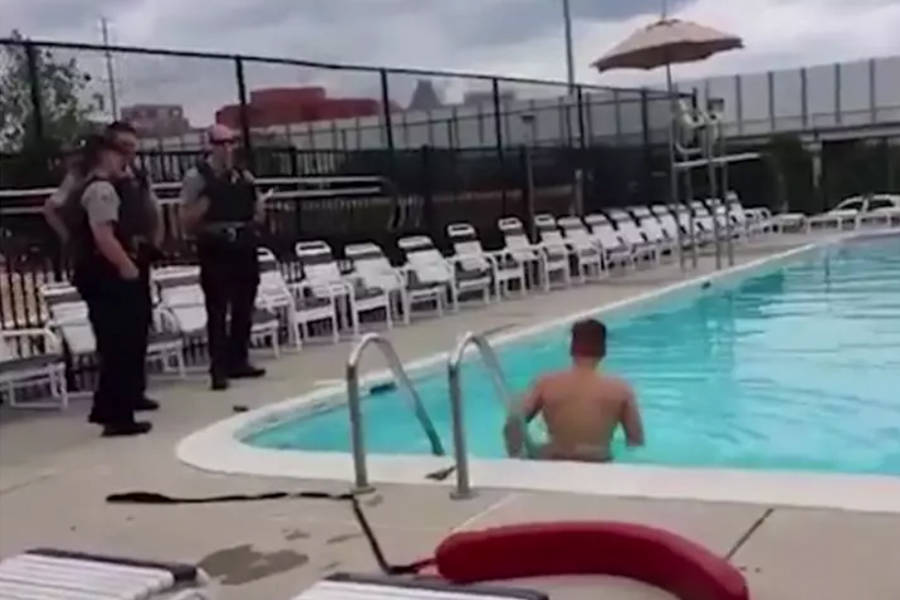 The IndependentMateusz Fijalkowski is suing the lifeguard and officers who saved his life.

A man who attempted to drown himself in an apartment complex’s pool is now suing the lifeguard who rescued him, not because he intervened in his attempt, but because he took too long to do so.

Mateusz Fijalkowski, of Fairfax County, Va. was reportedly suffering from a bipolar episode in May of 2016, when he repeatedly threw his belongings into the pool and retrieved them. Eventually, he held on to a drain on the bottom, refusing to surface.

The police were called when Fijalkowski’s episode began. Though they noticed he was clearly in distress, they refrained from intervening and stopped lifeguard Sean Brooks from doing so as well. The officers claim that they were attempting to protect themselves and the lifeguard from the disturbed person, per their training.

Eventually, however, the lifeguard did enter the pool and pull Fijalkowski out. Though he had no pulse and was not breathing, Brooks performed CPR until Fijalkowski was revived by EMTs using a defibrillator.

Fijalkowski had been hired as a pool employee just three days prior to the episode. Though he did not know how to swim, he had been tasked with cleaning the pool, monitoring the pH levels, and maintaining the deck area.

Though his first two days of work had gone smoothly, on the morning of his third day his coworkers noticed him acting strangely. He began arguing wth pool guests, evening pulling a wristband off of one girl and telling her she could not go in the pool. He was also talking to himself in his native Polish, and ignoring his superiors.

As the officers looked on, Fijalkowski proceeded to throw his cell phone into the pool and retrieve it, twice, before climbing the lifeguard tower and blowing his whistle.

Finally, he climbed down the tower, entered the pool, waded into the deep end, and swam to the bottom. There, he grabbed on to two drain vents at the bottom of the pool, and held himself down.

For more than two-and-a-half minutes, several officers and a lifeguard watched Fijalkowski under the water. Eventually, Brooks jumped in and pulled him out. As soon as Brooks surfaced, the officers jumped into the water and assisted in pulling Fijalkowski out of the pool. CPR was administered while the ambulance was on its way, and Fijalkowski was then revived with a defibrillator.

However, what should have been a happy ending for all turned sour when Fijalkowski filed a lawsuit against the officers and Sean Brooks. Fijalkowski claimed that the officers let him drown and failed to perform their duties to save him. He claims they could have stopped him from even going into the pool in the first place.

“The police allowed me to sink before their eyes,” Fijalkowski said. “I’m glad that in the end, they realized that they shouldn’t let me drown, but I don’t thank them for letting me die, clinically, before their eyes.”

The lawsuit seeks damages for the over $100,000 in medical bills that Fijalkowski accrued due to his injuries from being left underwater.

The police have denied that the officers intentionally let Fijalkowski die, claiming that the officers followed procedure and were trained not to intervene when a person is having a manic or disturbing episode.

“When someone’s having a mental episode, the last thing you want to do is go hands on,” Mr Fairfax County Pollice Chief Edwin Roessler said. “You use time on your side to let the episode subside.”

He also expressed his incredulity at the basis of the lawsuit.

“They saved his life – he did not die,” Roessler said. “You’re going to sue someone for saving your life?”

Next read about the Muslim women suing the NYPD for making them take off their hijabs for mugshots. Then, read about the girl whose parents are suing her school, after she committed suicide after being bullied.