According to an arrest affidavit filed by the reporting officer, the customer told the employee: “If I had a gun or knife you would be the first to go.” 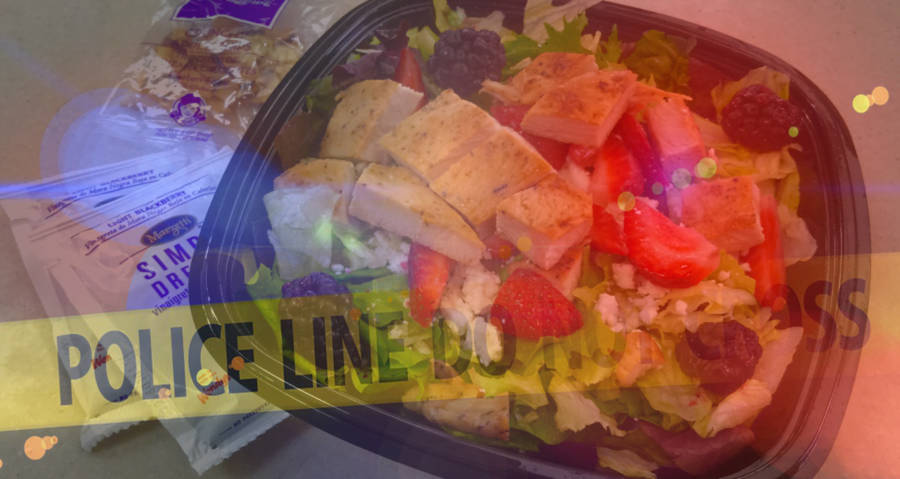 Working in costumer service can often be aggravating, but there is a distinct group of people that make the experience sometimes unbearable.

One such man entered a Wendy’s in New Holland, Penn. earlier this week. Last Sunday, Theodore L. Gunderson Jr. of Lansdale, Penn. entered the fast food establishment at 4:00 PM and ordered a salad. Lancaster Online reports that when the salad returned with fewer than the amount of cucumber slices he had expected, Gunderson became enraged.

The 58-year-old began yelling and swearing at the employee working the counter. Gunderson allegedly threw the salad he had purchased at the employee and began making intense threats towards the man. According to an arrest affidavit filed by the reporting officer, Gunderson told the employee: “If I had a gun or knife you would be the first to go.”

Fearing for his life, the employee then called 9-1-1 and police arrived on the scene. Gunderson exited the store and locked himself in his car in the parking lot outside. When police attempted to get him to exit his vehicle, Gunderson took off in the car, almost running over an officer in the process.

He was the quickly arrested by police officers, and will stand trial on August 9th on charges of aggravated assault, terroristic threats, resisting arrest and disorderly conduct.

This is just the latest incident in which unhinged customers have become enraged at fast food employees. Last year, a pregnant, teenage Wendy’s employee was assaulted by drive-through customers who where infuriated that she had forgotten to include straws in their order. Video footage of the attack shows the teenage girl being pulled through the drive-through window.

News ReleaseFor immediate release: June 28, 2016Attempt to Identify in Assault at Wendy’sThe Independence Police Department is attempting to identify suspects in reference to an assault that occurred on Sunday, June 26th at 2:51 pm at Wendy’s (9022 E. US 40 Highway). Initial media coverage indicated that the assault victim was dragged through the window and assaulted. Upon further investigation and review of the surveillance footage, it was revealed that the victim was initially grabbed and then climbed out of the window on her own accord during the altercation. The suspect vehicle was described as a purple colored Dodge Charger. The suspects were described as two black females. No additional suspect information is available at this time. Anyone with information as to the identity of the pictured suspect or vehicle is asked to contact the TIPS Hotline (816) 474-TIPS or IPD tips at (816) 325-7777 or email leads@indepmo.org Thanks for sharing.###

Even more recently, a Georgia couple viciously attacked a mother and daughter working at a Qwik Chik fast food restaurant in Baxley County.

These acts of violence do not only go one way, though. Incidents have been documented of fast food employees assaulting customers, including an incident at a Wendy’s where an employee of the location beat a customer senseless for “disrespecting him.”

All these incidents show that the world of service jobs can often be a dangerous ones, especially when you work in a fast food restaurant, where just about everyone passes through at one time or another.

Next, read about how a Burger King employee was awarded $35,000 after being fired for “stealing” 50 cents of food. Then, check out these powerful images from fast-food worker strikes.