Australian Man Has Thumb Replaced With Toe After Bull Attack

Twenty year-old Australian cattle worker Zac Mitchell had his toe transplanted onto his hand after a bull kicked off his thumb. 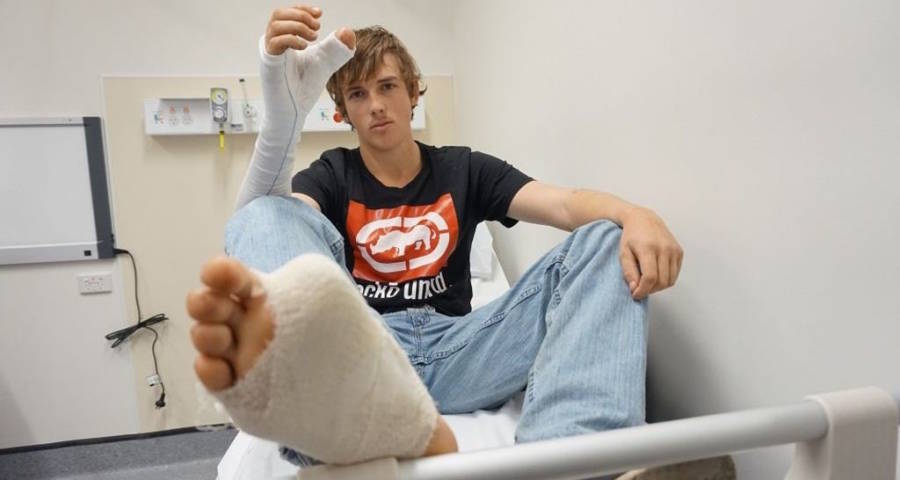 An Australian cattle worker just had his thumb surgically replaced with his big toe after the original was destroyed.

Twenty year old cattle worker Zac Mitchell was injured later this year while working on a range in Western Australia. He was kicked by a bucking bull, who smashed his hand into a nearby fence. This attack knocked his thumb clean off of his hand. 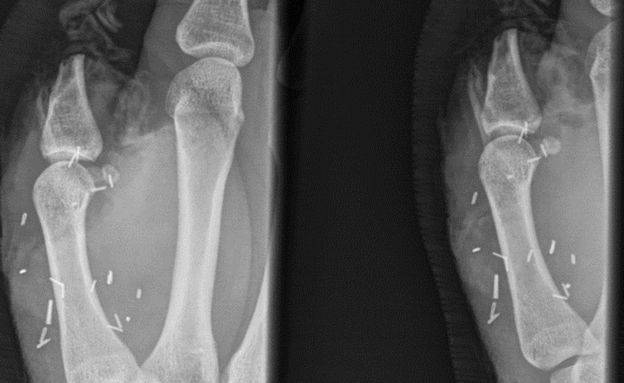 Mitchell’s coworkers attempted to preserve the thumb, immediately putting the severed appendage into a cooler willed with ice. Unfortunately, doctors were unable to reattach the severed thumb back to Mitchell’s hand. After two attempts to reattach the thumb, including an airlift to a hospital in Perth, the state capital, doctors had to admit defeat.

They then proposed to Mitchell a solution: to detach his big toe and use it to replace his thumb. Mitchell was understandably reticent to have another part of his body dismembered, but after some convincing, agreed to the operation.

The operation was completed two weeks ago, and although he will still require 12 months of rehabilitation to be able to use his new thumb freely, the surgery was a success.

Though these types of transplants are rare, they are not unheard of and have been successfully completed many times. The procedure was first tested on a live subject in 1966, when Dr. Harry Buncke successfully transplanted a monkey’s thumb with its toe.

The benefits of having a thumb, tend to greatly outweigh those of losing a toe, making the procedure appealing to many in the same situation as Mitchell.

However, it is not an easy surgery, requiring enormous expertise in microsurgery, a team of at least four doctors, and at least eight hours of surgery.

The procedure is not a perfect fix, as the big toe does not function or look exactly like a thumb, but it is effective at returning much of the function lost from the injury to the patients hand.

Also, the patient can endure some loss of balance after losing a big toe, but doctors say that these effects are not too severe.

In the future, doctors are hoping to be able to be able to transplant from dead bodies instead of taking from the patient in a procedure known as cadaveric transplantation. Cadaveric transplants have been successful but they hold a much higher risk that the body will reject the new tissue. Hopefully in the near future, when doctors perfect this method, patients who lose a thumb will not have to let go of a toe, just to get a thumb back.

Next, read more about crazy transplantations with this story about doctors transplanting an ear they grew on a man’s arm. Then, learn why poop transplants might be the most exciting recent development in medicine.