Everything You Ever Wanted To Know About Mars – “The Red Planet”

Mars facts you should know before planning your first – and last – trip.

Given the similar proximity of Earth and Mars to the Sun (93 million miles and 142 million miles respectively), it’s only natural that skyward-looking adventurists and dreamers consider Mars the next and perhaps inevitable frontier of human exploration.

But don’t volunteer for a trip to the Red Planet on one of Elon Musk’s death rockets just yet. While Mars might be the planet in our Solar System most similar to Earth, it’s still quite different in a lot ways. And many of those differences make it a less than accommodating habitat for earthly organisms like us.

Let’s look at the tale of the tape:

So those are the stats, but what would being on the surface of Mars actually be like? Well, kind of weird.

Mars has only has about one-tenth of the mass Earth does, which means its gravitational pull on objects is significantly less. As such, a person who weighs 180-pounds on Earth would weigh just 68 pounds on Mars.

What most excites would-be explorers and colonizers of the planet is the presence of water ice. There is a vast reservoir of frozen water just beneath the Martian surface, as well as ice on the surface of Mars’ north polar region. 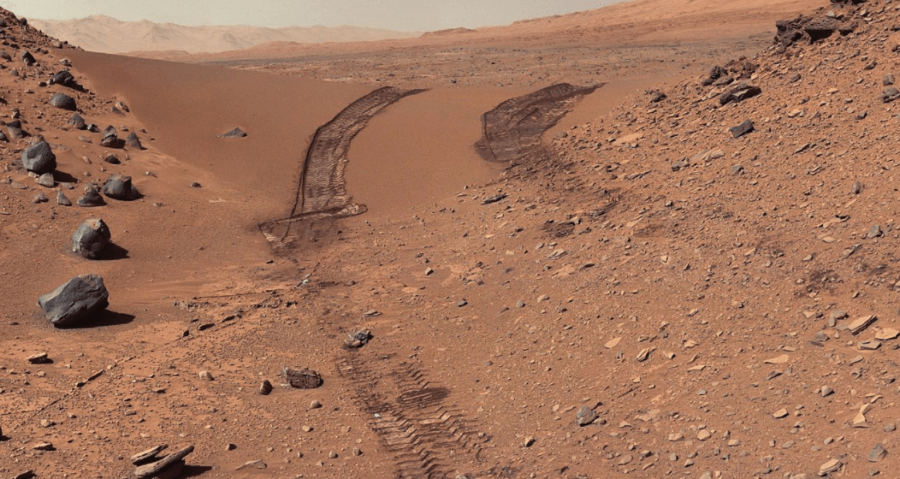 The surface of Mars appears to have a reddish hue thanks to an abundance of iron oxide, which is the same compound found in rust and blood. In its early days, Mars’ gravity pulled in a fair amount of iron stardust to its surface. At some point the iron became exposed to enough oxygen to make the iron oxide part possible. Hence, Mars’ rust-colored surface.

Mars’ two moons – Deimos, meaning “terror” or “dread,” and Phobos, meaning “panic” or “fear” – are named for the sons of the Greek god war, Ares. According to legend, the sons would follow their father into battle. “Mars” is the Roman name of Ares, but apparently the ancient Romans didn’t care enough about Deimos and Phobos to give them names too.

Mars has the biggest volcano in the Solar System 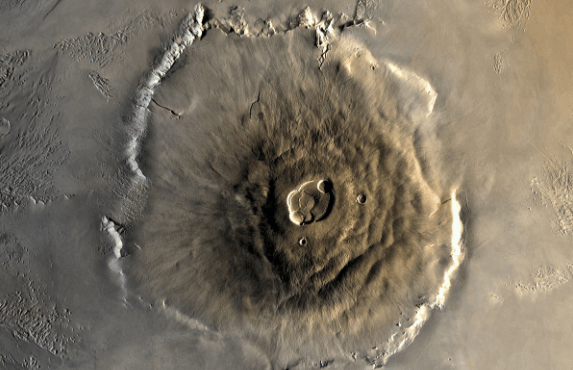 NASAViking 1 orbiter view of Olympus Mons with its summit caldera, escarpment and aureole

The highest peak on Mars is also the biggest known volcano in the Solar System. Olympus Mons is more than twice as high as Mount Everest and is believed to be the second tallest mountain in the Solar System. That honor goes to Rheasilvia, which is actually on an asteroid in the asteroid belt, and has a higher elevation than Olympus Mons by a mere tenth of a kilometer.

Although air temperatures at the Martian equator can hit a comfortable 68 °F in the sun, breathing said air would mean suffocating to death because of the high concentrations of carbon dioxide in the atmosphere. As such, Mars is one place where it’s ok to have a breath holding contest. 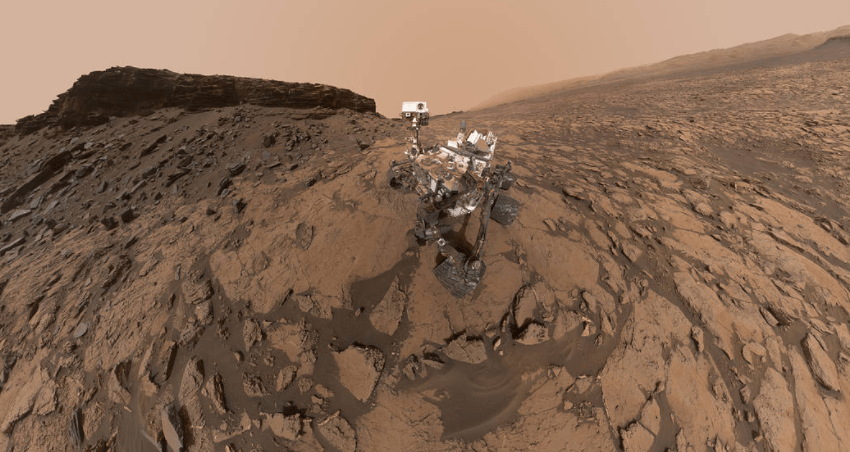 In August 2012, NASA’s Curiosity rover landed on the Martian surface to explore geologic and climate conditions, as well as determine whether Mars has possible featured conditions for microbial life. The mission was to last two years, but it was extended indefinitely. During its mission Curiosity has relayed some incredible high-quality images of the Martian surface. NASA is planning to launch a mission in 2020 similar to Curiosity called Mars 2020.

Next, read about NASA’s plan to make Mars habitable. Then see one astronaut’s stunning photos of Earth.