Listen To What A Seismic Quake On Mars Sounds Like

NASA's InSight lander has picked up seismic activity on Mars for the first time ever, recording more than 20 "marsquakes" since April. 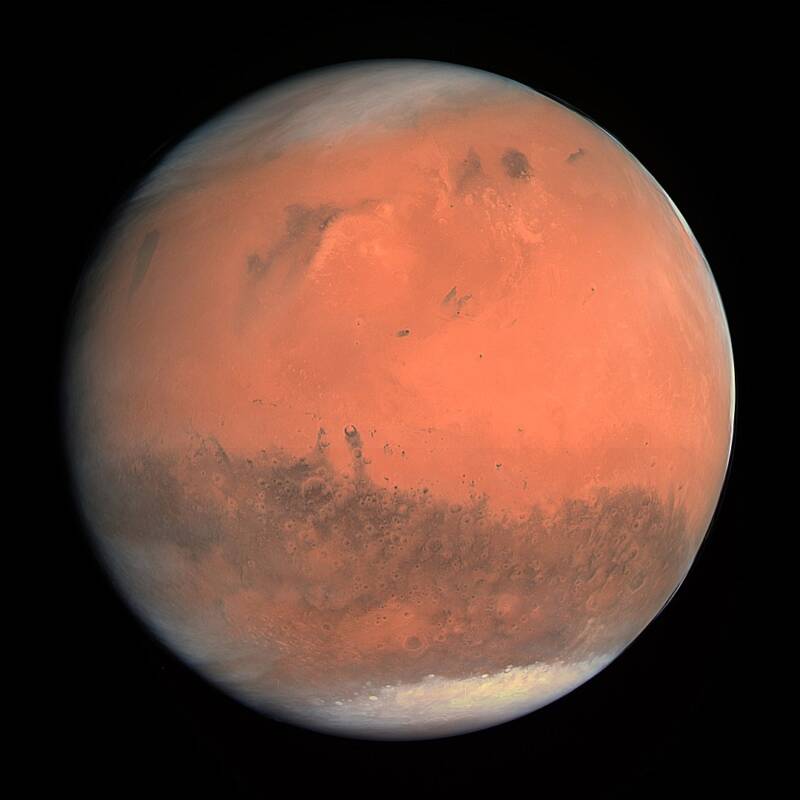 Wikimedia CommonsAudio recordings of seismic activity on Mars — known as marsquakes — were just released by NASA.

Earthlings can now listen to the sound of seismic activity on another planet for the first time.

This week, NASA released two audio recordings of the ground rumbling on Mars — known as a marsquake — that were recorded by a seismometer attached to NASA’s InSight lander, which touched down on the red planet last November.

“It’s been exciting, especially in the beginning, hearing the first vibrations from the lander,” Constantinos Charalambous at the Imperial College London, who helped provide the audio recordings, told the Associated Press.

It successfully picked up the first marsquake on April 6 and then another one in July. The data picked up by the seismometer was then analyzed by the InSight mission’s Marsquake Service, led by the Swiss research university ETH Zurich.

So far, it’s detected about 20 of these marsquakes, which have come in two types: one at a relatively high frequency and the other at a lower one. The audio released this week is from two of these lower-frequency marsquakes.

The amplitudes of these marsquakes are extremely low relative to seismic activity on Earth, making them too quiet to be heard by the human ear. To produce the released audio recordings, the marsquakes were sped up and amplified to make the red planet’s rumblings audible.

As reported by Yahoo News, the seismometer is an “exquisitely sensitive” detector. So sensitive, in fact, that it also picked up the faint sound of wind blowing on Mars.

That sensitivity is essential since seismic data is crucial for learning about the interior of a planet or a seismically active moon, such as our own.

Similar to the way light is refracted by different materials — like a prism, a body of water, or an atmosphere — seismic waves behave differently as they pass through different layers of the interior of a planet or moon, which can be seen in the seismic data produced by a quake.

Comparing vibrations between an earthquake, moonquake, and marsquake.

In a video published by ETH Zurich, members of the Marsquake Service demonstrated the difference in vibrations between an earthquake, a moonquake, and a marsquake.

An earthquake, for example, can go on for several seconds and typically has a clear onset. A moonquake, on the other hand, can differ drastically.

“The signal is very different. We have a much smaller attenuation of the seismic waves,” seismologist Maren Boese said of moonquake vibrations. “At the same time, we have a very strong scattering, which means that the shaking will go on for tens of minutes, or maybe up to an hour.”

By comparison, marsquakes fall somewhere in between an earthquake and a moonquake — and scientists were able to feel one for themselves, using InSight’s data to recreate Mars’ vibrations inside a simulator room in Switzerland. 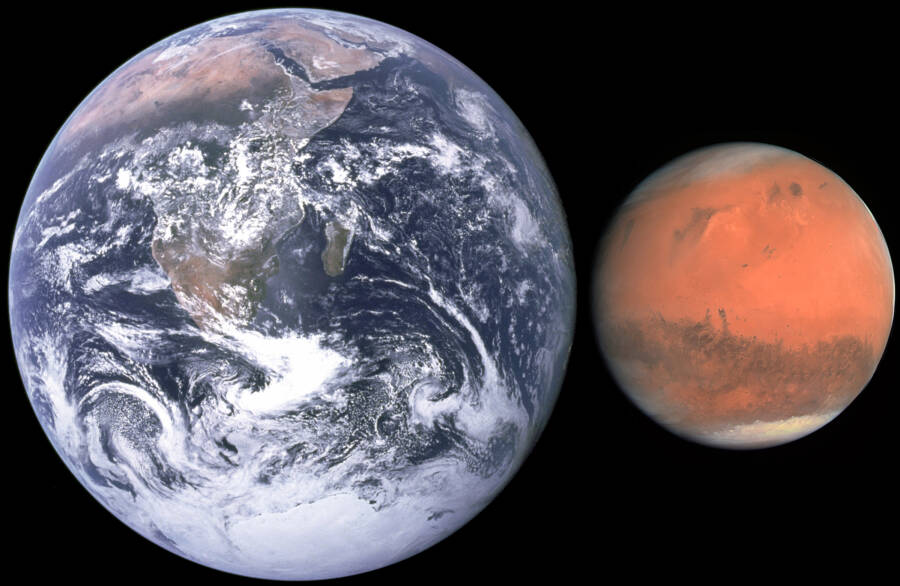 Wikimedia CommonsQuake shakes on earth differ greatly from those on the red planet.

“Mars isn’t as simple as we might have hoped,” said Marsquake Service Head John Clinton. “The ground motion is not like we see on earth… It is a big jigsaw puzzle at this stage, and we have a long way to go before we understand it.”

Next, watch as a star the size of our sun gets ripped apart by a supermassive black hole and take a look at these unbelievable space colonies imagined by NASA in the 1970s.