Man Who Married His Ex-Teacher After She Served 7 Years for Raping Him, Requests Split

After nearly 12 years of marriage and two children, Vili Fualaau has filed to separate from his wife, rapist, and 6th grade teacher, Mary Kay Letourneau. 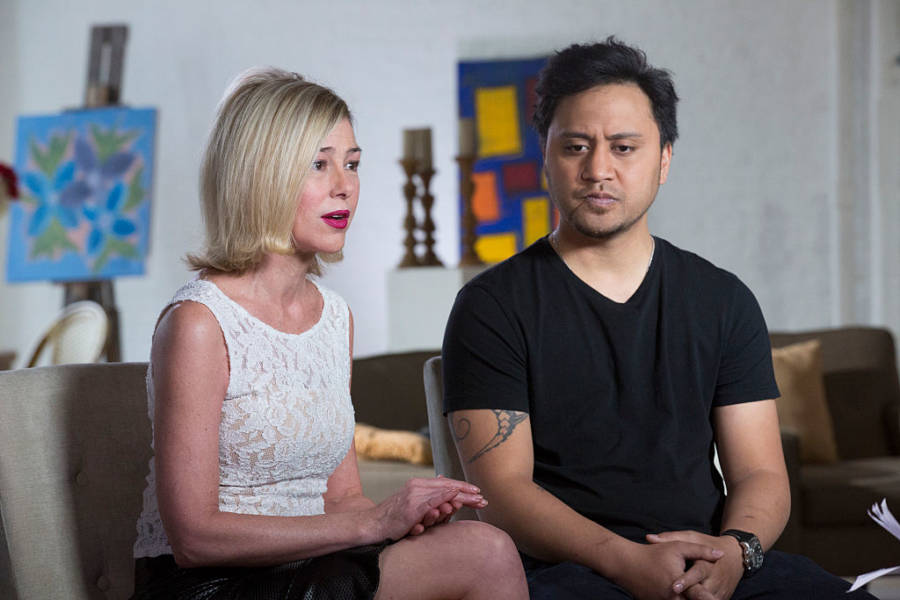 Heidi Gutman/ABC via Getty ImagesMary Kay Letourneau Fualaau and husband Vili Fualaau, on the eve of their 10th anniversary in 2015.

The story of Mary Kay Letourneau and Vili Fualaau shocked the country in 1996.

Letourneau — a sixth grade teacher and married mother of four — was having an affair with Fualaau, her 13-year-old student. And she was pregnant.

The then-34-year-old would serve three months before being released on parole. But two weeks after being let out, she was caught having sex with Vili in a car.

She was arrested again and pregnant with their second child.

After serving seven more years for second-degree child rape, Letourneau was released in 2005. A few months later, she and the now-legal Vili were married.

21 years later, the more shocking part of their story might have been the fact that the two were still together.

But this May — the same month they would have celebrated their 12-year wedding anniversary — Vili filed for separation.

“They’ve been having issues for a while now,” an anonymous source told People. “They tried to work through them, but it didn’t work. They’re still committed to being good parents to their children.”

Though the couple have cited media coverage as twisting their story into something it isn’t and making it difficult for them to move on with their lives, they certainly took advantage of the perks.

They coauthored a book titled, “Only One Crime, Love,” in 1999 and reportedly received hundreds of thousands of dollars for the TV rights to their 2005 wedding.

In 2009, they co-hosted a nightclub event called “Hot for Teacher” in Seattle. Vili DJ’ed.

Though both Mary Kay and Vili have maintained that their love is real through the years, Vili did clarify that he would be upset if one of his own daughters was having a sexual relationship with a teacher.

He also warned his daughters about dating anyone in high school.

“The reason for me telling them that was just from, out of experience,” he said. “A relationship could lead to something that you think you wanted back then. You don’t really want it, maybe, years later.”

Next, learn how this Florida 11-year-old was forced to marry her rapist. Then, check out these photos of Norma Jeane Mortenson before she became Marilyn Monroe.