From archaic toilet paper to moats made of feces, using the bathroom in the Middle Ages was no picnic.

For those familiar with an outhouse, the medieval toilet is its massive stone-built predecessor. Relegated to the private alcoves of a fort, medieval toilets were nothing but openings that led into a latrine or castle moat below.

Designed mainly with function in mind, the medieval toilet was otherwise known as a garderobe or privy chamber and was often located on several floors of most castles and no bigger than the restroom of a modern-day coffee shop. 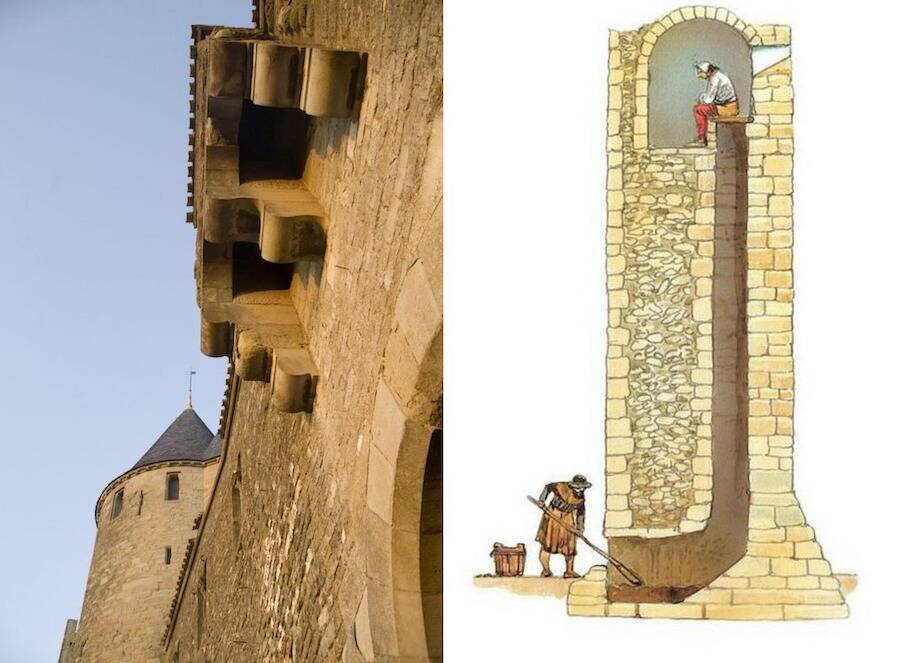 The medieval toilet was a product of its time, before the advent of indoor plumbing refined the bathroom experience. How it came to be and meet its end, however, is worth a gander.

The History Of The Medieval Toilet

Despite the name, the Middle Ages were no mere intermediary between eras. This long and strenuous period in European history began with the fall of the Roman Empire in 467 A.D. and charged through the 14th-century Renaissance.

With the fall of the Roman Empire, Europe largely became feudal. Disbanded nations and a general scarcity of resources saw wealthy lords take power and war with one another from the lofty castles they built for themselves.

Most average people were just lucky to eat and survive, but this time saw some luxuries were created as well, including the medieval toilet. 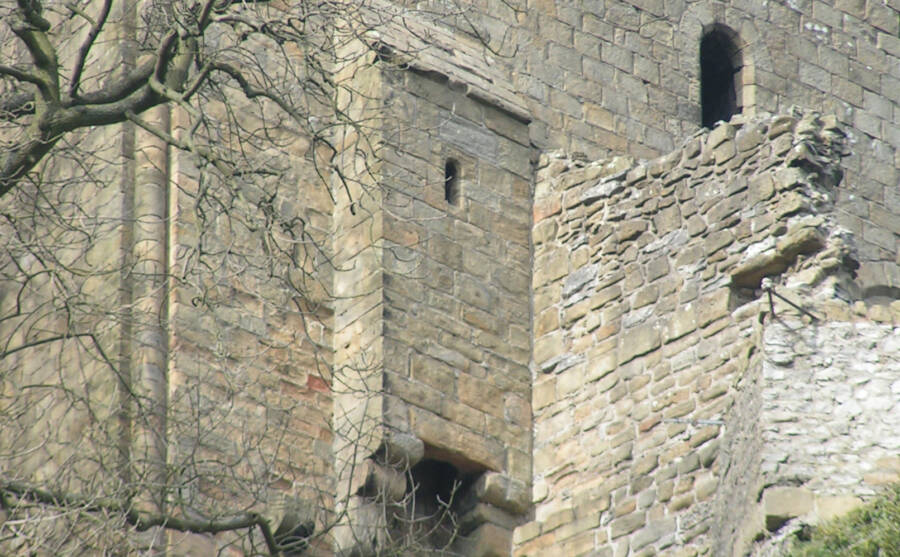 Wikimedia CommonsAn exterior view of the privy, or “garderobe,” at Peveril Castle in Derbyshire, England.

Building castles was a lofty endeavor and could take up to 10 years, not to mention constructing them was rather expensive. At the tail-end of the Middle Ages, King Edward I nearly bankrupted the crown’s treasuries by using 100,000 pounds on his Welsh fortifications, with toilets being a major design priority.

There were a couple of different designs for these commodes. The waste shafts of some medieval toilets ran down the exterior of a fort into moats or rivers, while others were designed with internal castle channels that funneled waste into a courtyard or cesspit.

Other privy chambers, meanwhile, protruded out from the castle wall. Openings hung above open-air, allowing gravity to do the rest. Usually, a wooden bench separated the stone-carved hole from a user’s rear.

Building toilets within the palace walls, however, wasn’t just for convenience. Indeed, they also served as a hindrance to potential enemies.

By building toilets with shafts that emptied into courtyards or cesspits around the palace, invaders could be kept relatively at bay.

However, these shafts had to be built high enough off the ground that enemies couldn’t sneak in through the hole in the privy chamber. This is exactly what happened in 1203, when King Richard I’s French palace, Château Gaillard, was sieged. 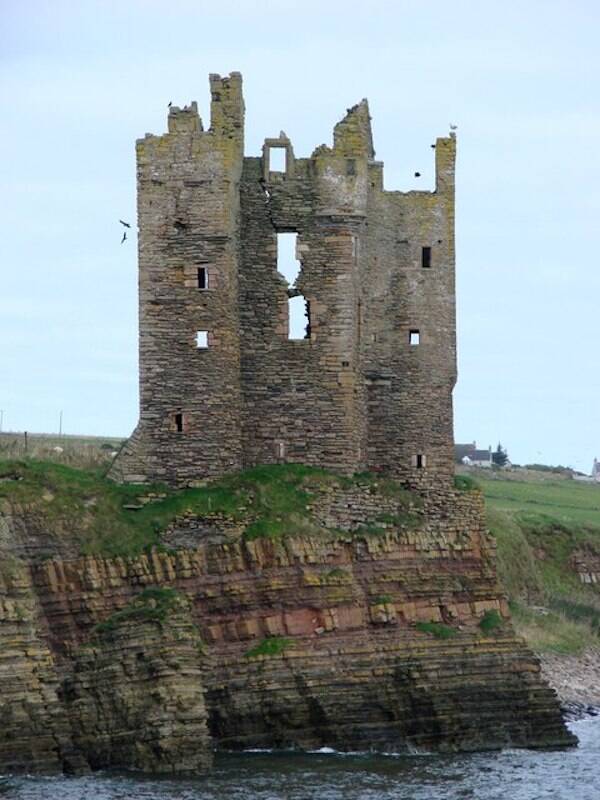 Wikimedia CommonsKeiss Castle in Scotland was resourcefully built atop a cliff, allowing for waste to fall directly into the ocean.

Ideally, of course, waste would simply fall into a river where no one had to deal with it, and so some castle toilets were built jutting out over a steep cliff.

Without that luxury, there had to be someone tending to the excrement, removing it, or making sure it was properly mixed with the surrounding moat. In Tudor England, this job was known as a gong farmer, and these unfortunate souls had to work only at night so others couldn’t be put off by their grisly job.

Though they were forced to live in isolated homes, they reportedly received decent pay per ton of excrement that they removed.

Why Garderobes Met Their End 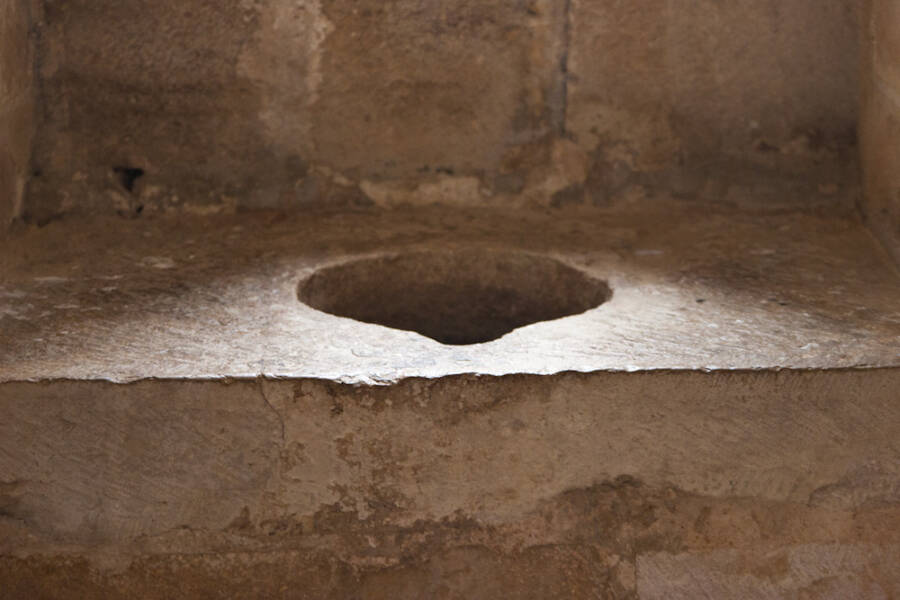 Flickr/IsabelA medieval toilet, or garderobe, was merely a hole that directed the user’s discharge into the moat below.

The largest downside to the medieval toilet was the fact that there was almost no practical way to avoid the stench. It was unfortunately not always the case that medieval toilets were situated in privy chambers containing a window, in which case aromatization through herbs was relied on.

Some garderobes were also made without privacy, with no doors or dividers.

Additionally, washing a medieval toilet was burdensome. Those unfortunate enough to be tasked with the duty threw buckets of water down the toilet shaft or rerouted rain from the gutters.

As for the waste being collected down below, local farmers would often amass this human fecal matter as fertilizer.

Meanwhile, medieval toilet paper consisted of a bunch of hay. This was rarely an issue when it came to clogging or cleanliness, though 12th-century monk Jocelin de Brakelond recounted that this once nearly caused a fire.

While it would take until the advent of indoor plumbing in the mid-1800s to standardize the marvelous innovation of toilets, the medieval toilet was certainly an ingenious — and necessary — step toward that historic invention.

After learning about the medieval toilet, read about 10 medieval execution methods that define cruel and unusual. Then, learn about 15 weird medieval foods that people actually ate.