“He seemed happy about what he had done," said a top Mexican prosecutor after hearing the man's confession. 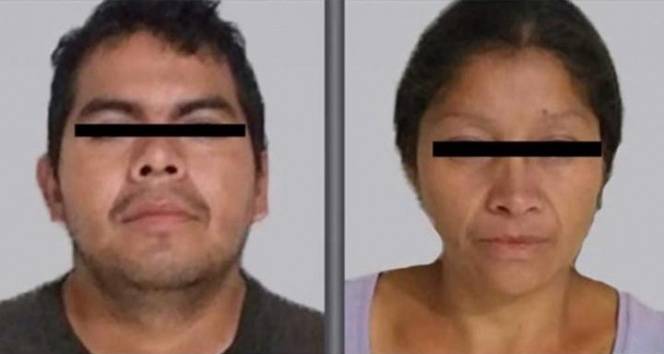 FGJEMJuan Carlos N. and Patricia N. of Mexico City who are accused of murdering up to 20 victims.

A couple in Mexico City was caught walking around with a baby stroller containing severed human remains — and they may be responsible for murdering as many as 20 women.

The man, Juan Carlos N., reportedly confessed to the murders in Ecatepec, a suburb of Mexico City upon his arrest alongside his girlfriend, identified as Patricia N.

Alejandro Gomez, the chief prosecutor for Mexico State, said that the man was also able to give the names and distinct details of 10 of those 20 victims he claims to have slain.

Gomez said that man appeared to be proud of the crimes he had committed. “What seemed macabre to me is that this person mentioned 10 cases in which he gives details, the names of the victims; he gave us the clothing they had on at the time,” Gomez said. “He seemed happy about what he had done.”

Investigators found additional severed human remains both in the couple’s apartment and at another property. The parts were reportedly kept in buckets filled with cement and in refrigerators wrapped in plastic. Some of the body parts were in such bad condition that they will require forensic tests to be identified.

Prosecutors say that the couple sold off the various human parts as well.

Police first began surveilling the couple after phone records revealed that they had made phone contact with three reported missing women from the suburb. When the couple was caught, they admitted that they were carrying human remains to a nearby lot where they intended to dump them. 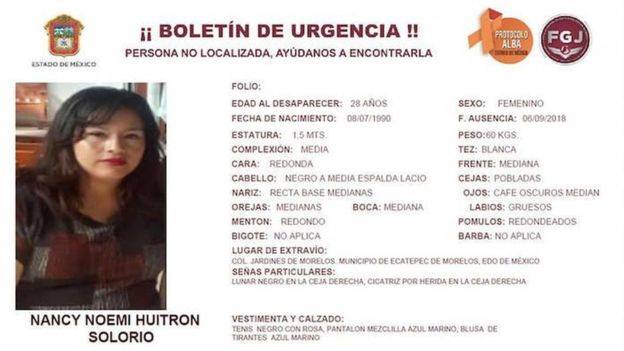 EDOMEX Prosecutor’s OfficeOne of the victims who fell prey to the couple, Nancy Huitron, who disappeared along with her baby Valentina on Sept. 6.

The couple further confessed to sexually assaulting the victims before killing them — most of whom were single mothers — as well as selling the 2-month-old baby of one of the victims off to another couple.

Patricia is thought to have helped Juan Carlos to lure the women in but is also believed to have played a more submissive role in the grand scheme of the bloody operation. 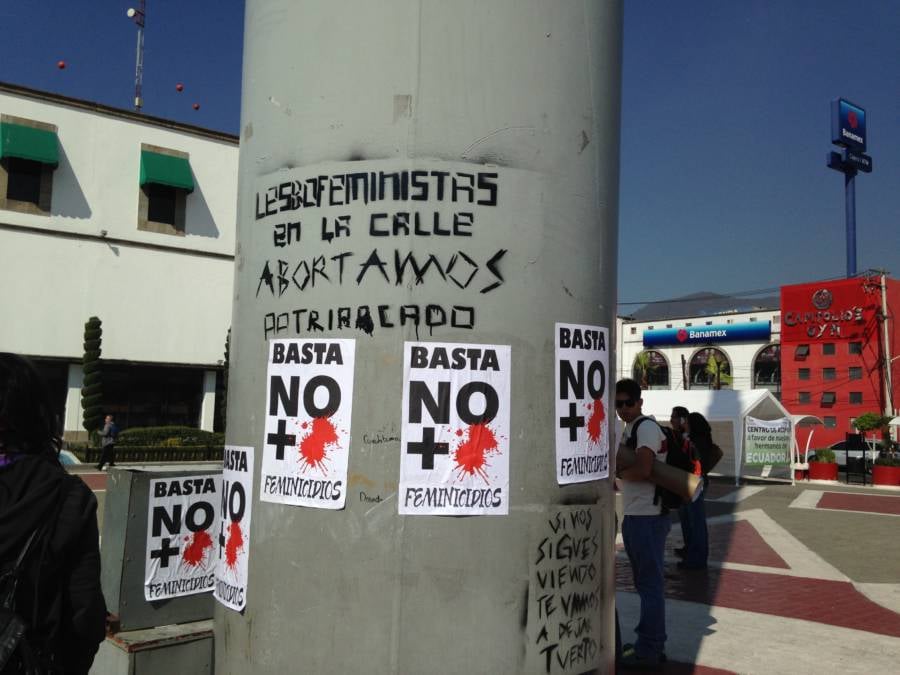 Femicides, or the murder of women commonly by men, are widespread across Mexico. Mexico State, in particular, has the highest number of disappeared women in the country. between January and April of 2018, 207 of the 395 reported missing persons in the state were women.

UN statistics show that an average of seven women are murdered daily in Mexico. “Violence against women isn’t an epidemic, it’s a pandemic in Mexico,” said Ana Guezmez of the United Nations on behalf of Mexico.

Femicides are identified separately from homicides in Mexican law and there is specific legislation for the crime in terms of prosecution. However, pushing the law to an effective standard is difficult due to lack of enforcement.

It is therefore common for femicide cases to go unpunished, especially in Mexico State where violence is so rampant. However, this latest case has caused so much outrage in the local community that it is likely the alleged killer will see his day in court — and hopefully fuel future convictions.

Next, read more about Mexico’s missing persons pandemic. Then, check out this list of the 11 most awful American serial killers.