Scientists Can Now “Turn On” The Killer Instincts Of Mice

Is it "The Walking Dead" but with mice? Kinda. 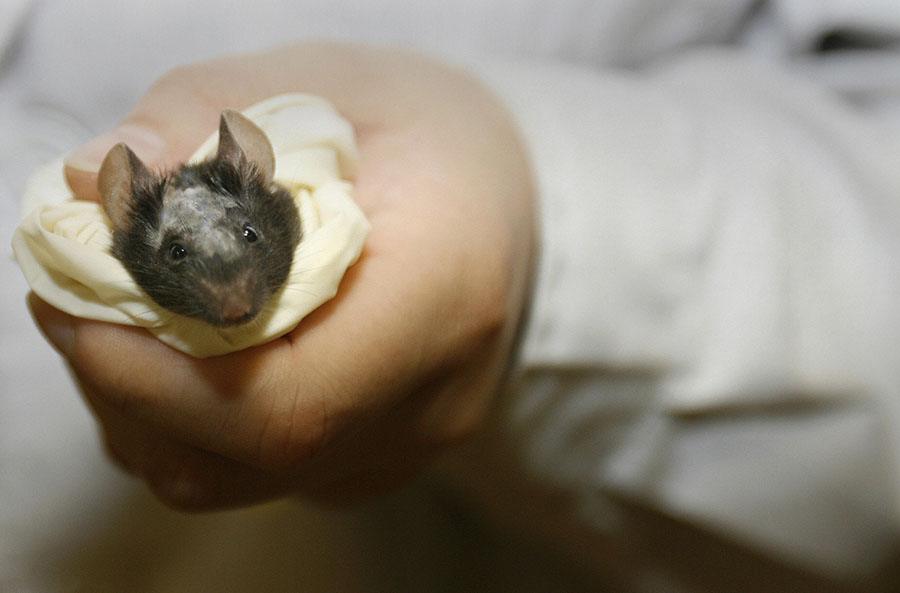 At some point in time we have all encountered people who seem to become violent or ill-tempered at the flip of a switch. Now, scientists have developed the technology to force that behavior onto mice — using not switches, but lasers.

Yale University researchers have recently isolated the part of the mouse’s brain that coordinates predatory hunting, according to a study published in the January 12 issue of Cell. This part of the brain contains the amygdala — one of the brain’s chief decision-making and emotional centers — which may cue the mouse to pursue its prey and kill it.

Using a technology called optogenetics, researchers altered the mice’s neurons in this section of their brains to make it such that light stimulation would cause the neurons to “fire” and incite action. Thus, when scientists turned on the laser, the mice began to bite anything in their path, according to Phys. When scientists turned the laser off, the mice went back to normal.

“We’d turn the laser on and they’d jump on an object, hold it with their paws and intensively bite it as if they were trying to capture and kill it,” lead researcher Ivan de Araujo, Associate Professor of Psychiatry at the Yale University School of Medicine and an Associate Fellow at the John B. Pierce Laboratory, told Phys.

Of course, Yale researchers did not conduct the experiment because they have a god complex, or because they wanted to see mice turn into furry “Walking Dead” extras. Rather, they did so to better understand the neural mechanisms involved in animal feeding behaviors.

“They have nothing else to do other than eat the pellets we throw in the cage,” de Araujo told Phys. “I began to wonder how natural and relevant this behavior is.”

Thus, the researchers started to map brain areas associated with hunting and feeding, and paid particular attention to the amygdala, as their projections showed that it was almost exclusively linked to hunting.

Zooming in even more into the amygdala by manipulating the neurons found there, Yale researchers were able to gain a more precise understanding of which clusters of neurons are responsible for pursuing prey, and which neurons inhibit killing its prey.

They likewise found that if they lesioned these neural clusters before turning the laser on — say, slightly scarring the cluster responsible for killing prey — the mouse would pursue prey but not be able to kill it, and vice versa.

If you’re worried that these experiments may lead to a caged bloodbath, fear not. According to de Araujo, the mice did not attack each other once researchers turned the laser on. What’s more, he added, the degree of aggression seemed to correspond with the mouse’s hunger.

“The system is not just generalized aggression,” de Araujo said. “It seems to be related to the animal’s interest in obtaining food.”

Next up for the researchers is figuring out what sensory input the amygdala has to receive before it incites predatory behaviors, and how it coordinates the pursuit and kill modules.