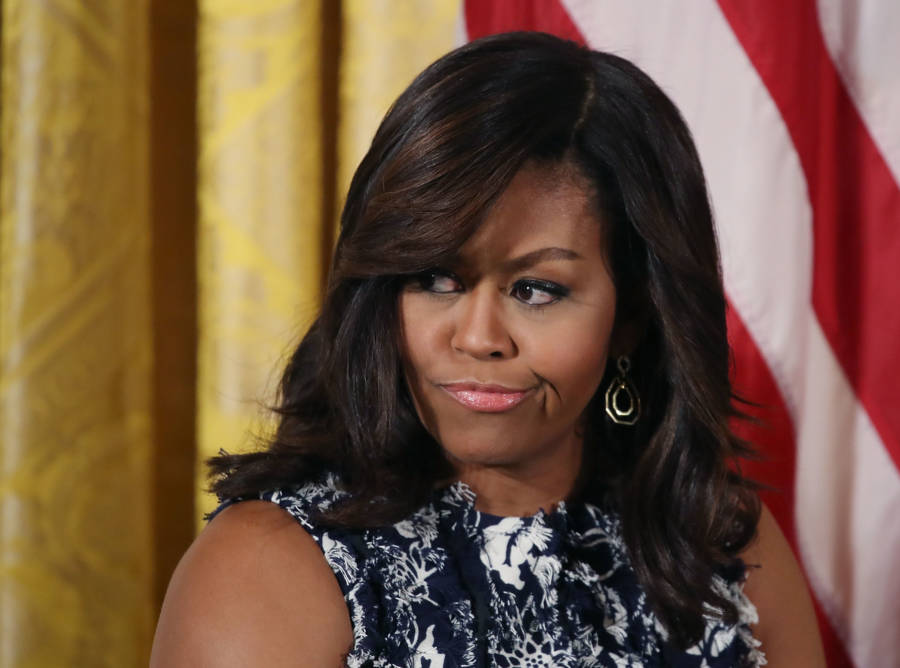 Pamela Ramsey Taylor, the woman notoriously suspended from her job as the director of a government-affiliated nonprofit for referring to first lady Michelle Obama as an “ape in heels” last month, will soon return to her position in Clay, West Virginia.

CDCC suspended her at the time, but according to a new letter uncovered by the Charleston Gazette-Mail, she’ll be fully reinstated on December 23.

Although the post has since been deleted, screenshots of Taylor’s post were quickly saved by outraged county citizens who started a petition asking for her resignation from the CDCC, the second-largest employer in the county.

“It will be refreshing to have a classy, beautiful, dignified First Lady in the White House. I’m tired of seeing an ape in heels.”

When Beverly Whaling, then the mayor of Clay, commented on Taylor’s post, saying “Just made my day Pam,” the outrage only multiplied. Soon, petitioners began calling for Whaling’s resignation, which she offered and the town council accepted in mid-November.

Whaling later apologized after the intense public backlash, saying in a statement to The Washington Post:

“My comment was not intended to be racist at all. I was referring to my day being made for change in the White House! I am truly sorry for any hard feeling this may have caused! Those who know me know that I’m not of any way racist! Again, I would like to apologize for this getting out of hand!”

And now, several weeks after the incident, Taylor will head back to work, presumably at a salary of about $83,000, her salary in 2014, according to CDCC’s tax return.

Nevertheless, this was the third time that the CCDC had removed Taylor from her job. A judge reinstated her after she sued when CDCC restructured their board in 1999, making her redundant, and in 2002, CDCC hired her back a few months after firing her for embezzling fundraising money.

Now, despite yet another transgression, Taylor will soon be back in the CDCC fold.

Next, read why John McCain has contradicted Trump and said that Russia definitely influenced the U.S. presidential election, before having a look at the more than 200 incidents of harassment that occurred in the week following Trump’s victory.