Where tattoos are the result of bringing art to the physical body, former tattoo artist Mike Dargas’ current project exists in a separate, yet similar space: transposing the physical body to art. 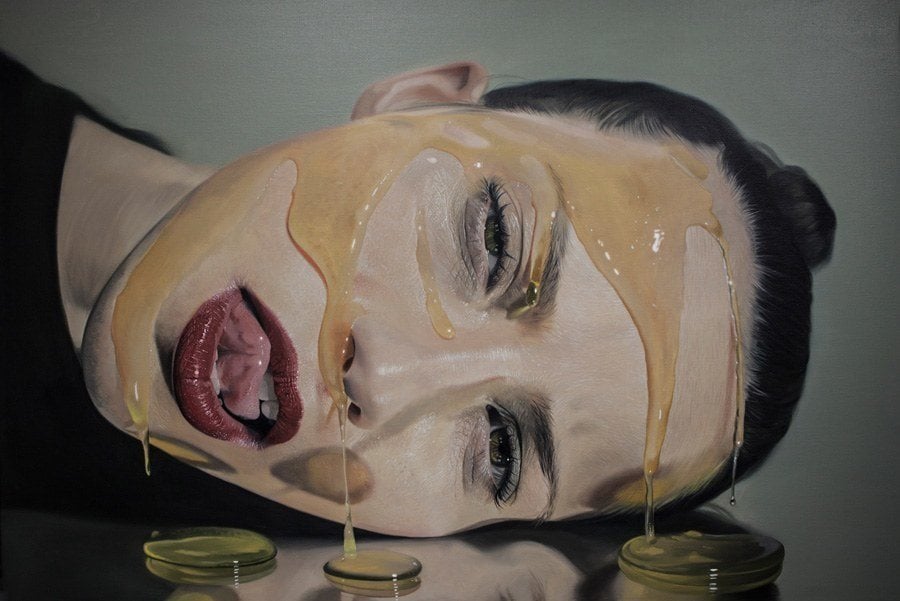 The Cologne, Germany-based Dargas swapped ink for oil paint a few years ago when looking for what he considered to be more challenging work. Citing Salvador Dalí, Michelangelo and H.R. Geiger as influences, Dargas today creates larger-than-life hyperrealistic portraits of men and women in the midst of myriad emotions.

While his choice in style is new, Dargas’ interest in the medium is not. Dargas began painting at the tender age of just three. After kindergarten, he moved on to oil colors and had sold his first painting by the time he was eight. In other words, painting had always been in his blood, but for many years it was the tattooing that paid the bills. 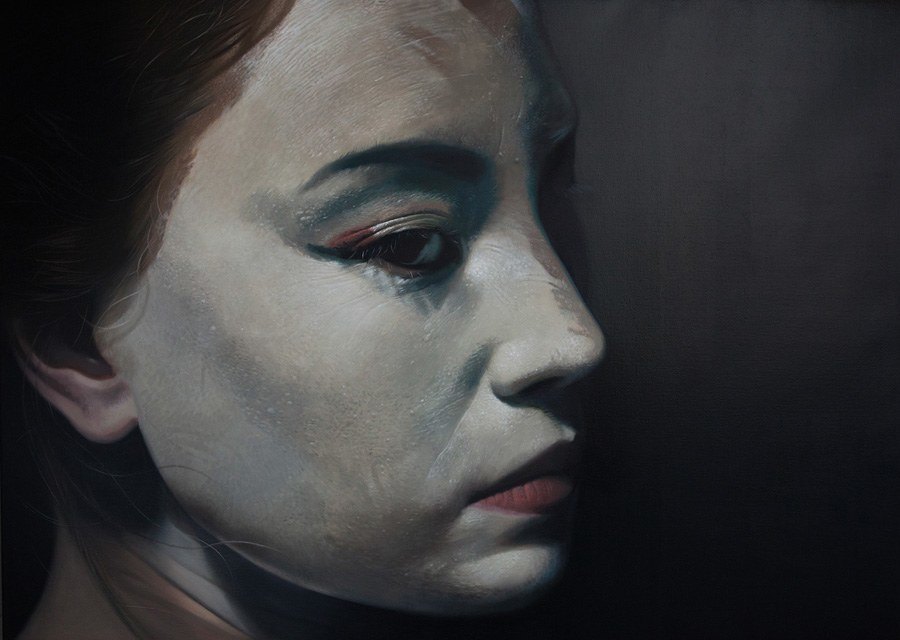 Source: Mike Dargas
The Struggle Within, 2014

With that said, Dargas never attended an art school of any kind; his larger-than-life surroundings inspired his art (and might also help explain his current endeavors). Said Dargas, “My hometown Cologne is well-known for the Dome, an ancient cathedral that lies in the heart of the City. It’s a touristic area and artists have been presenting their skills in front of the cathedral for decades already. One day, I must have been 10, I packed my drawing equipment, went to the cathedral and started to draw pieces of the Old Masters with crayons. I was a shy guy at the time but it was an inner wish to paint among all the other artists.” 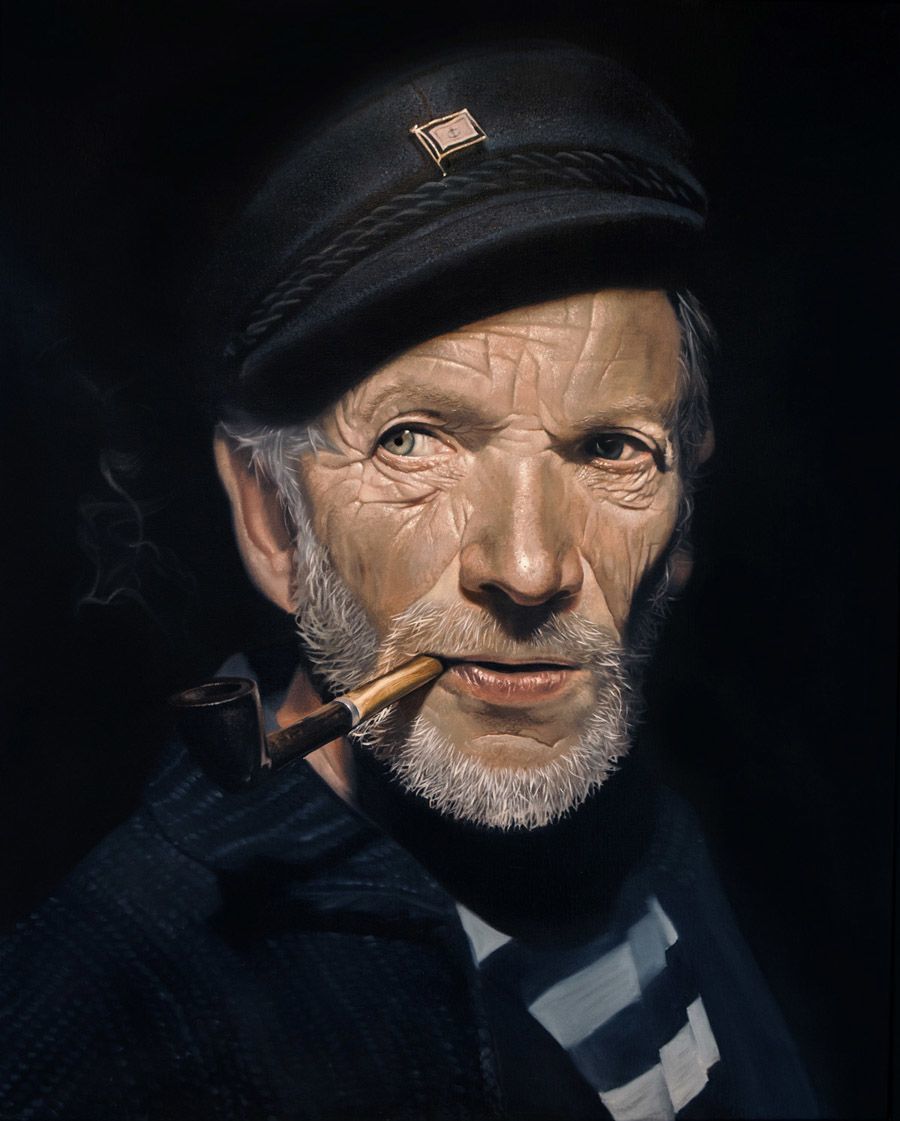 When speaking of his current work, Dargas says “Today, I paint large realistic portraits in oil. I love to work on light reflections and color grading and use photographic characteristics to underline the realistic effect.” 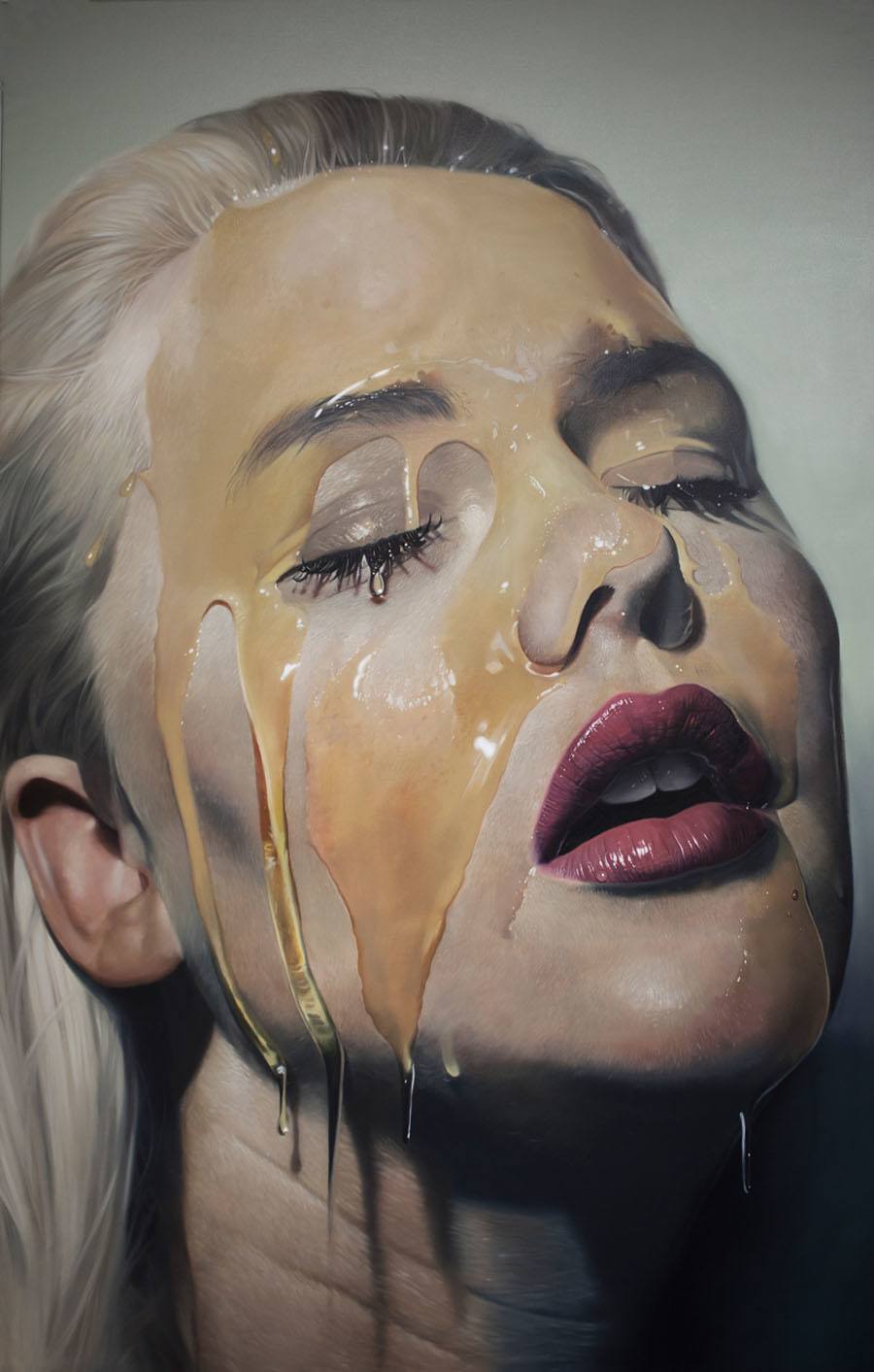 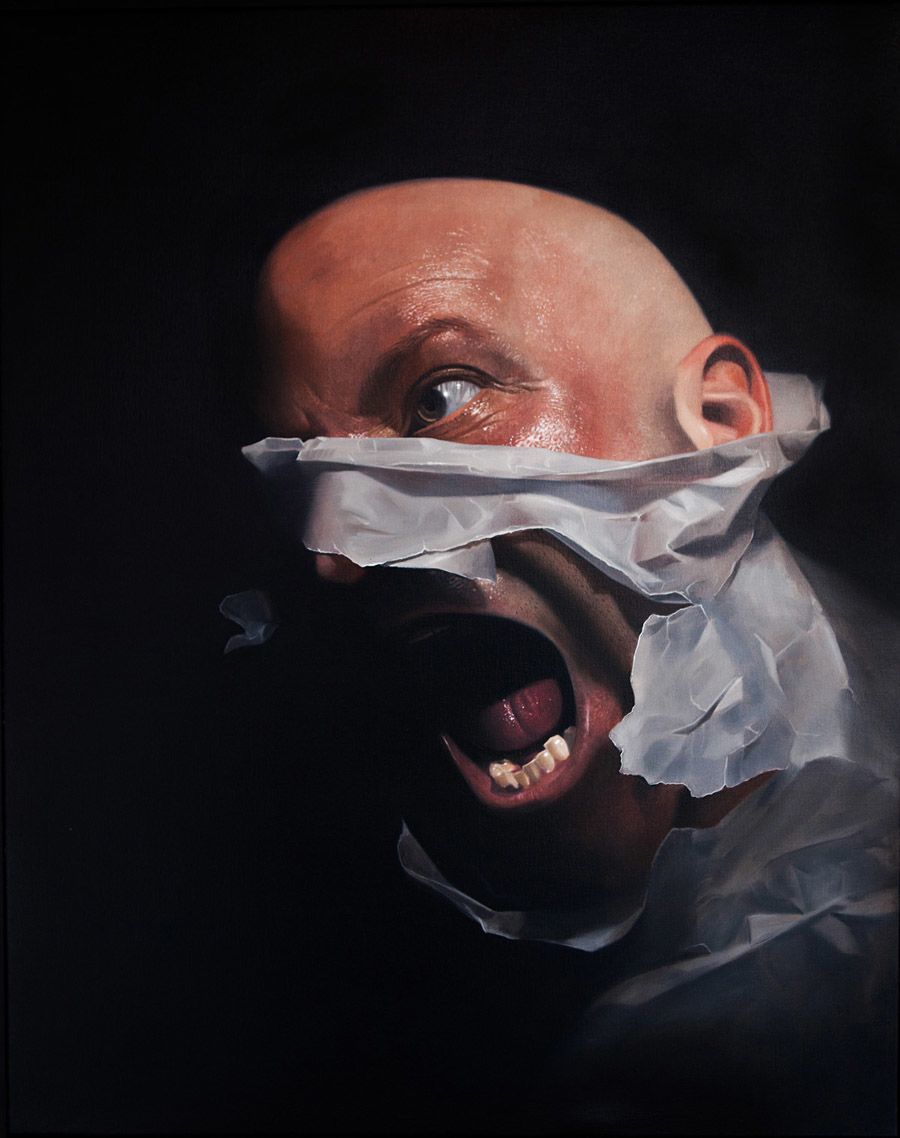 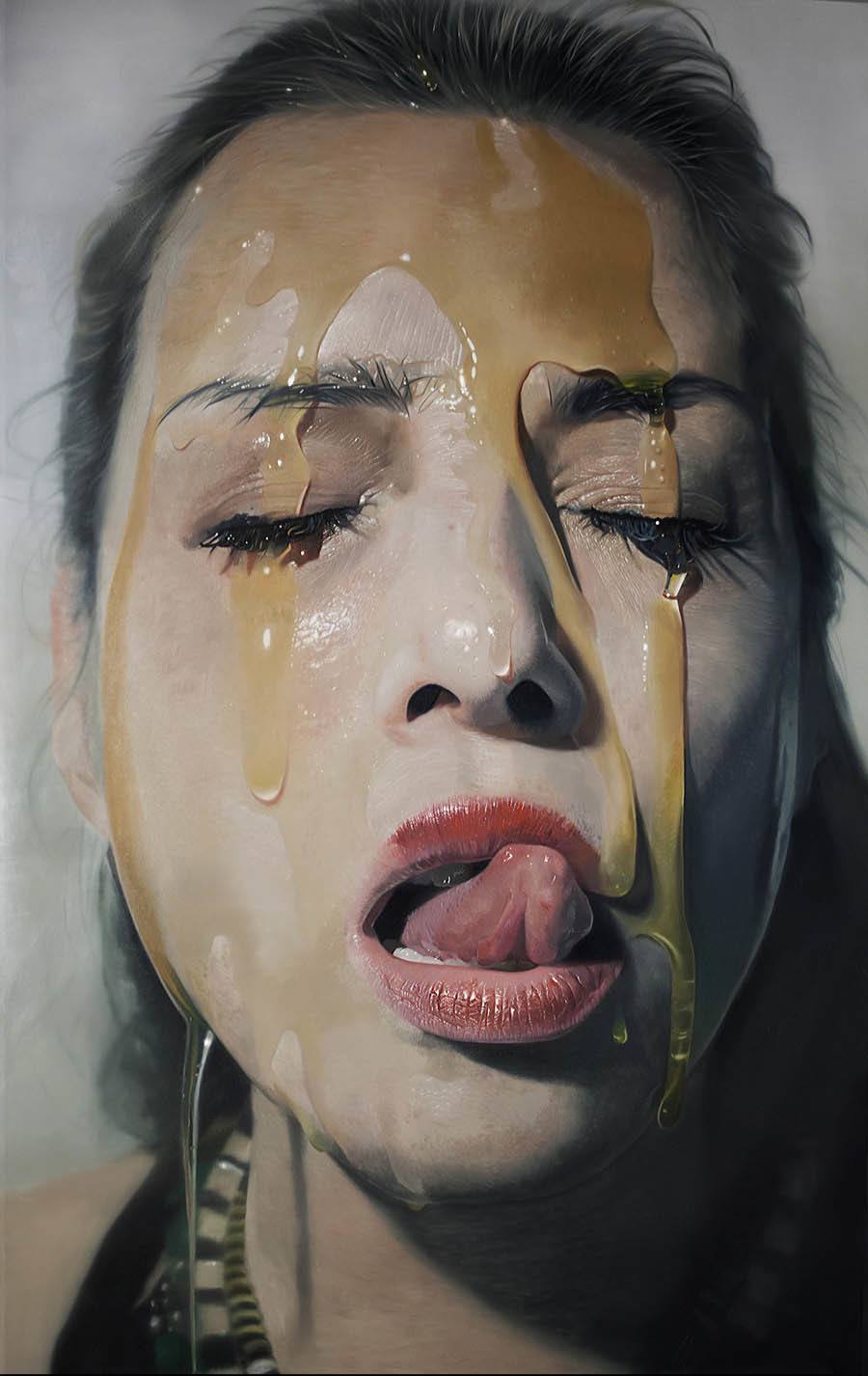 The honey and chocolate add a dimension of sensuality to Dargas’ work, and an apt juxtaposition to the edginess of the male models. 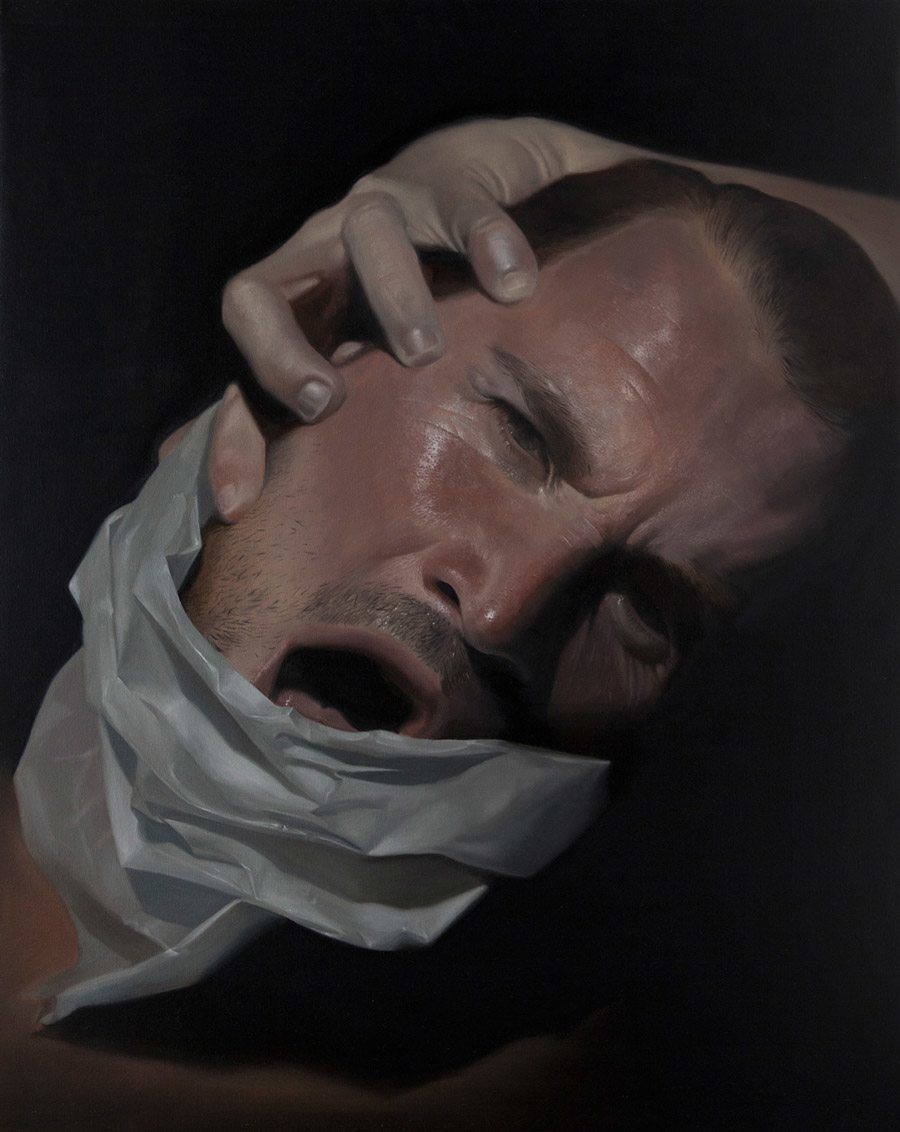 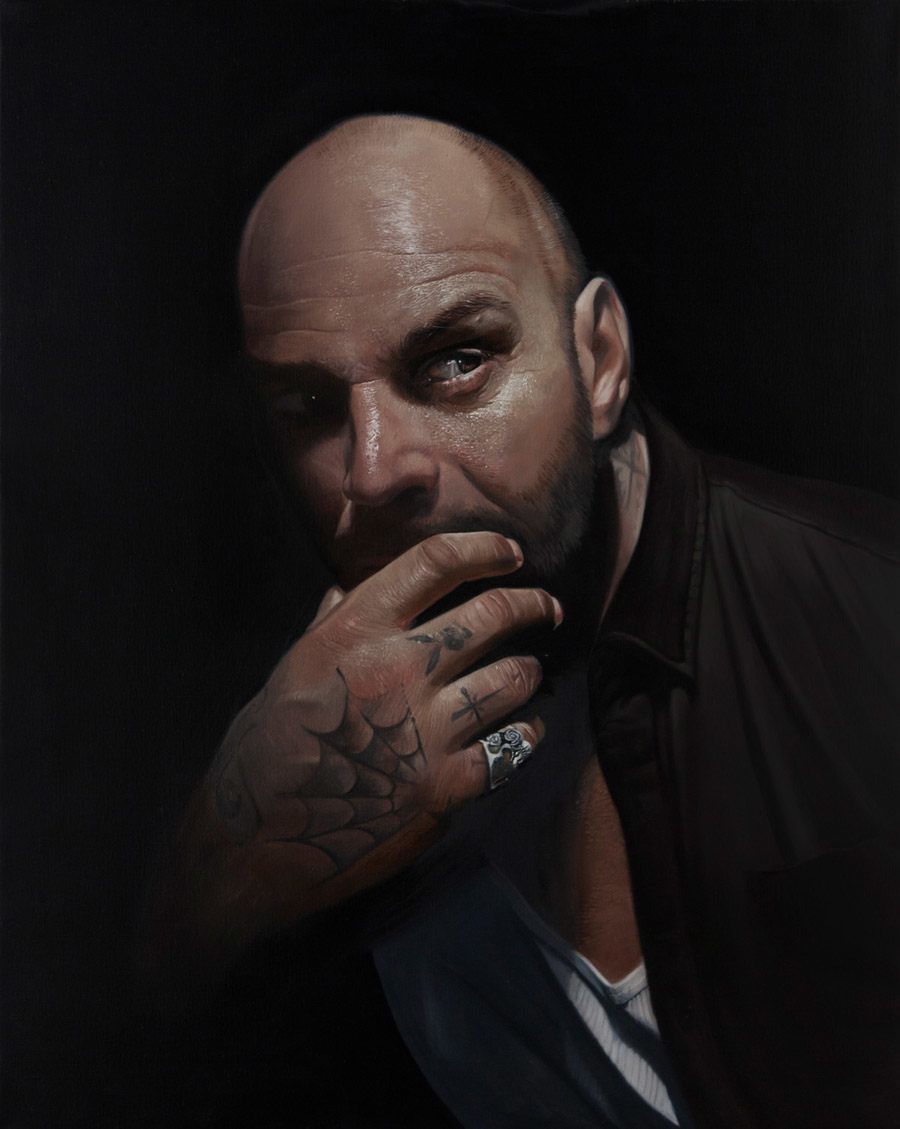 In many ways, the models represent a doorway to the soul itself. Working on large canvases in his studio in Cologne, Germany Dargas’ brush captures images of deep eroticism, longing, contemplation, determination and anger. 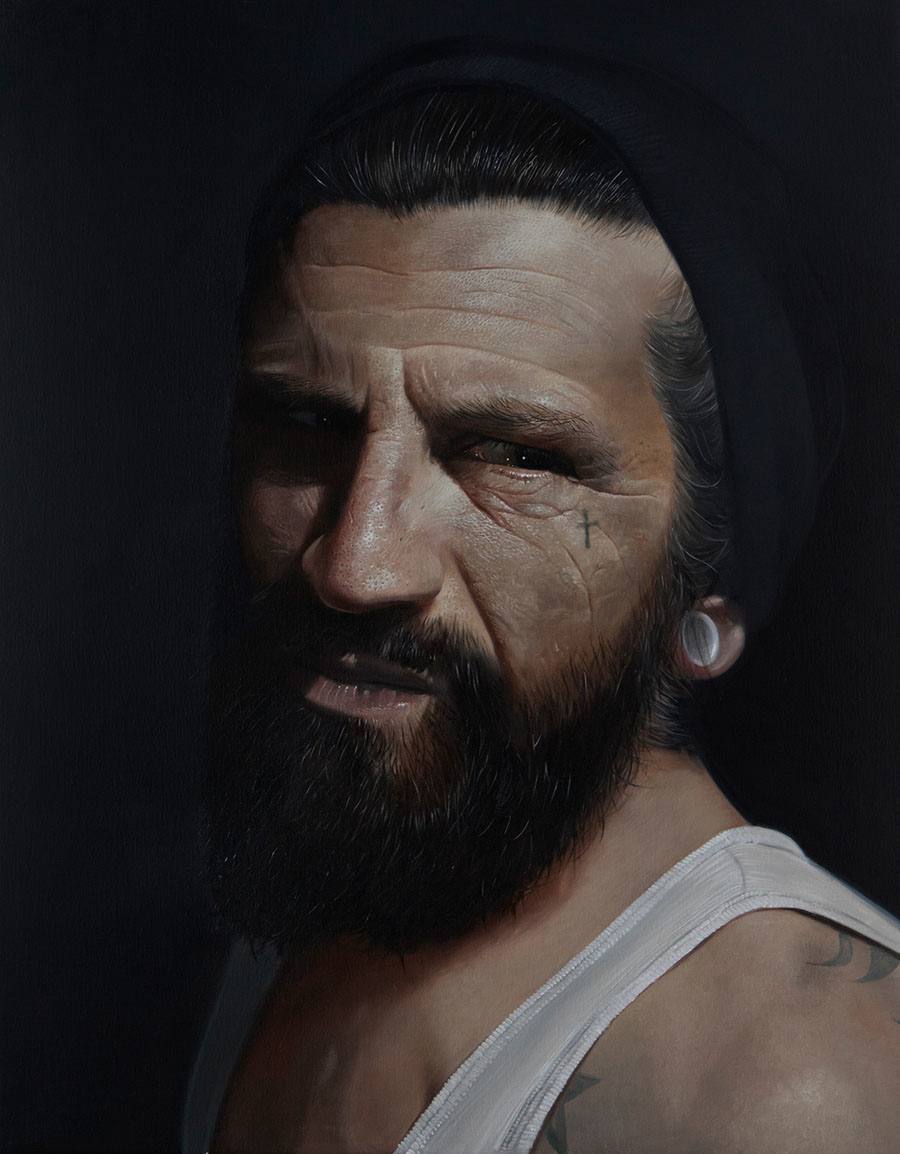 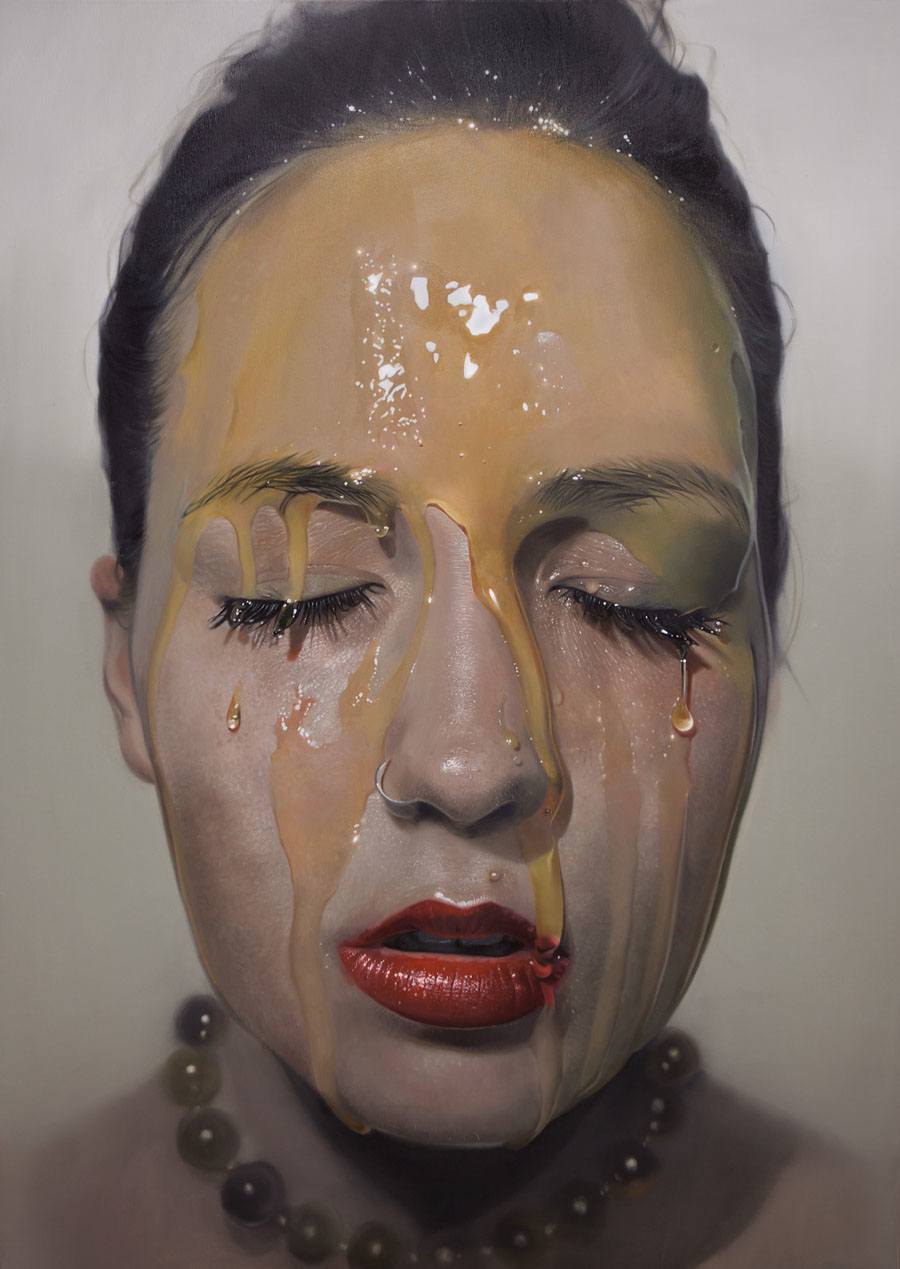 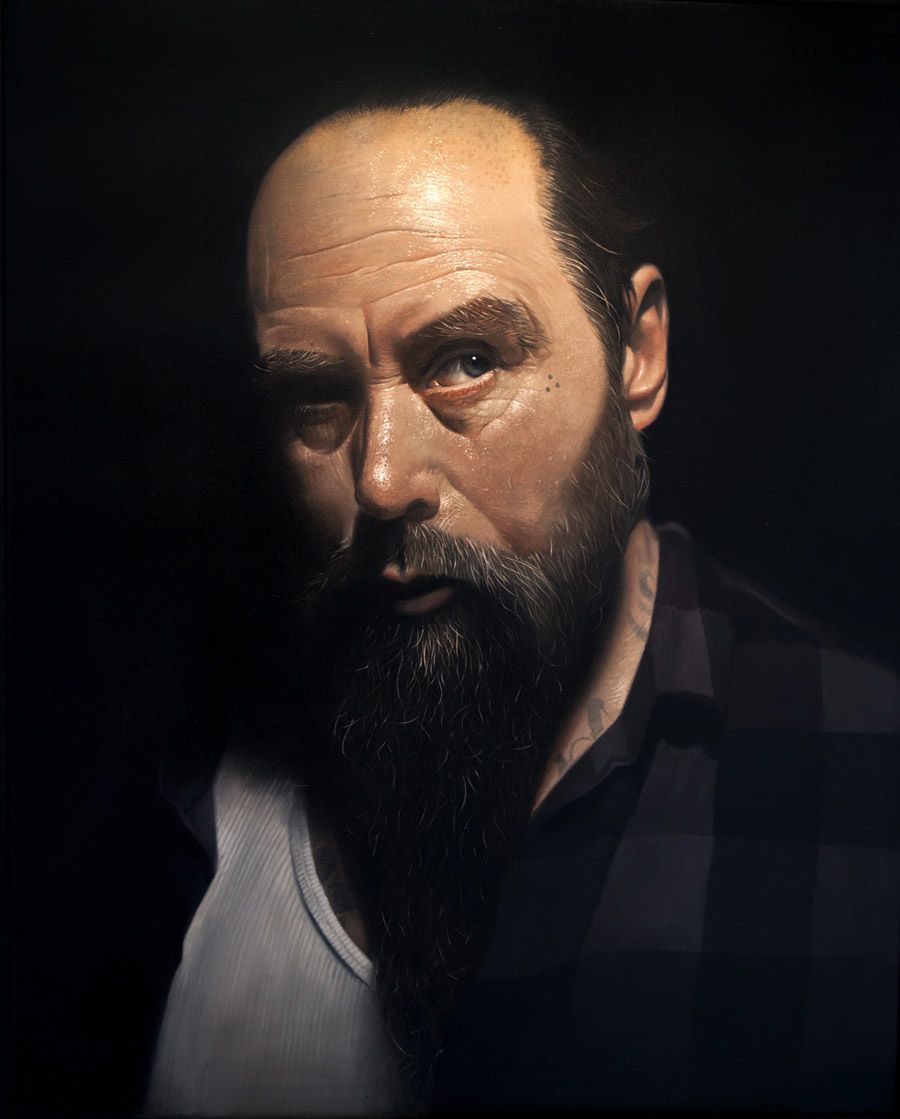 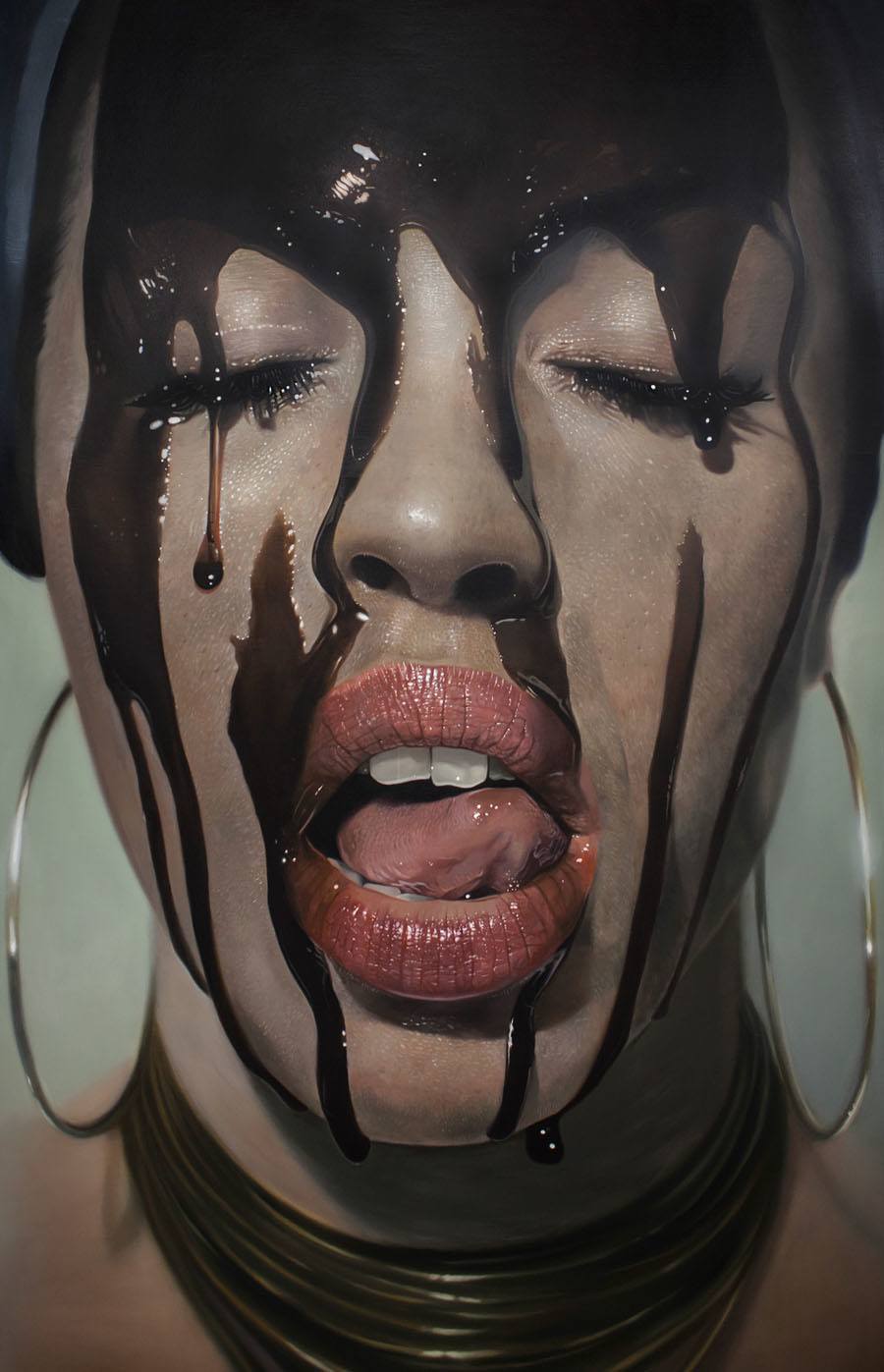