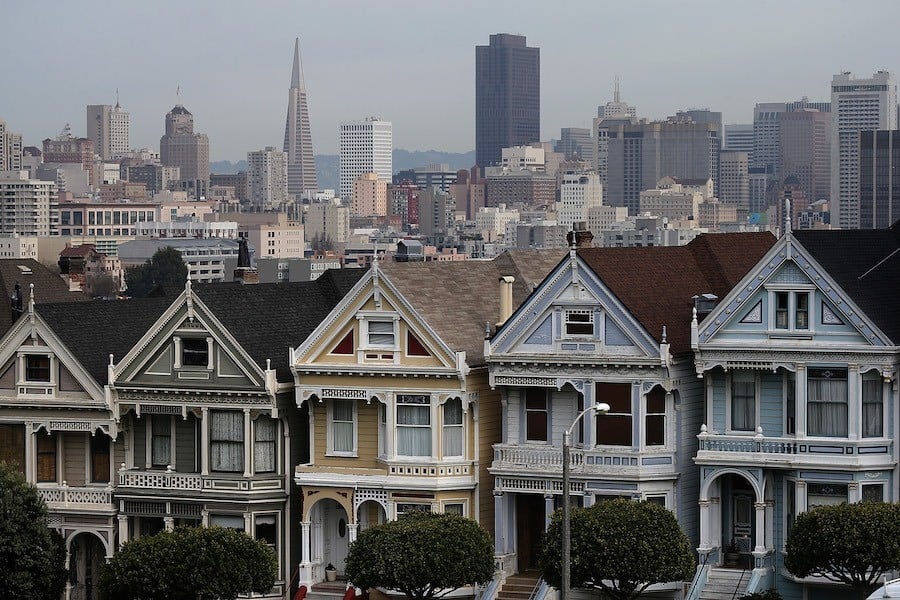 Justin Sullivan/Getty ImagesAccording to a report by mortgage resource site HSH.com, one would need an annual salary of $115,510 in order to purchase a house in San Francisco, where the median home price is $682,410.

Despite a growing economy and a rebounding job market, there’s currently a larger share of young Americans living at home with their parents than at any other point in recent history.

In 2015, 40 percent of young Americans — millennials between the ages of 18 and 34 — lived with family members, according to an analysis of census data by real estate tracker Trulia. This number has steadily risen since 2005 and is now the highest it’s been since 1940.

Before the last recession began, roughly one out of three in the 18-34 age range lived with parents, siblings, or other relatives. While the percentage had a recession-fueled spike at the end of the last decade, the trend never declined as it had after previous economic disasters.

From there it started to rise, as buying a household is closely correlated with affordability and income.

“I don’t think those are challenges that are going to keep young households permanently out of the housing market, but it may keep their homeownership rate near historic lows for likely the indefinite future,” said Ralph McLaughlin, Trulia’s chief economist, to the Wall Street Journal.

In this current economic climate, we now have an unprecedented situation in which the largest youth generation in U.S. history is simply not purchasing homes anymore.

Next, read about why millennials could have decided the 2016 president election, but didn’t, before checking out why you should be blaming 18th-century monarchs for selfies.