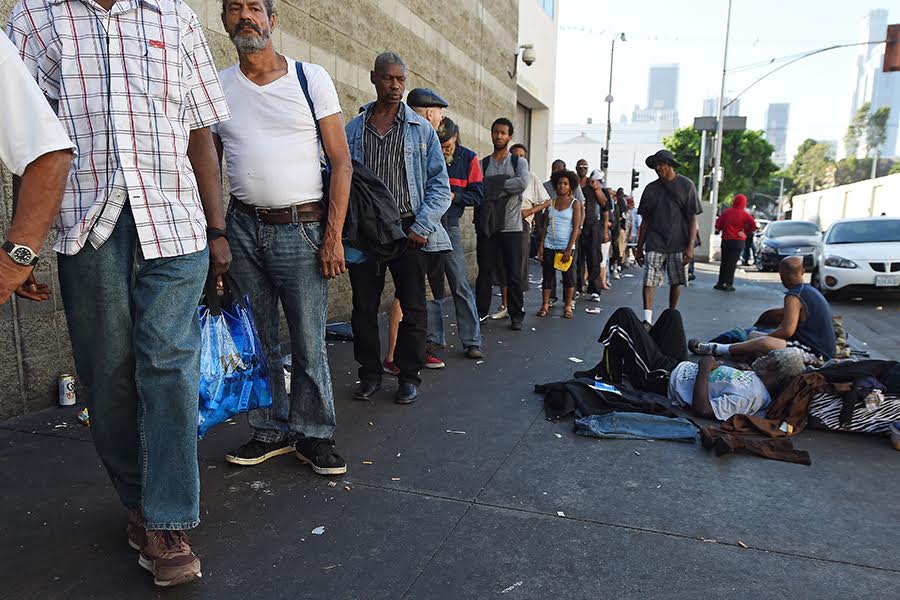 The L.A. County Board of Supervisors has proposed an ambitious “millionaire’s tax” as part of an effort to fund the city’s $2 billion plan to end homelessness.

The proposed “millionaire’s tax” would collect a half percent of personal incomes over a $1 million. The revenue, at most $300 million a year, would go toward funding the city’s new 47-point plan to end homelessness in the city.

Homelessness is a real problem in the City of Angels: The Los Angeles Homeless Services Authority estimates that L.A. County is home to 46,784 people, meaning that L.A. County has one of the highest homeless populations in the country.

It also boasts a high concentration of wealth: A 2012 Guardian report found that L.A. is home to 126,000 millionaires.

The 47-point plan will cost $1.87 billion over the next ten years, which the millionaire tax likely will not cover entirely — but will surely make for a good start.

The tax is supported by 76 percent of L.A. County residents, but that’s not to say there isn’t a highly vocal opposition.

“If this proposed measure is approved, the next time the County goes to the State seeking funding for infrastructure or jails, we could be turned away and told to seek the means directly from our residents.”

The county hopes to place the tax on November’s ballot for voters’ consideration, but that’s easier said than done. County governments do not have the authority to levy direct income taxes. Just getting the tax on the ballot requires that Governor Jerry Brown, and both houses of the legislature approve the proposal.

Los Angeles has already allocated $100 million to fund causes specifically aimed at ending homelessness, but until now has never had long-term, sustainable funding for anti-poverty and mental health programs.

If the proposal doesn’t get approved in time (Governor Brown would have to okay it by June 30), the county has another measure in mind: A half-cent increase in sales tax.

Check out harrowing photos from the L.A. riots. Then, read about how Oakland artist Gregory Kloehn is fighting homelessness with tiny houses.