"It was right at my back [patio door] window kind of scratching to get inside the house." 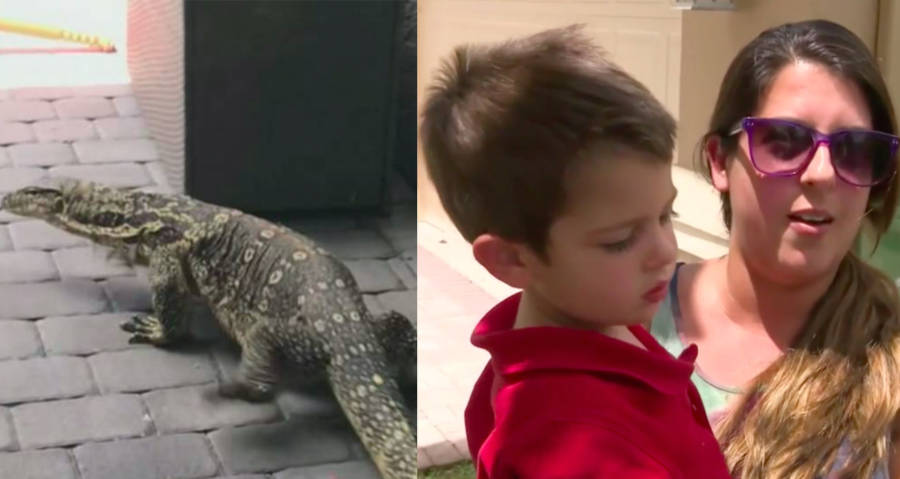 Finding a lizard in your backyard isn’t out of the question in Florida. But when the lizard is larger than an average man, things get scary.

Unfortunately, that’s exactly what a family in Davie, Fla. is experiencing right now. For nearly a week, a seven-foot-long, 150-pound monitor lizard has been stalking their home, according to the Local 10.

Maria Lieberman told Local 10 that on the weekend of Aug. 25 she and her two-year-old son Jack were about to go swimming in their pool when she first saw the monster lizard wandering around on their deck. 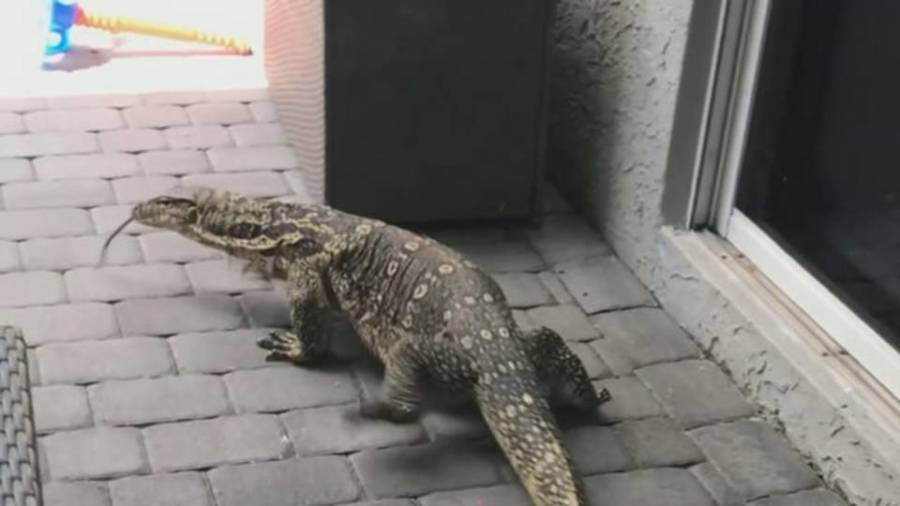 Maria and her husband Zachary also have a four-year-old daughter and the couple is afraid for their children’s safety with the creature roaming around.

“It’s scary. It’s big,” Zachary told the Sun Sentinel. “I’m more afraid of it than I would be an alligator because of my small children. On Sunday it was right at my back [patio door] window kind of scratching to get inside the house.”

Monitor lizards are not native to Florida, and the lizard stalking the Lieberman family is believed to be a pet that escaped from a home in their neighborhood just about a mile away.

The Liebermans quickly alerted Florida Fish and Wildlife officials about their problem and the officials have made several attempts to capture the animal. They’ve tried to trap the lizard using dead rodents and chicken thighs as bait, but so far nothing has worked. 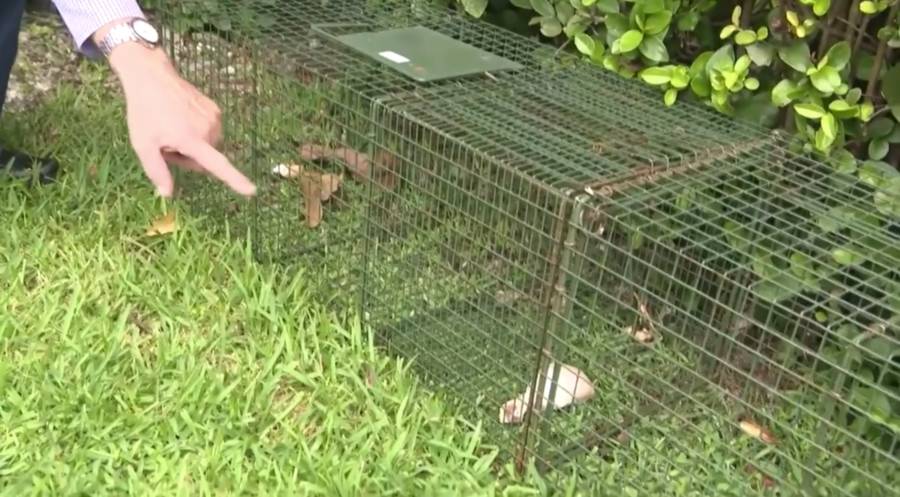 Local 10 NewsA chicken thigh inside of a trap designed to capture the monitor lizard.

Zachary said that they came close on Aug. 26, but the lizard narrowly escaped capture.

“I had a baseball bat with me that I was tapping on the ground,” Zachary to the Sun Sentinel. “He seemed to be following the tapping sound, but then all of a sudden he turned and made for the woods.”

Along with the Lieberman family, other residents in the area are concerned for their safety. The lizards aren’t known for attacking humans but can be dangerous when they are cornered or feel threatened. The Florida Fish and Wildlife Conservation Commission remains committed to humanely capturing the animal and hope to succeed soon.

“Since it’s a large, potentially dangerous lizard, we want to make sure that we remove it as soon as possible to minimize any impact it might have on human health and safety or any of our ecological natural resources,” Eric Suarez, FWC senior nonnative wildlife biologist, told Local 10.

The FWC officers believe that the scent of mammals is what keeps drawing it back to the Lieberman’s home. Zachary told the Sun Sentinel that raccoons frequently scavenge through his garbage can and they could be luring the lizard to their house. 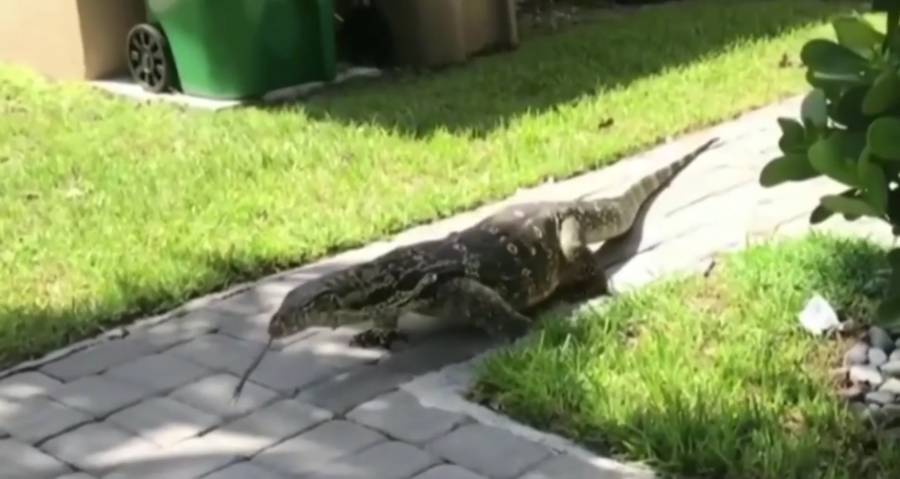 FWC officers also want to make sure to remove the lizard quickly so the non-native species does not become a permanent part of the area’s ecosystem.

“A similar species, the Nile monitor is established in Florida in a couple different counties and we definitely don’t want that to potentially happen with this species,” Suarez told Local 10.

Zachary doesn’t wish any harm on the animal but just hopes that the lizard is captured soon so his family can return to their normal life.

“The quicker we get it, the quicker my kids can go back in the pool and enjoy our backyard because right now they’re scared,” he said.

Next, read about Titanoboa, the 50-foot prehistoric snake of your nightmares. Then read about the 88-year-old Florida man who burned a raccoon alive because it ate his mangoes.