Humans Have More In Common With Monkeys Than Previously Thought, New Research Shows

Researchers long believed that only humans can know when their memory's off. 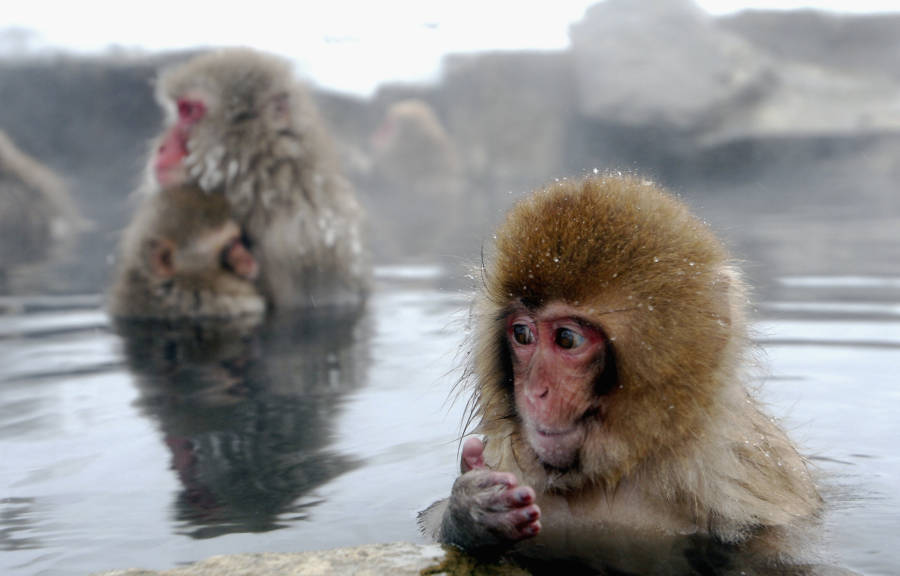 In the show Jeopardy!, contestants place a wager based on how confident they are in their memory.

If they’re sure it’s accurate, they might bet their entire winnings on the “Final Jeopardy” clue. If they have some doubts, they’ll likely gamble more conservatively.

This ability to gauge the strength of our recall abilities is one that serves humans well.

We use it when we call home to make sure we turned the stove off, or when we double check Facebook to avoid calling someone the wrong name. But this form of self-reflection isn’t unique to our species.

Monkeys, new research shows, also have the ability to know when they don’t know.

It’s a trait called metamemory, or the “self-monitoring and evaluation of our own memory.” And it’s long been believed to be unique to humans.

But two macaques monkeys along with scientists at the University of Tokyo proved that assertion wrong with a bit of monkey gambling, according to a study published this month in the journal Science.

Physiologist Kentaro Miyamoto and his research team showed the monkeys a series of images on a screen and asked them whether they had seen them before. The monkeys indicated yes or no using a joystick.

The screen then instructed the monkeys to place bets on how confident they were in their answers.

If the monkey bet high and was correct, it received a large reward of juice.

If it bet low, it received a small juice reward regardless of whether it was correct or not.

If it bet high and was incorrect, the monkey didn’t get any juice and had to wait longer before it was allowed to play again.

After the monkeys had been trained on the rules, the results found that they made higher bets more frequently when they were correct. This shows a self-monitoring ability to gauge how well they’re remembering and then make decisions accordingly.

In a group of monkeys, some are more dominant than others, psychologist Nate Kornell told the Smithsonian. It’s important for monkeys to treat the high-ranking monkeys with respect, or else they might be harmed or exiled.

So, say Monkey Kevin was interacting with Monkey Steve. If Kevin was unsure whether or not Steve was a big deal, he would act carefully until he figured out what kind of authority Steve had.

This ability had been previously suggested in other species. For example, birds were once shown to spend less time looking for food in a certain area if they were confident more could be found elsewhere. But this time, researchers didn’t stop after proving that this capability existed – they wanted to pinpoint where it existed in the brain.

After looking at MRI readings of what areas were activated as the monkeys placed their bets, they injected the animals with an ethically approved drug to temporarily turn off those specific areas.

This is significant not only for our hairy sister species, as researchers will now be able to develop deeper insights into how our brains judge…well, themselves. How we analyze our own emotions and perception.

“The data are striking,” Kornell, who was not involved in the study, said of its conclusions. “If I wasn’t a respectable, distinguished person, I would use certain curse words to describe these results, because they’re amazing.”