A 143-Ton Ball Of Poop, Fat, And Condoms Is Clogging London’s Sewer System

The fatberg weighs as much as 11 double decker busses and is longer than the London Tower Bridge. 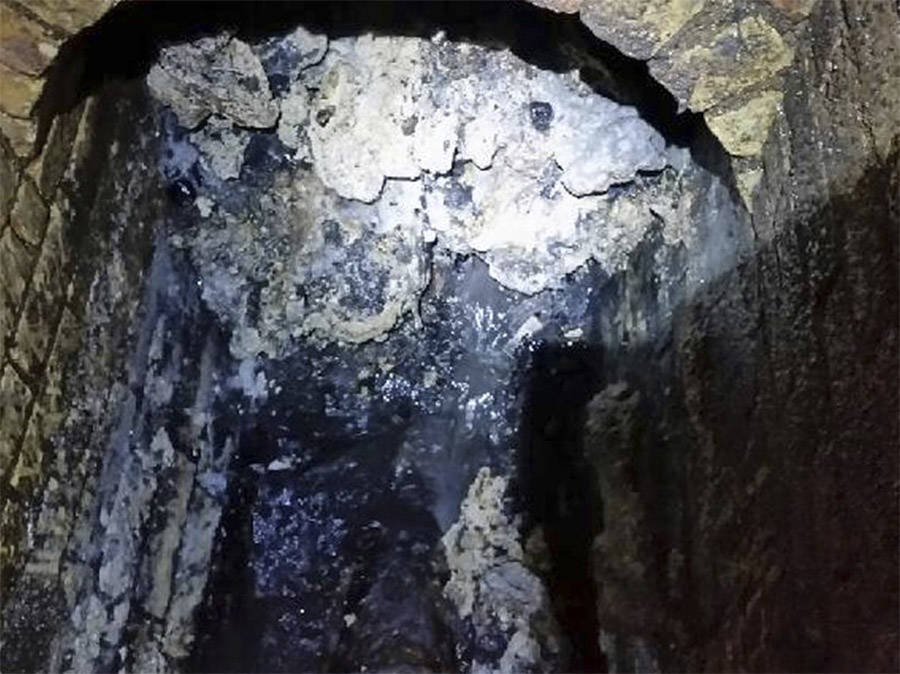 An 820 foot long fatberg has been found blocking a sewer in East London, and it is taking a lot of man power to get it out of the way.

The fatberg, a solid mass of congealed fat, wet wipes, diapers, oil, and condoms was found in a Victorian-era tunnel in Whitechapel. The Thames Water company said it was the largest they had ever seen and estimated the removal time at three weeks.

The fatberg weighs about 143 tons and is 820 feet long. For reference, that’s 20 feet longer than London’s Tower Bridge. It’s also about the same weight as a blue whale, earth’s largest animal.

Matt Rimmel, the head of the Thames Water’s waste network, expressed his shock at the fatberg and reminded everyone of how easily-avoided they are. Most fatbergs are caused by people putting things down their sinks and toilets that should be thrown in the garbage.

“It’s frustrating, as these situations are totally avoidable and caused by fat, oil, and grease being washed down sinks and wipes flushed down the loo,” he said.

Rimmer hopes the fatberg will remind people of the importance of proper waste disposal.

“The sewers are not an abyss for household rubbish,” he said. “Our message to everyone is clear – please bin it – don’t block it.”

Due to its immense size, removing the fatberg takes a lot of work. “It’s a total monster and taking a lot of manpower and machinery to remove as it’s set hard,” said Rimmer.

Eight workers will try to break up the fatberg using high-pressure hoses. They will then use tankers to suck up the pieces and take them to a recycling site in Stratford.

Despite the plan in place, it won’t be easy.

“It’s basically like trying to break up concrete,” Rimmer said.

Though this is the largest one found, the issue of fatbergs is one that has been plaguing London for years. In 2013, the Thames Water company found a bus-sized fatberg in a sewer in Kingston-upon-Thames. 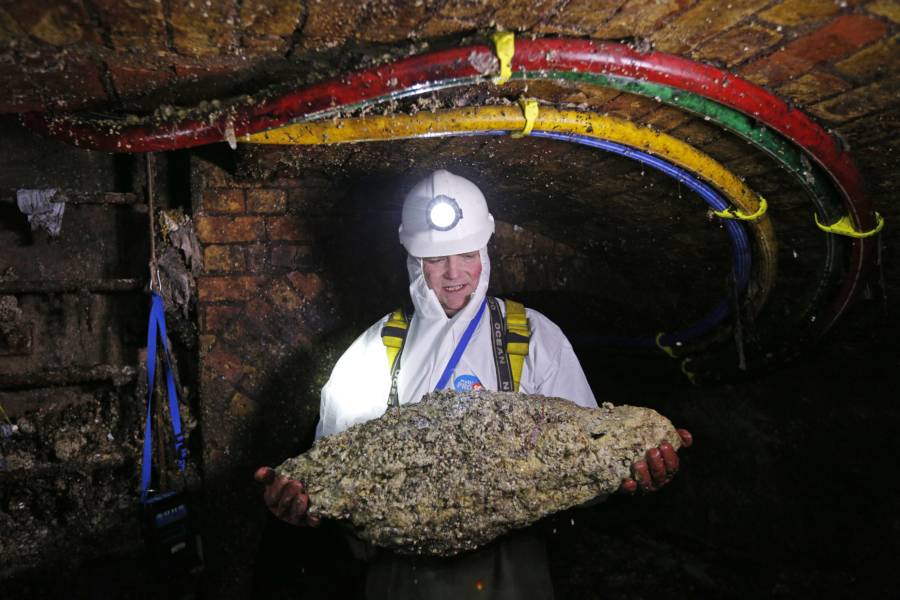 A spokesman for Tower Hamlets Council acknowledged the issue and the city’s plan for the future.

“We know this is a major issue across London,” he said. “We have set up a waste oil collection point with Truman Brewery in Brick Lane, and strongly encourage businesses to set up collection contracts for their waste oil with companies for recycling.”

Enjoyed this? Find out more about the history of London through these photos taken in the 40’s. Then, read about the tiniest shoe-shop in London.