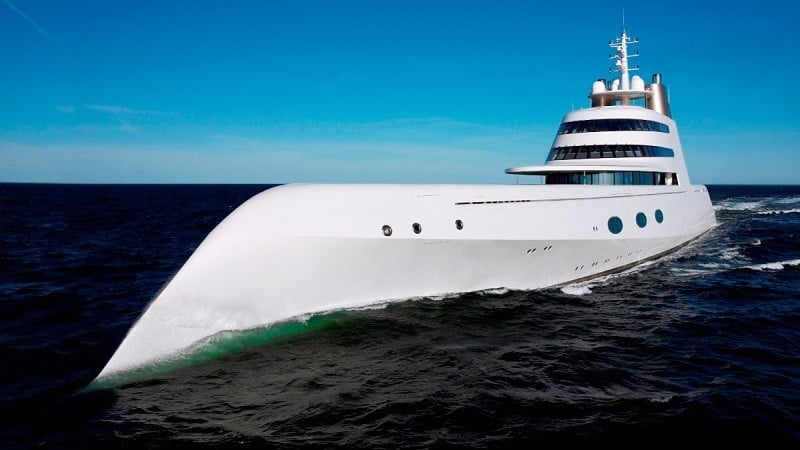 Adorned with three luxurious pools and thousands of fancy fixtures, Andrey Melnichenko’s crazy expensive yacht is so opulent that it would make even Caligula blush. Like Madonna and Beyonce, the “A” yacht is so spectacular that it was given a one-word moniker. The beautiful boat—which some say looks more like a submarine than a luxury liner—set Russian billionaire Melnichenko back a staggering 300 million dollars. The result is a fully customized floating paradise, complete with bath knobs that cost a reported 40 thousand dollars—each. For comparison’s sake, that could also pay around two years of Harvard tuition fees. 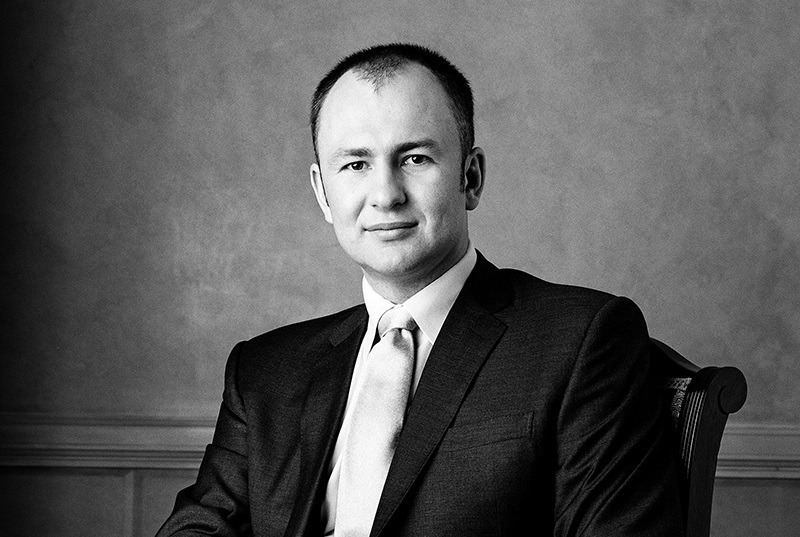 Russian-born Andrey Melnichenko is a self-made billionaire who earned his fortune first in a chain of currency-exchange booths, and eventually in banking, coal and fertilizers. He’s previously been name on Forbes’s list of the world’s billionaires. In 2005, Melnichenko married Serbian model and pop singer Aleksandra in the South of France. Despite their enormous wealth, the Melnichenkos are fiercely private, a trait that’s reflected in the streamlined, no-frills exterior of “A.” 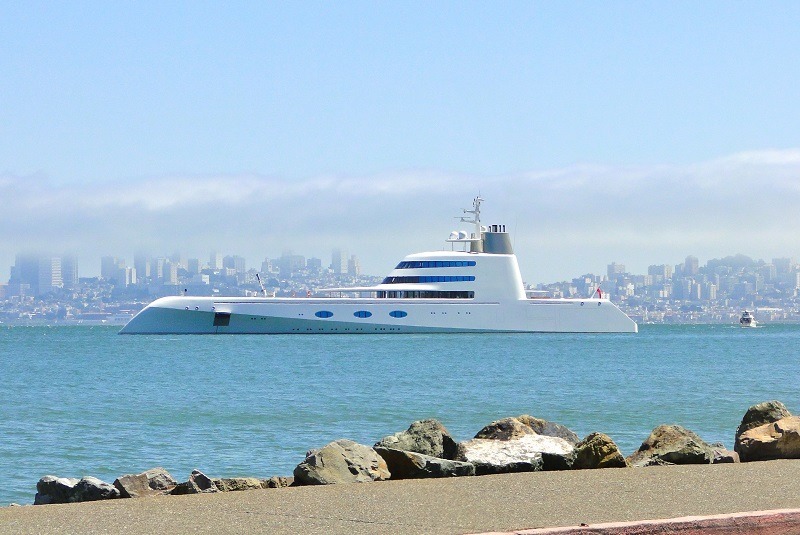 Luckily for Melnichenko, the yacht’s hefty price tag didn’t make much of a dent in his 11.5 billion dollar net worth. With nearly limitless funds, fancy additions like a handy touch screen navigation, bomb-proof glass and a button-operated rotating bed became an easy reality. Since news of “A” hit the internet, the expensive yacht has been the source of much discussion, with maritime enthusiasts both loving and hating the modern design.

Only a select few individuals have been given access to the expensive yacht’s master bedroom, which is protected by a fingerprint scanner. After all, the one thing that the family values more than material displays of wealth is ensuring that it stays with them. A favorite of designer Philippe Starck, crystal, glass and mirrors are found throughout the luxury boat, as seen in one living room cabinet that opens up into a glittering full-service bar. No luxury was spared when designing this expensive yacht; in fact, one room’s walls are covered by white sting-ray hides, and yet another by hand-stitched calf’s leather.

Check out this video, which offers a rare glimpse into the expensive yacht:

At 394 feet long, “A” comprises the length of a football field and basketball court placed end to end. Globally renowned designer and architect Philippe Starck designed the yacht, which features a 60-thousand-dollar hand-carved banister, along with a nifty helipad for good measure. Over the course of his life, Starck has designed and built thousands of projects spanning from furniture and vehicles to homes. His creations all center around one key philosophy, that each one should make life better for as many people as possible. 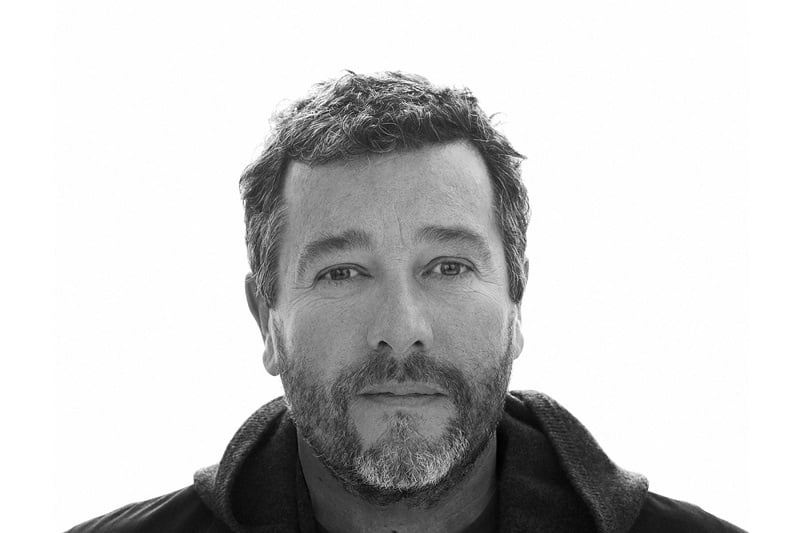 Philippe Starck, designer of “A,” Source: The Stairs 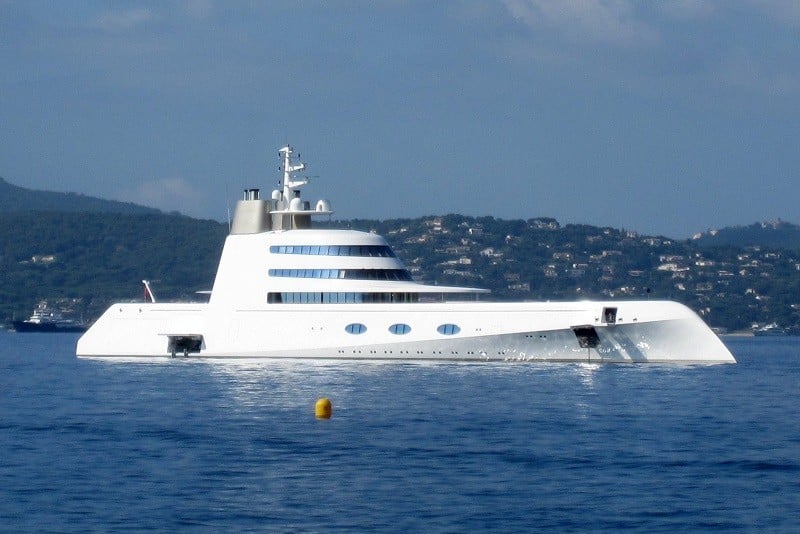