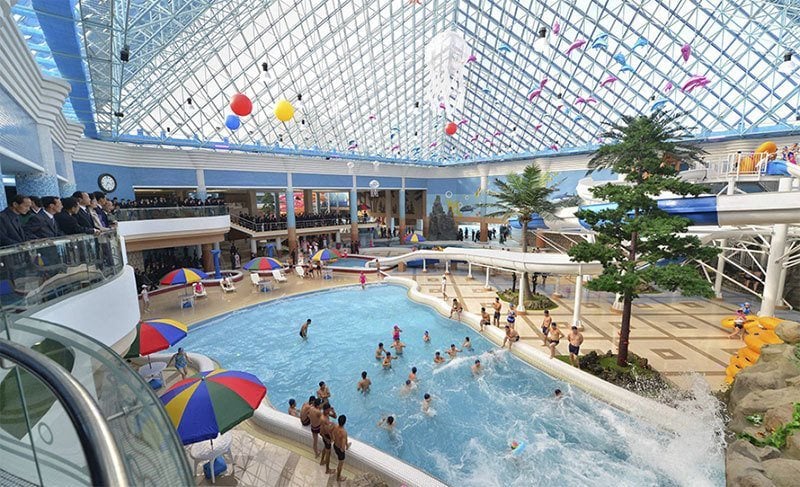 Although officials claimed that the park was built to ensure that the “party’s warm love for the people reaches the working people and school youth and children,” reality says otherwise.

Many North Koreans can barely afford to meet their basic needs, so aside from the uber-wealthy, relatively few people visit the water park. Still, large, elaborate construction projects like Munsu are a way for North Korea to “show the world” its wealth and power—and remind its citizenry that the revolution hasn’t failed.

Let’s just say that in North Korea, nothing—not even a water slide—is out of propaganda’s reach. 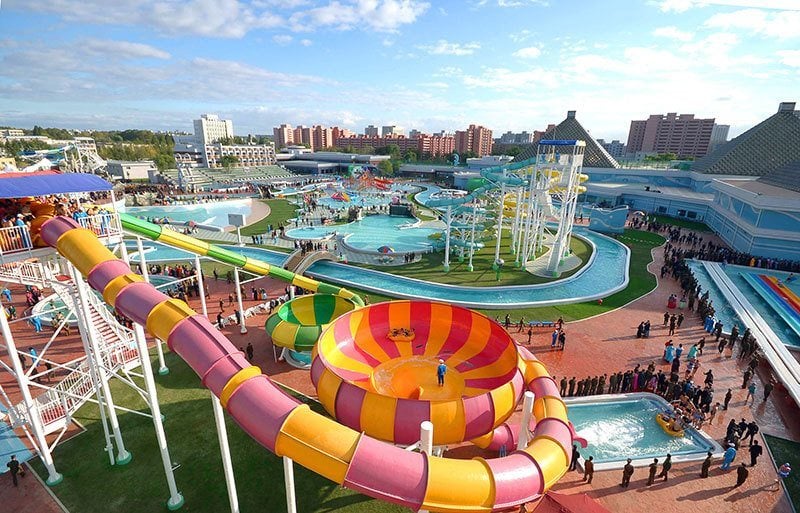 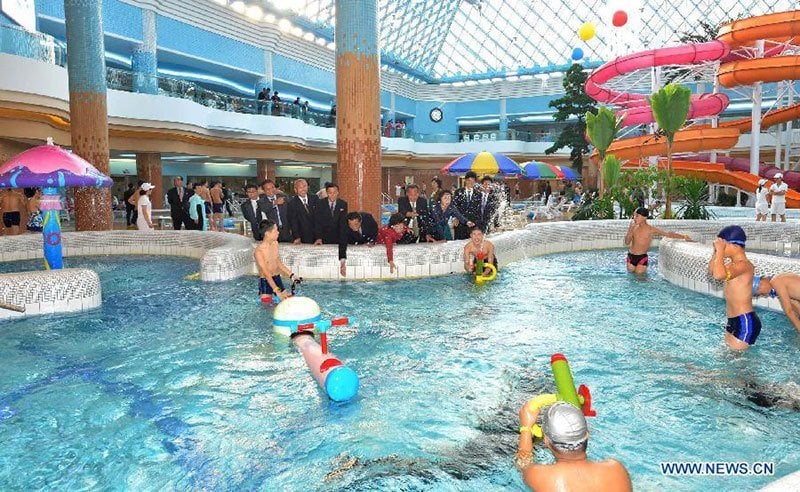 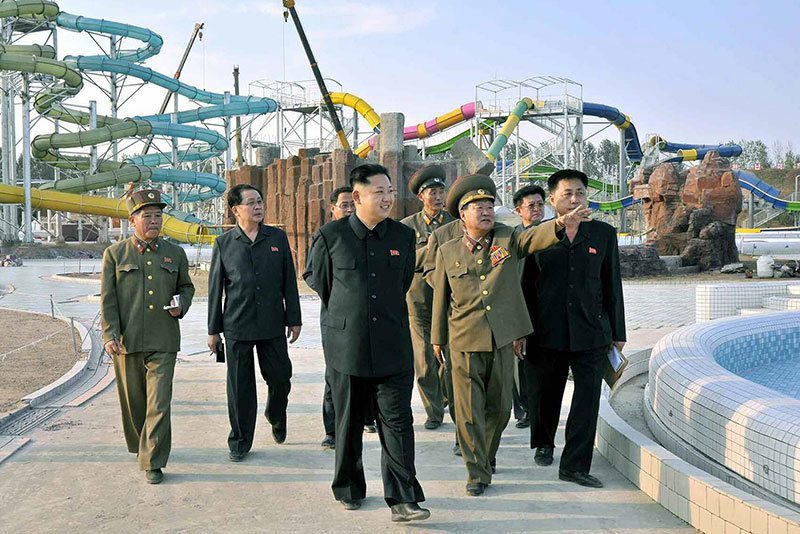 Kim Jong Un tours the water park with some of his advisors. Source: Entertainment Designer 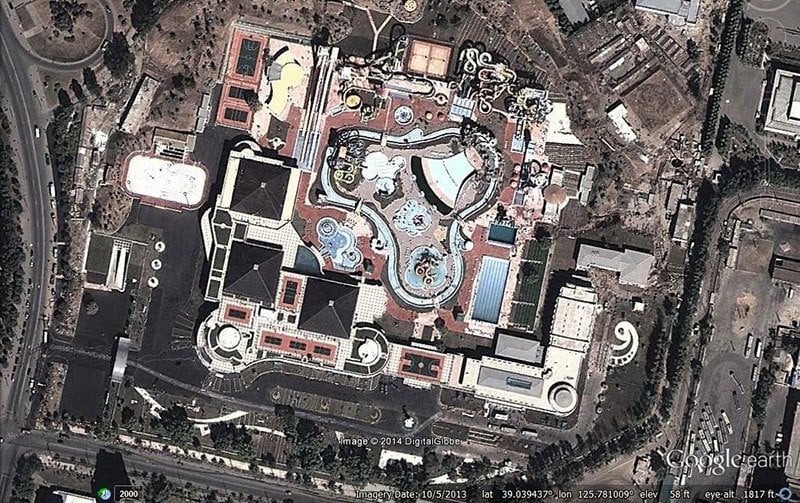